Federal judge who ruled against Pastor Scott Lively did not disclose outrageous background. Should have been disqualified from case. 12/20/2013 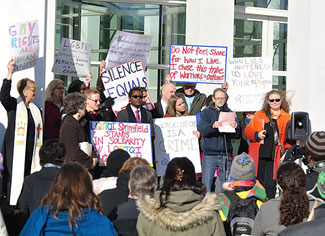 Fighting back: Scott Lively's lawyers file 109-page response to international "gay" lawsuit against him by Soros-backed group.  Countering latest round of vicious attacks against pro-familly activists. 7/6/2012