Let’s remember what July 4th is REALLY about 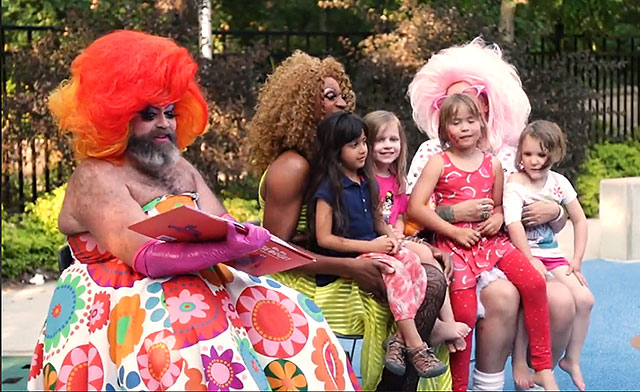 As Americans celebrate our Independence Day holiday by going on our picnics, ball games and beach outings, too many of us tend to forget what July 4th is really all about. Back in 1776, a group of colonists had had enough of being oppressed, and decided to take on the greatest military power in the world.

It seemed like a hopeless venture (sort of like conservatives view things today). But against all odds they won and drove the British out of North America.

Last week, MassResistance writer Amy Contrada wrote this powerful article that was published in the American Thinker. It encapsulates perfectly the attitude we need to be taking. We’re re-printing it here in case you missed it!

The transgender war on cultural norms is not just about restrooms and pronouns. It's about denying biological fact and quotidian reality. It's about an epidemic of irrationality, a cultural contagion, a mass delusion claiming more victims every day. It's about silencing free thinkers who refuse to bow to the radical "gender" ideology.

Absurd theories that deny scientific fact have been adopted by the mainstream press, the entertainment industry, the medical establishment, public schools, universities, corporate management, and government agencies. People who fear social isolation and charges of bigotry are following along.

How do those of us still grounded in reality fight this insanity? Not with misguided "compassion" or compromise, but with straight talk and tough love. Let's not waste our time analyzing or answering absurd gender theories with logical rebuttals. Those ideas don't deserve that respect. And the useful idiots who swallow the trans lies – whether as promoters, allies, or victims – will not listen to reason or science.

Refuse to go along with trans madness that declares:

Point out that there is no biological basis for transgenderism. Someone cannot be "trapped in the wrong body." We're all in the bodies we were meant to be in. 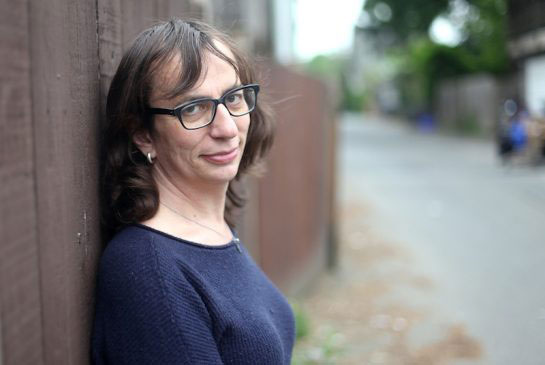 This man, who claims to be a woman, ran for Parliament in British Columbia. When pro-family activist Bill Whatcott passed out flyers in the district stating that he was a male (which is true) Bill was charged by a "human rights tribunal" with "hate speech" -- and faces heavy fines and other punishment. Is this where America is headed? (Photo: Oger Foundation)

Emphasize that people who identify as transgender need psychological counseling to escape their delusion.

Show true compassion by encouraging trans-identifying persons to accept their natural bodies. Help them avoid a lifetime of medical interventions (cross-sex hormones, surgeries, cosmetic procedures, counseling), infertility, stress-inducing efforts to "pass" as the opposite sex, and suicidal thinking and attempts.

Explain that there is no such thing as a transgender child. There are children who are confused, emotionally neglected, even abused. Parents who affirm trans identities in children are themselves confused or needy, vulnerable to social pressures, or willfully misguided by health care professionals.

Speak out against the ghoulish medical procedures being inflicted on children, including puberty blockers. To prevent puberty in a healthy young body is medical malpractice. Halting the development of a child's sexual organs, then adding cross-sex hormones, will guarantee sterility. That is a violation of a child's human rights. "Gender" clinics for children should be shut down.

Oppose laws or policies granting special rights to trans-identifying persons. They already have all the rights they need as males and females. Non-discrimination policies protecting ill defined "gender identity" are superfluous.

Demand that single-sex public restrooms and locker rooms allow only males or females. Attempts at compromise (e.g., single-stall restrooms for trans-identifying persons) effectively concede that trans identities are legitimate. In any case, such compromise measures will be opposed as "discriminatory."

Refuse to play trans language games, whether it's using their new words ("cisgender"), using their silly pronouns (ze, zir, zirs), or saying "they" or "he" when it's really "she."

Monitor and challenge trans-affirming policies in your local schools.

Schools are under "gender" assault – but there's new hope

What's happening in the schools is especially important. Gender-identity non-discrimination laws or policies applied to schools are intended to disrupt and radically transform all of society, not just support "trans children" in school. If children attend a school where boys can be girls and vice versa, many of these future adults will have been effectively brainwashed. 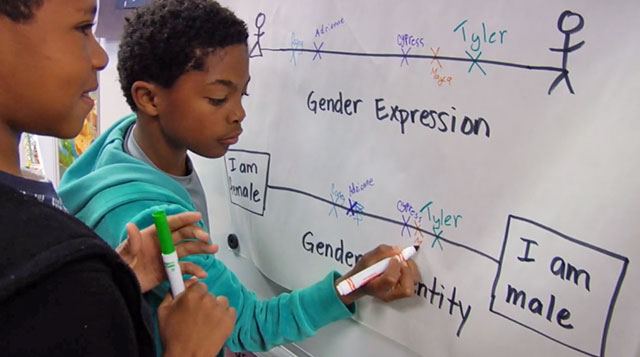 The Obama administration attempted to force public schools to enforce "gender" ideology across the board (not just in restrooms and locker rooms; see here and here). The Trump administration backed off from enforcing those regulations. But while the tables may be turning at the federal level, this is not true in many locales.

The Alliance Defending Freedom (ADF) has devised guidelines that may help restore sanity in schools. ADF explains that there is no federal law or regulation requiring schools to make allowances for trans-identifying students in restrooms and locker rooms.

(Let the ACLU bring its "discrimination" lawsuits against schools that refuse to kowtow to transgender demands! With more conservatives being appointed to our federal courts, there is some hope we can bring an end to supporting trans-identifying children who upend the entire school environment.)

Let's hope ADF's clarification doesn't stop with restrooms and locker rooms, but eventually expands to include resistance to other trans-affirming policies in the schools.

After all, rightly understood, a child's trans identification is a family issue. Parents should deal with their children's mental health problems privately, outside of school. It is unfair to drag the whole community into a family's distress. Communities need more outside support for that commonsense approach.

Don't try to convince brainwashed trans allies to reject trans insanity. But do embolden people who know in their hearts and minds that trans ideology is utterly false and destructive. They will resist if they see others doing so.

What's really at stake is thought control. Government and institutions are forcing people to deny reality and accept a destructive, nonsensical ideology – accustoming us to obey the most idiotic directives. If people can accept as fact that "some boys have vaginas and some girls have penises," they'll roll over for anything.

Amy Contrada is with MassResistance and author of Mitt Romney's Deception (2011). She has degrees from Tufts and Brown, plus a diploma in violin-making. See AmyContrada.com for some of her writing.

This article was quite well received by the American Thinker audience. It seemed to hit a nerve. Maybe that’s because so many “conservatives” and mainstream “pro-family” people are caving in to the intimidation from the Left and compromising on this issue.

Here is just a sample of the comments from that article.

It's about time that someone had the guts to write the truth about this movement. We are endangering our society by attempting to normalize people who have a mental illness and should be seeking help. Look at the parents of TLC's "Becoming Jazz". That boy has been on antidepressants since he was a very young child, and somehow we are suppose to believe that cutting off his penis will make him a healthy human being? He has never been given a chance to be a normal healthy human and sadly, like most people who suffer from this mental illness, he'll probably die young, thanks in part to his stupid parents.

I found this article to be very empowering. Thank you for writing it. My views aren't crazy, they're normal. They're not denying science, they're affirming it. They're not anti freedom, they're anti insanity. Stop the insanity, and stop forcing it on my children, my consciousness, and my nation.
NO. No more. STFU with your pseudo science already.

Thank you Ms Contrada for this article.
Sometimes I feel like I'm the only person that thinks this transsexual stuff is pure malarkey promoted by the mentally ill and sometimes very evil liberals with bad intent. It's good to see posters here that share these beliefs.

Amy, great article!
I worked in the medical field for years. I was in a field were I had to work with a lot of transgenders during their 'transition.' A lot had a family member or a friend along, and every one of them were mentality unstable also. I cannot think of one normal personality I came across that was associated with a trans. including their psychiatrist. They had to be cleared before we could do surgery and reading what these so called doctors wrote would blow you away. 95% were sexually abused as children and had mental illness stemming from it that grew worst than most. Instead of treating them (much more work), the doctors gave into the gender DYSMORPHIA.

We hope you all enjoy the Fourth.

But tomorrow, let’s come out fighting!