MassResistance-UK has some fun at the London “Gay Pride” Parade

Our “nope” stickers put things in a bit of needed perspective!

“We have now sunk to a depth at which restatement of the obvious is the first duty of intelligent men.”
– George Orwell (former resident of London) 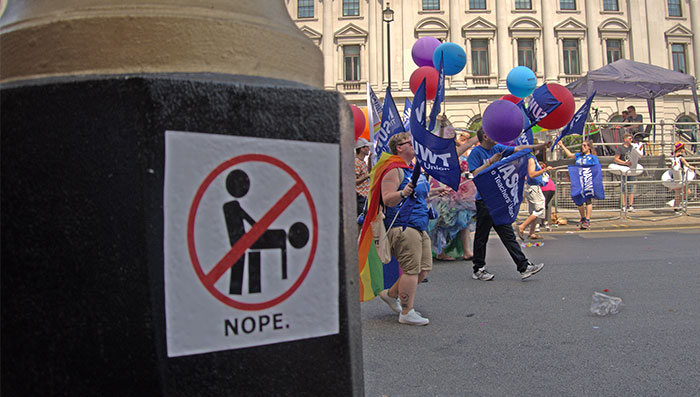 Restating the obvious: An "alternative opinion" appeared on utility poles in central London.

On July 7, London had its huge annual “Gay Pride” Parade. This year, some MassResistance-UK activists decided to do some minor infiltrating with a statement of their own. All in good fun, but at the same time actually quite serious.

That day (July 7) our infamous MassResistance “NOPE” stickers suddenly appeared prominently on utility poles throughout a main parade viewing spot in central London. The attendees really didn’t know how to react. They couldn’t believe that anywhere in a country such as the UK that is so oppressive against any perceived "homophobia" (with no First Amendment), signs like that would even be allowed to exist. But there they were, all over the place! 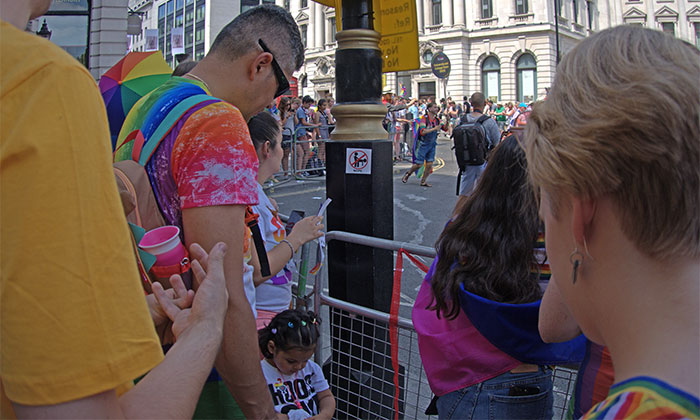 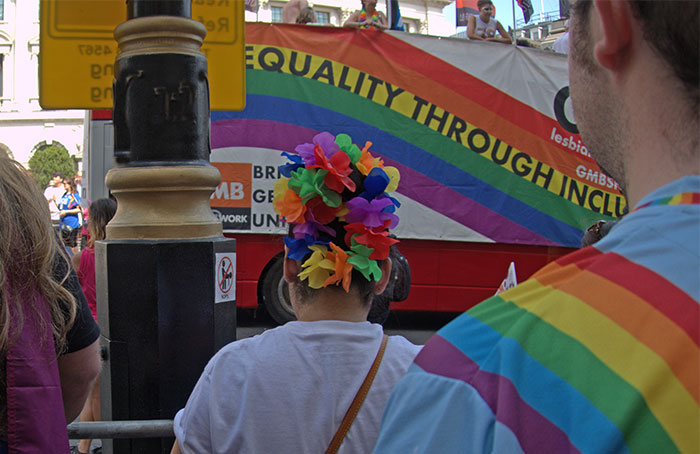 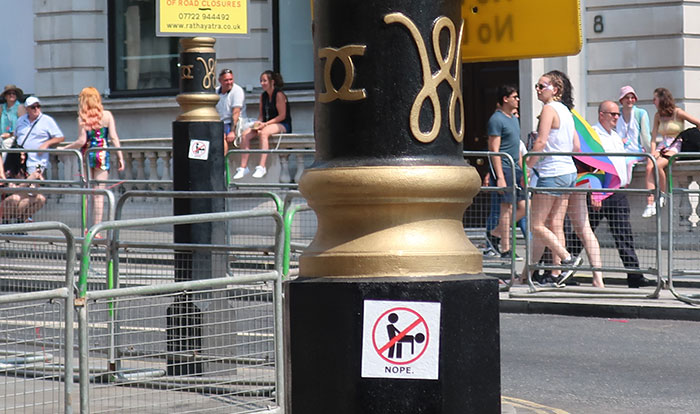 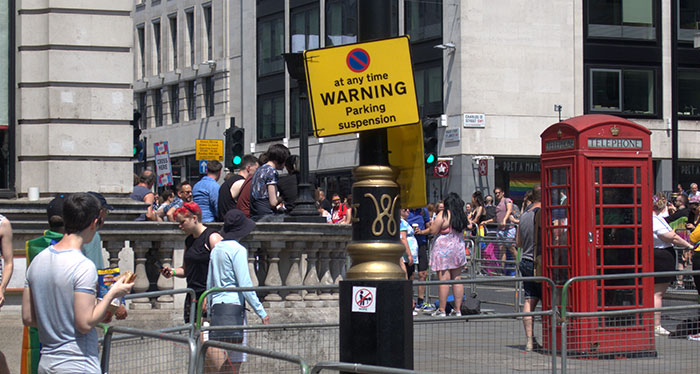 Yes, there are still telephone booths in England! 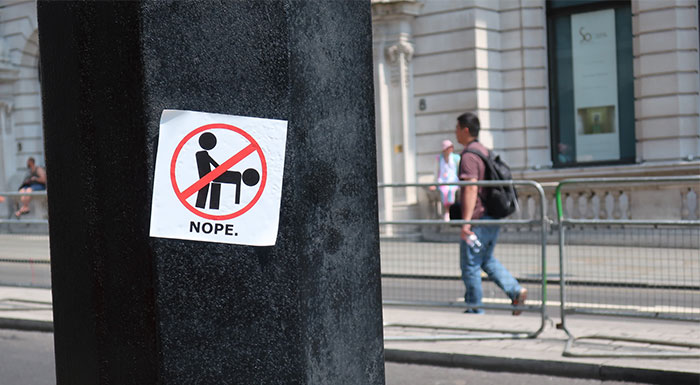 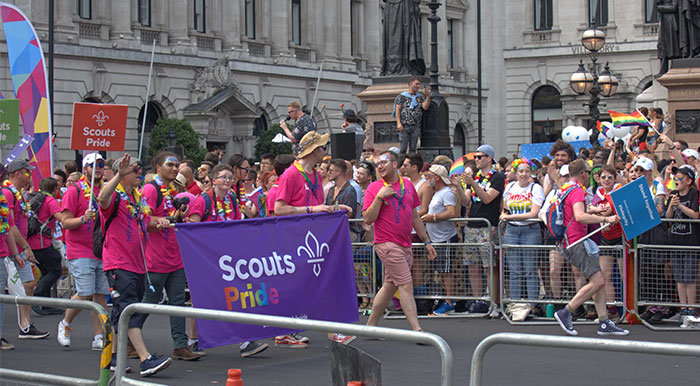 This is the future of the Boy Scouts of America, now that they've begun capitulating to the LGBT agenda. 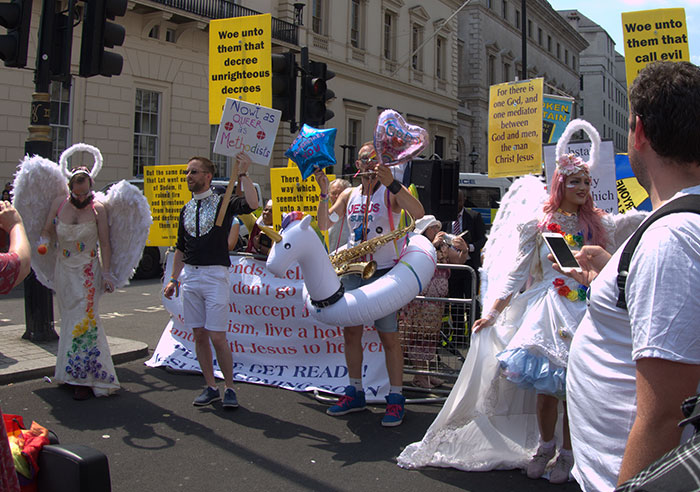 A group of Christians got a permit to hold signs at this spot. So these four men came and stood in front of them.

The city had its own "Pride in London" stickers all over the place, also. But those weren't as interesting as ours!

As Orwell said, it’s important that people constantly send the message that we’re not completely caving in to this lunacy, no matter how hard the Left and the powerful LGBT machine are imposing it. The truth – even in a rather uncomfortable delivery – is vitally necessary.

NOTE: You can get these stickers, too! Watch for our offer coming up.

COMING UP: This was just a prelude to the Bournemouth, England “Gay Pride” Parade that took place on July 14. At that parade, MassResistance UK activists came with big signs -- and eventually were attacked by LGBT rioters. (And the police were uninterested in dealing with it.) Watch for our report on that with photos and stunning video. 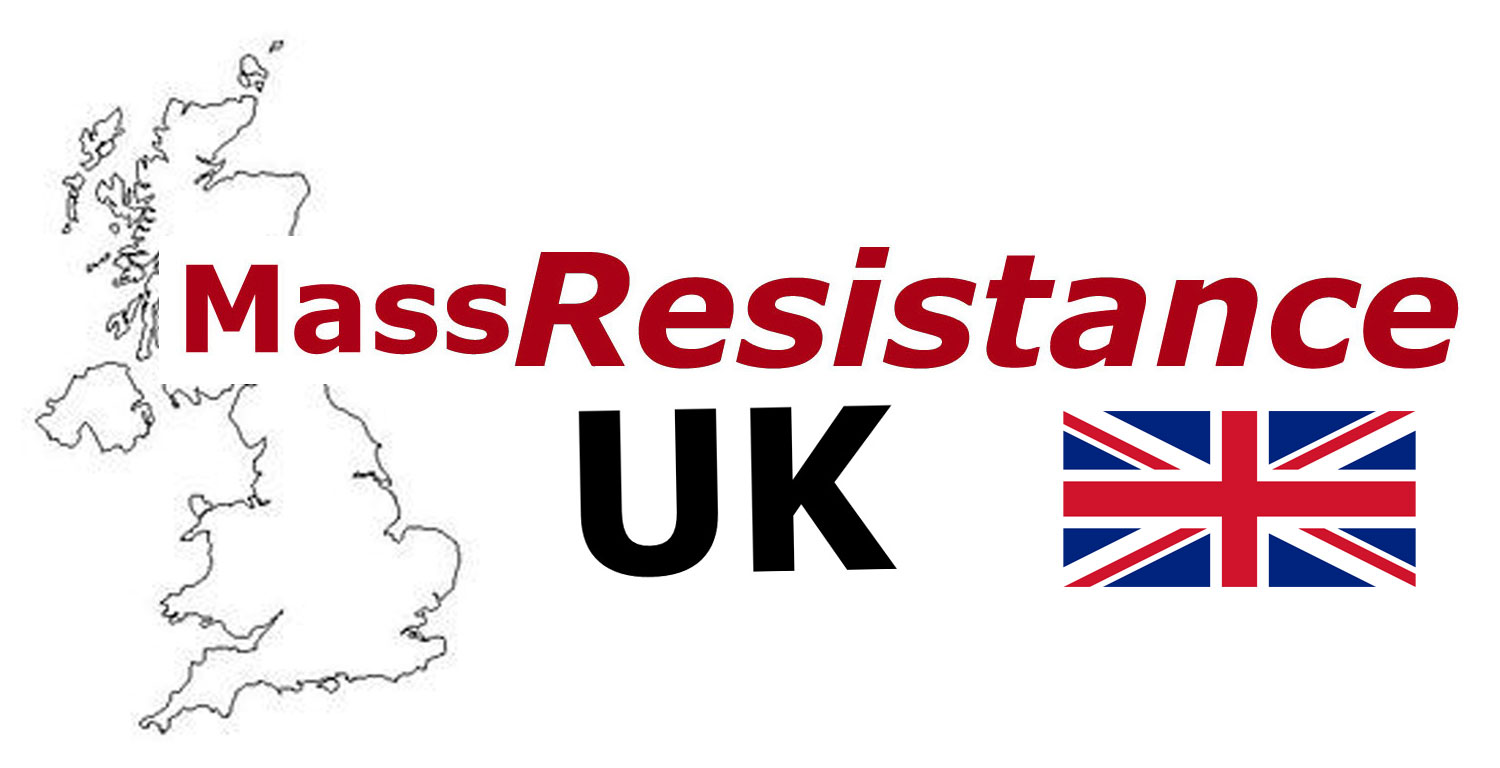