See incredible VIDEO of a mother in action!

Cross-dressing homosexuals out to disrupt the minds of a generation of children. 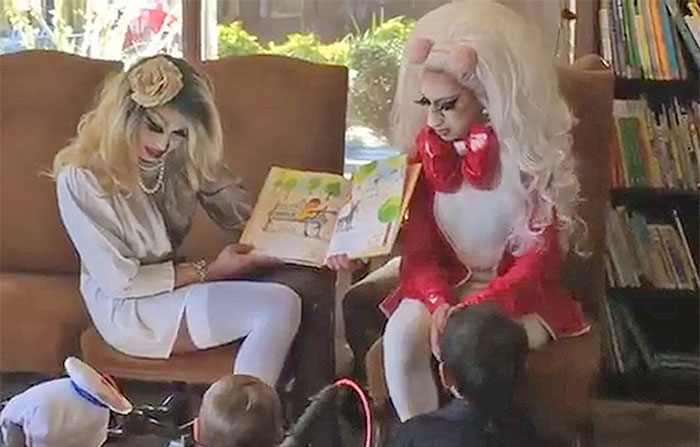 Inside the "Drag Queen Story Hour." These men are out to change the way children view reality.

The latest threat to young children from the LGBT movement is a horror show called “Drag Queen Story Hour.” And it is happening in libraries and bookstores across the country!

THIS IS HOW ACTIVISM WORKS!

Most of the so-called drag queens are homosexuals, not “transgenders” (i.e., they don’t actually think they’re women). Clearly, their interest is pushing the entire spectrum of LGBT behavior on children.

Most people are revolted by this but are afraid to do anything. But not our MassResistance activists! Once again, we were on the ground to confront it.

They admit: “We are trying to groom the next generation.”

These homosexual activists are very open about their goals. Their own literature says that their purpose is to “give kids glamorous, positive, and unabashedly queer role models” and to encourage young children to “defy rigid gender restrictions.” They want the vulnerable minds of very young children to accept destructive LGBT behaviors as normal.

As LifeSiteNews recently reported, a homosexual drag queen in Louisiana told a local city council meeting, “We are trying to groom the next generation.” To the LGBT movement, the Judeo-Christian view of men and women is repugnant and must be countered.

Riverside, California, is a relatively conservative area in a very blue state. It’s the kind of place that the LGBT movement likes to target. Usually they choose a public library, but this time it was at a bookstore – the Cellar Door bookstore – not far from the center of town. It has a prominent children’s section and regularly schedules story events for local children – though not like this one! 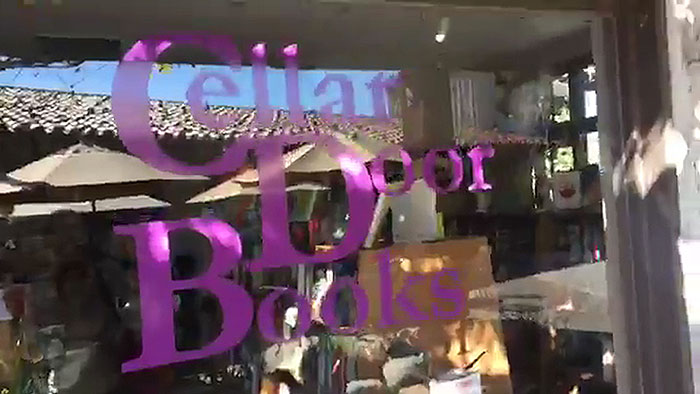 They advertised the event for Oct. 27, right before Halloween. In the weeks leading up to the event, local MassResistance parents called, emailed, leafletted, and even talked to the owner personally to try to convince her not be part of this horrible agenda targeting young children. But she refused to budge. It went on as scheduled.

Parents fight back: Here’s how you do pro-family activism!

The morning of the event, a MassResistance mother, Genevieve, along with another activist, Jesse, walked in with their cell phone cameras. Genevieve stood near the front and began videoing the “drag queens” as they made their presentation. The man stayed in the back to video their interactions with Genevieve.

Before long the bookstore owner and some other pro-LGBT activists confronted Genevieve and surrounded her, and the scene began to get chaotic. The owner told Genevieve to leave, but she refused. “You advertised this as a public event,” she said. “And I’m the public.” 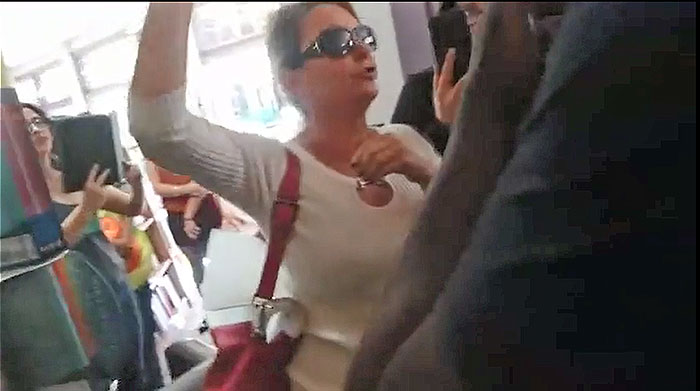 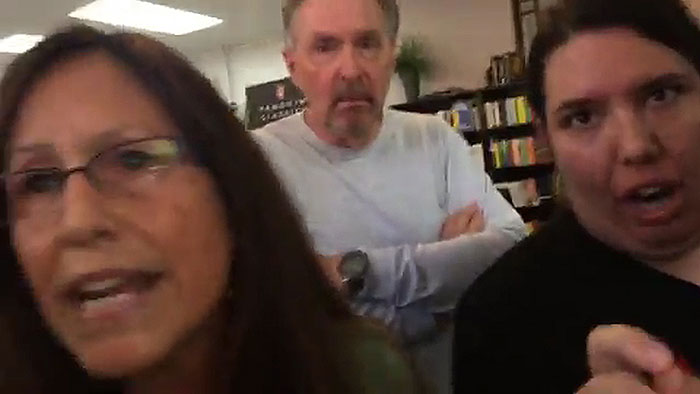 ... and they were not happy with her being there! But she stood up to them.

She was fearless and didn’t mince words. (This is very important – most pro-family people are afraid to express their justified outrage.) Being very firm and (mostly) polite, Genevieve told them exactly what she and so many others think about what they are doing to children. Judging by their reaction, nobody in the room had ever been rebuked that directly.

A few of the pro-LGBT activists brought out a curtain and held it up to block Genevieve from filming the drag queens. Then one of the drag queens came over to try to "dialogue" with her. Both our MassResistance activists stood their ground the whole time. 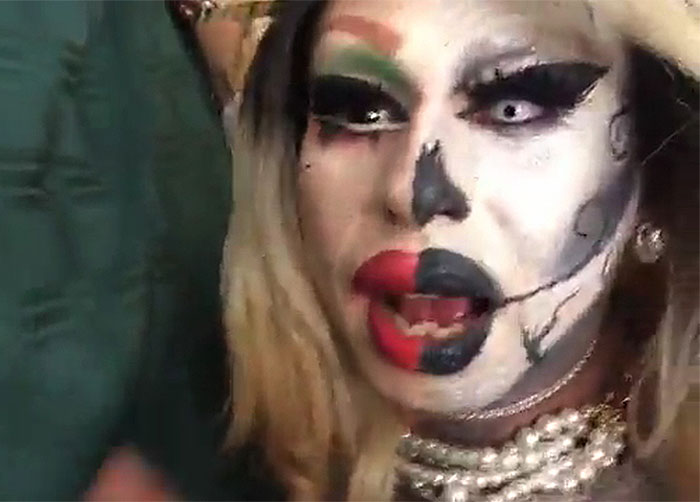 One of the drag queens came up this close to Genevieve.But she wasn't intimidated at all.

Clearly, they were all rattled by Genevieve’s direct words. Not surprisingly, the bookstore owner claimed that the outrage against the event was “hate” – and what the drag queens were doing to children was “loving tolerance.”

Soon the police arrived. Genevieve and Jesse walked out the door with them. Standing outside of the shop, she calmly explained to the police what was going on inside and why she and Jesse did what they did. The police actually seemed supportive of them - and were certainly not hostile. 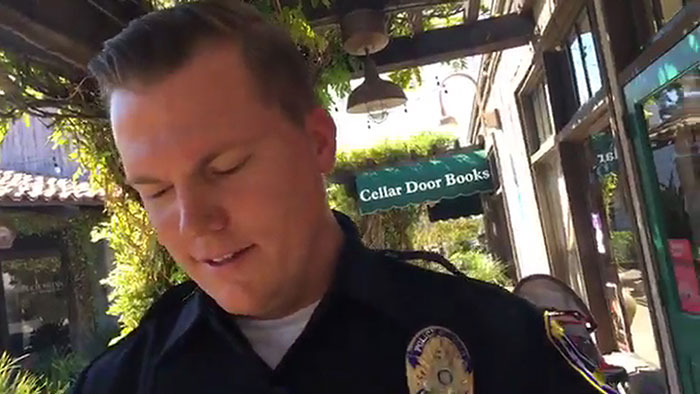 The police really couldn't have been nicer!

Genevieve and Jesse had made their point in a big way. Genevieve had livestreamed her video on Facebook and it quickly went viral.

The word REALLY spreads as the media picks it up

The social media storm erupted about the confrontation, and a few days later the Los Angeles NBC-TV station called her and they interviewed her.

The TV report was biased, but not extremely so. Genevieve got some good words in. As usual with pro-LGBT liberals (most who were referred to only as "parents"), the shop owner and the drag queen relied on the tired “hate speech versus love and tolerance” line and refused to deal with what they were really doing to children.

We'll call this a success!

With the social media and TV coverage, our California MassResistance activists definitely woke up a lot of people and made a strong statement that got the attention of the opposition as well as our supporters! A lot more people in Southern California now know what's going on - and that there are people unafraid to oppose it!