No more mush – we need to tell the truth!

Across the country the LGBT political movement is pushing so-called gender-identity non-discrimination “transgender bathroom bills” with frightening success. Much of that is because most pro-family people are reluctant to confront the issue directly. But we’re not – as you will see in this video!

On Oct. 7, MassResistance executive director Brian Camenker debated a transgender activist (a man dressed as a woman) on Question 3 – a statewide referendum on the Nov. 6 ballot.

In 2016 the Legislature passed (and GOP Governor Charlie Baker signed) a horrible transgender public-accommodations non-discrimination “bathroom” bill. Question 3 is a referendum to decide whether to keep it (a “yes” vote) or repeal it (“no”).

The venue was a forum in Canton, Mass, a suburb south of Boston. It was before a pretty hostile crowd of mostly local liberals. But, of course, that didn’t intimidate us. (Note: The sound quality of the video is spotty, so we’ve added subtitles for convenience.) 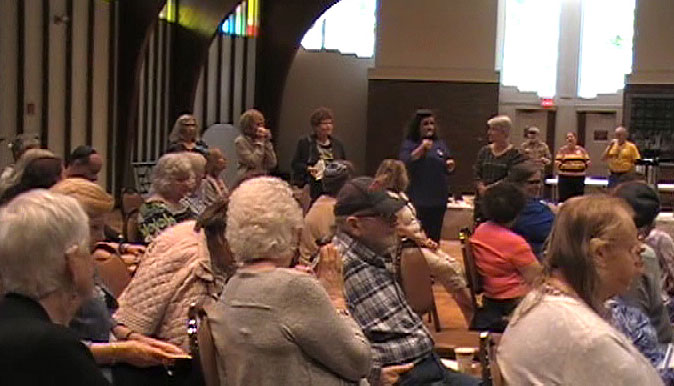 Lining up to ask questions or make comments.

Let’s be honest: This isn’t really about bathrooms, per se. This is about forcing the lunatic ideology of “transgenderism” on everyone. But in Massachusetts (and just about everywhere else) the “establishment” pro-family groups simply refuse to say that, or even criticize the concept of “transgenderism.” So they come up with “less inflammatory” arguments. But that rarely works.

For example, during the debate in the Massachusetts Legislature over this law, the pro-family legislators would not say that transgenderism is a mental illness (which it is) or that it’s destructive and harmful to these confused people – and society. Instead, they said that (1) transgenders already have legal protections, so we don’t need these extra protections; and (2) this would allow predatory men to use the law to gain access to women’s bathrooms and showers. Both of those arguments were technically true, but they weren’t very compelling to the other politicians being pressured by the LGBT lobby’s very emotional “civil rights” arguments.

We believe – as you’ll see in the video – that the only way to deal with this issue is be truthful, unafraid, and hit it head-on. The NoTo3 Ballot Committee was formed to promote this approach so that people in the state will hear this in the blizzard of LGBT propaganda on this issue.

A few of the points that we make:

Sadly, we’ve found that our most annoying antagonists have been the pro-family establishment people in Massachusetts, who have tried to keep this more complete message out of the conservative media, the mainstream media, and general public forum. 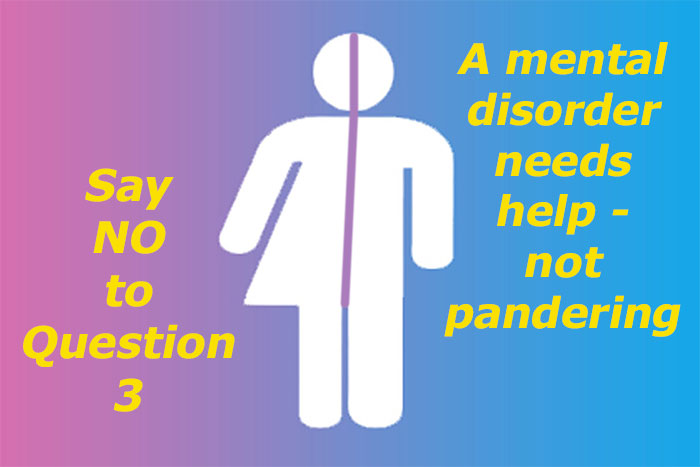