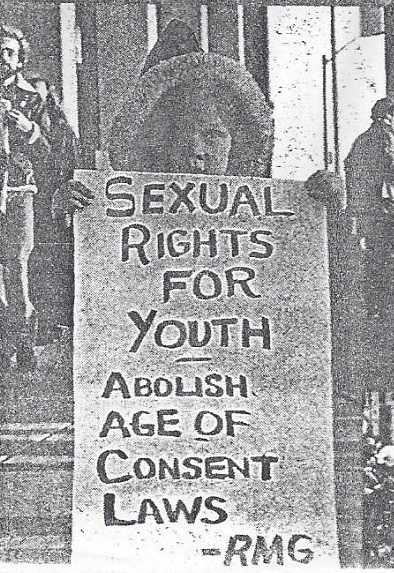 It has now been 50 years since former Prime Minister Pierre Elliot Trudeau famously plagiarized the Globe and Mail writer Martin O’Malley’s intellectually dishonest comment, “the state has no place in the bedrooms of the nation.” Of course, we can look at the past 50 years and see what Trudeau assured us would merely be legalizing private consensual activity in the bedroom has grown into something much more than that. In a few short years, sodomy moved from the bedroom to the public square in ways completely unforeseen by Canadians at the time and really without precedent in history.

The first public display of support for homosexuality in Canada appeared on Hanlon’s Point on Toronto Island in 1971, two years after Pierre Trudeau legalized sodomy. The event was known as “Gay Days” and was organized by two homosexual activist groups, one known as “Toronto Gay Action” and the other as “The Community Homophile Association.” If one reads the early accounts of these activist events, one can see public nudity and promiscuous sexual activity was already integral to the so-called “gay” liberation movement.

Ontario’s current bisexual NDP MLA [New Democratic Party Member of the Legislative Assembly] for Toronto’s Parkdale-High Park riding [electoral district], Cheri DiNovo, can frequently be seen in the earliest pictures from “Gay Days” as a young woman at Toronto Island’s Hanlon’s Point. In a recent interview, she spoke of partaking in Toronto’s early “gay” liberation movement and she speaks approvingly of the early 70’s as being “sexually uninhibited.” In 2015, DiNovo won a major victory for homofascism after she successfully tabled legislation in the Ontario legislature outlawing professional help being offered to minors struggling with unwanted same-sex attraction.

Throughout the early 1970’s, DiNovo fought for what she would describe as “tolerance” for homosexuals and transvestites. Today, now that her agenda is the one in power, she has very little tolerance for Christians who do not want to embrace homosexuality.

In 1971 homosexuals held their first march in Ottawa, and by 1972 the first public homosexual rights march was held in Toronto. By 1973 marches were held simultaneously in Ottawa, Vancouver, Toronto, and Montreal. The 1973 Toronto “gay rights” protest particularly grabbed my attention. Sodomy was only legal in Canada for less than five years, the public face of the sodomite rights activist movement was still new, and in 1973 the Toronto parade already featured a small child carrying a sign that she could not possibly understand that read: “Sexual rights for youth, abolish age of consent laws now!”

The first significant homosexual publication in Canada, The Body Politic, was founded in 1971. In 1975 it morphed into what is known today as the Pink Triangle Press, which for decades published the notorious Xtra newspaper. Xtra was the largest homosexual newspaper in Canada and at its height in the 1990’s it had a circulation of 100,000. Xtra regularly featured pornography and multiple pages of male prostitutes for hire. The newspaper was also well known for its radical homosexual activism and obscene stories. Today Xtra is no longer offered in news print, but Pink Triangle Press still offers Xtra to its homosexual readers online.

The Body Politic, like its successor Pink Triangle Press, was a radical publication even by today’s standards. One of its earliest writers, a prominent Toronto homosexual activist named Gerald Hannon, wrote a notorious piece in The Body Politic titled “Men loving boys, boys loving men.” Hannon worked simultaneously as a male prostitute and a Ryerson University journalism professor and though retired, continues to argue for “liberalizing” age-of-consent laws to this day. The coarse language and homosexual pedophilic fantasy thinking aside, the most enlightening element to reading this seminal (in a disturbing sort of way) article was how the writer so overtly hated Christianity.

Keep in mind, "Men loving boys, boys loving men" was written and published in 1977, and Canada was very different back then. In the 1970’s very few Canadians supported homosexual rights in any sense. Eighty percent of Canadians identified as Christian and only four percent identified as atheist. It was in this environment Hannon published an article advocating man-boy sex and disparaging conservative Christians and prayer.

After that article was published, the police raided The Body Politic and charged Hannon and four other sodomites who helped run the militant publication with Distribution of Obscenity. In November 1982, in a major victory for homosexual activists who wanted to publicly advocate for sex with minors, the Ontario Court of Appeal threw out all charges against The Body Politic and called “Men loving boys, boys loving men” free speech.

Sadly, in the 1980’s homosexuality began to be presented in a favourable light in the Canadian mainstream media, the first homosexual oriented movies slowly started to appear on prime-time Canadian TV screens, newspapers such as the Globe and Mail and Toronto Star began to editorialize in favour of homosexual rights. And concurrently the first loss of real freedoms began to be felt in Canada, though few noticed at first.

The original vision marketed for Human Rights Commissions [HRCs] was that they would be remedial in nature and not very punitive. In the 1980’s if an employer or landlord was found to be in breach of the code, they would typically receive what one might call a “slap on the wrist.”

A typical case in the 1980’s might be an employer firing a woman for getting pregnant or a landlord not renting an apartment to someone who was black or native. The employer or landlord back then might have to compensate their complainant $1,000 or so and maybe take a class on non-discrimination, and while no landlord or employer would enjoy the process, life would go on.

Today, few believe HRCs are truly remedial and non-punitive in nature. Indeed, HRCs are now enforcing homosexual rights complete with anti-free speech codes with vigor. The amount of compensation awarded in so-called discrimination cases has skyrocketed and most of the provinces now prosecute speech critical of homosexuality. While getting fleeced for $1,000 in 1980 by an HRC was a pain for the average wage earner back then, it was something the average person with a job or a business could recover from fairly quickly, and the fleecing could be presented to the public as remedial and educational in nature if the person getting fleeced had refused to hire someone because of their pregnancy, race, or religion.

However, over the last two decades provincial legislatures have quietly and substantially increased the compensation awards from something that an average wage earner could recover from to something that could be quite literally life altering today.

In 2014, the BC Human Rights Tribunal imposed a $75,000 penalty on the University of British Columbia because of alleged “loss of dignity and hurt feelings” for a student who they removed from their medical school program because they believed he could not perform his duties due to ADHD and depression. This punitive category is typically the grounds used to punish Christians for so called “hate speech” when we witness against homosexuality and transvestitism. Indeed, Mr. Ronan Oger – the transvestite VP of the BC NDP – is currently prosecuting me for distributing election flyers last year correctly gendering him as a male and telling voters God did not want them to vote for him. Ronan is alleging he needs tens of thousands of dollars in compensation for “injury to dignity and loss of reputation.” With the current case law being what it is we expect Ronan’s lawyer to seek compensation in the $75,000 range.

In another case involving the Quebec Human Rights Commission advocating for two Montreal homosexual activists, Theo Wouters and Roger Thibault, we can see the punitive and homosexual activist nature of our present-day Human Rights Commissions and Tribunals. In fact, according to Quebec Provincial Court testimony, Wouters and Thibault had a long list of enemies whom they considered “homophobes,” including police, news reporters, their former Mayor, and unfortunately Wouter’s and Thibault’s neighbours.

One of their neighbours, Bob Walker, had the audacity to complain to them about their dog barking and that mistake – with the help of the Quebec Human Rights Commission and national media – turned Mr. Walker’s life into a living hell.

Provincial court records showed the two homosexual neighbours stalked Mr. Walker, videotaped him when he was on his own property, phoned the police on him multiple times, and had him charged after they falsely alleged Walker threatened them. And they had 4,000 fellow gay activists picket Walker’s neighbourhood and demonize him on social media. An unbiased person knowing the facts could reasonably conclude it was actually the homosexuals who were victimizing their heterosexual neighbours.

However, it was the homosexuals Wouter and Thibault who filed a Human Rights complaint alleging discrimination and hate speech based on their sexual orientation against Walker and two other neighbours, one who belonged to a local Brethren church.

Interestingly, the criminal court found the testimony of the homosexuals lacked credibility and Mr. Walker was acquitted. Walker sued Thibault and Wouters for defamation and in the end the homosexuals agreed to pay Mr. Walker $150,000 and write a letter of apology for their constant filming of him and his family, and they acknowledged that the numerous complaints they made to the police and their smears of his character on the Internet were false.

There are many other disturbing cases with HRCs imposing ridiculous awards and engaging in gay activism (rather than impartial legal proceedings) that I can go into.

A Christian Mayor named Dianne Haskett in London, Ontario was found guilty of discrimination in the 1990s for declining to proclaim “Homosexual Pride Day.” The complete disregard of her conscience rights and the fine of $10,000 was outrageous enough, but even more outrageous was the fact that the Ontario Human Rights Tribunal took it upon itself to sit on their judgment for 18 months, then drop it in the middle of her election campaign in an obvious attempt to influence London voters to not vote for her. The Tribunal’s disingenuous, pro-homosexual, bully tactic, masked poorly as an impartial legal proceeding, failed and the Mayor was re-elected to another term. But still, the overt homosexual activism in what was supposed to be an impartial legal proceeding was disturbing.