Part 2: The parade – floats and marchers

More police marched with the parade than actual participants!

This was the most heavily guarded "fun" parade that the world has probably ever seen.

The parade wasn't very big, but included two elements that the Left simply cannot allow: a parody of "gay pride" and support for President Trump. That with a bunch of happy participants was more than any totalitaritian could stand! 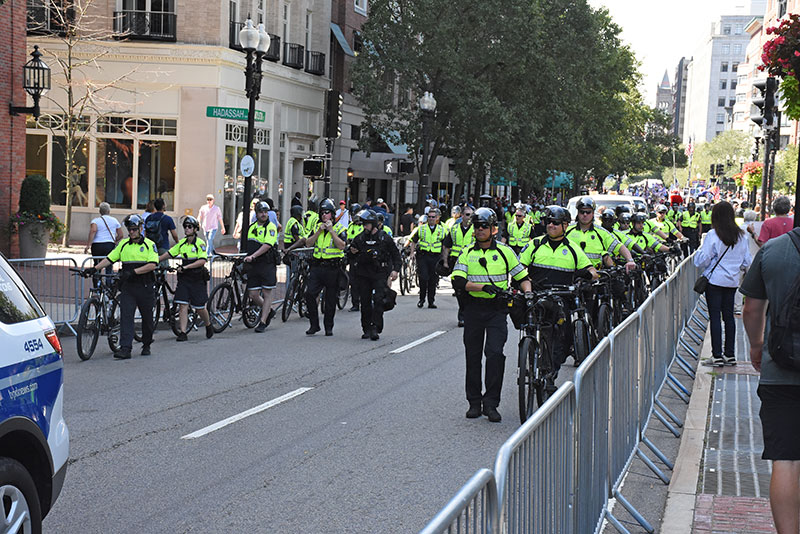 At the front of the parade were two rows of police with bicycles. 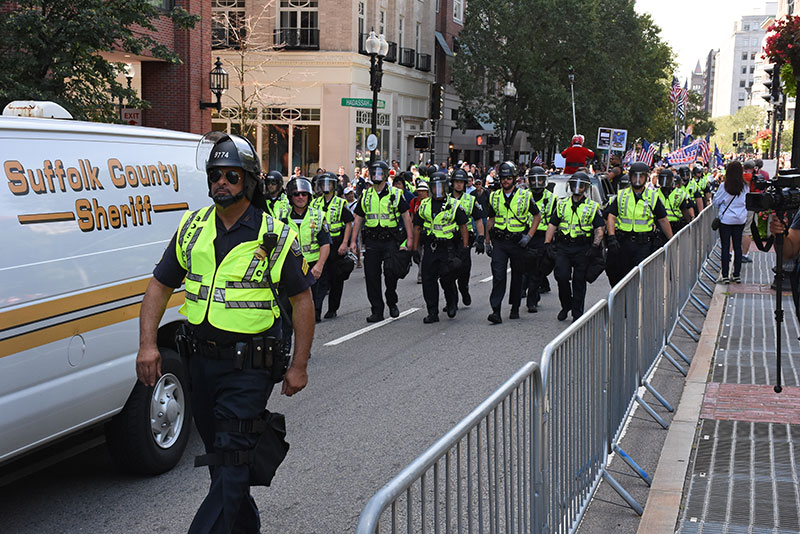 The police with bicycles were immediately followed by a Sheriff's van and a phalanx of police marching. 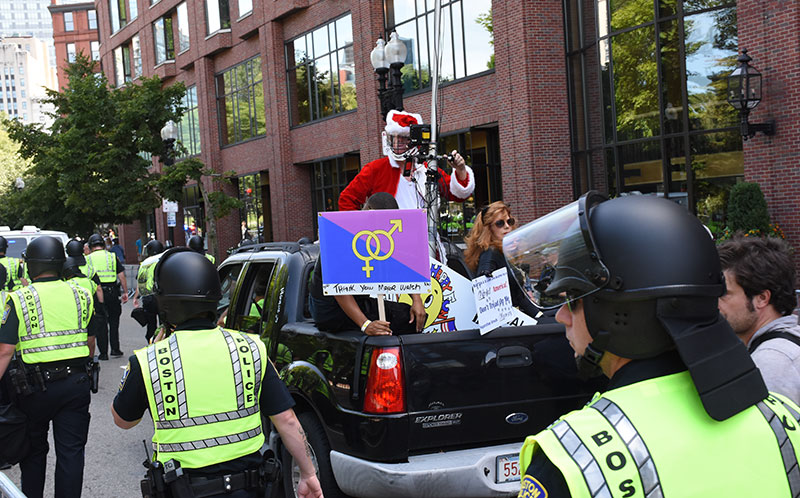 The first float - bearing a "straight pride" sign and a man in a Santa Claus suit... 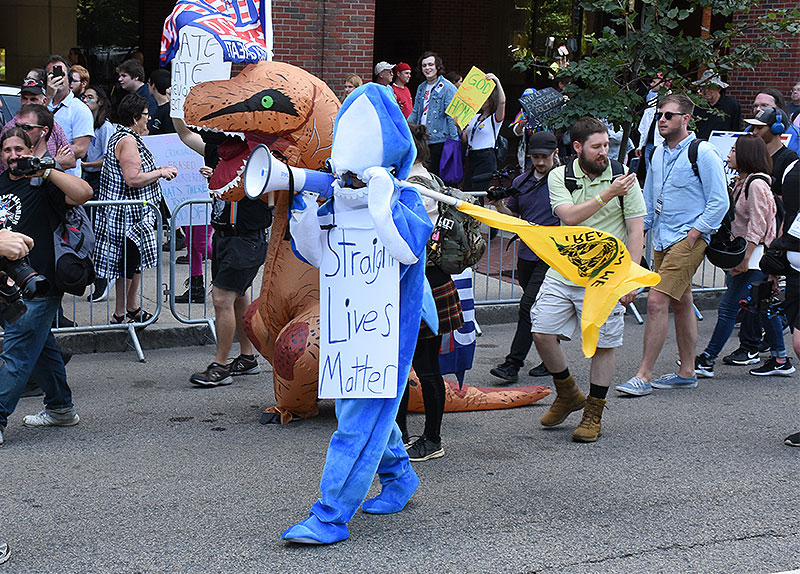 This really set off the Leftie snowflakes - the official "Straight Lives Matter" mascot! 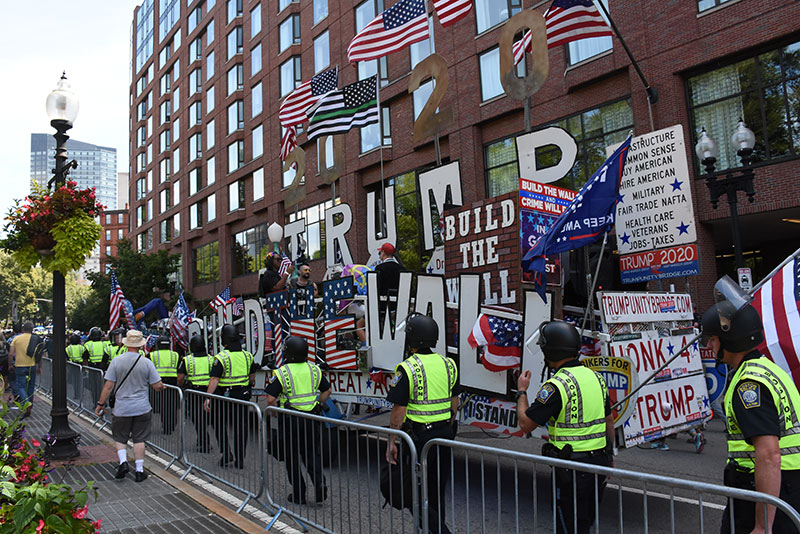 The big float was promoting "Trump 2020 / Build the Wall" and of course needed heavy police guard on all sides! 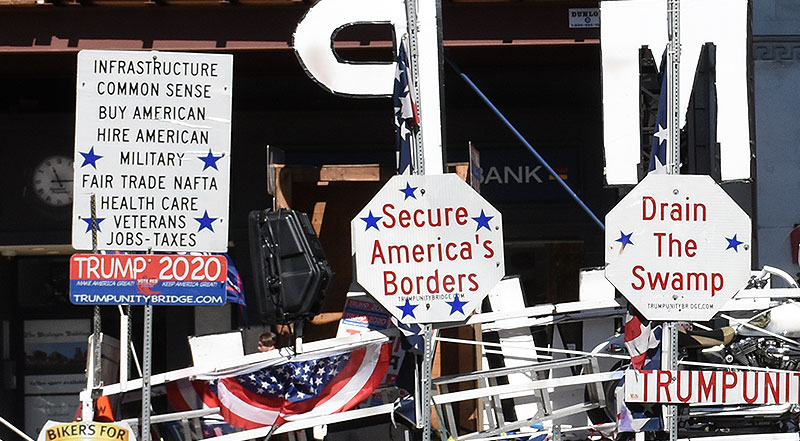 Some of the incendiary (to the Leftists) signs on the Trump float! 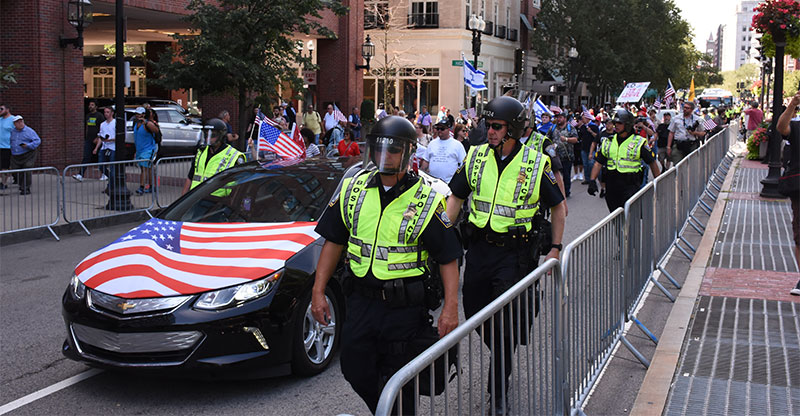 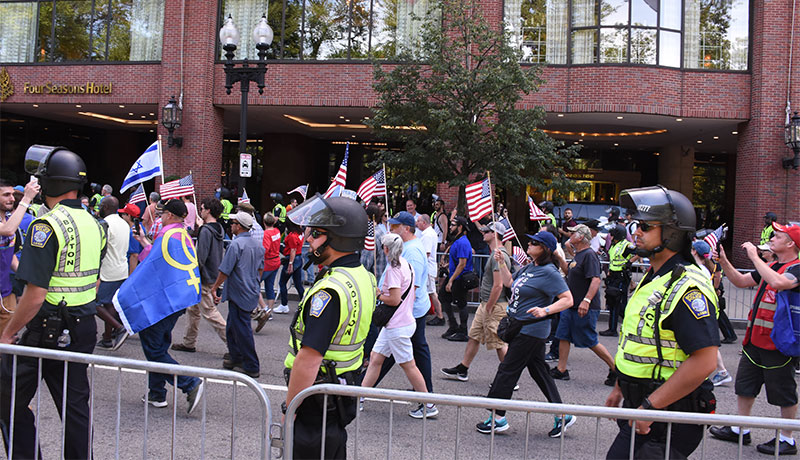 Then came some regular folks marchng. A lot of American flags, and several Israel flags, to further incite the libs. 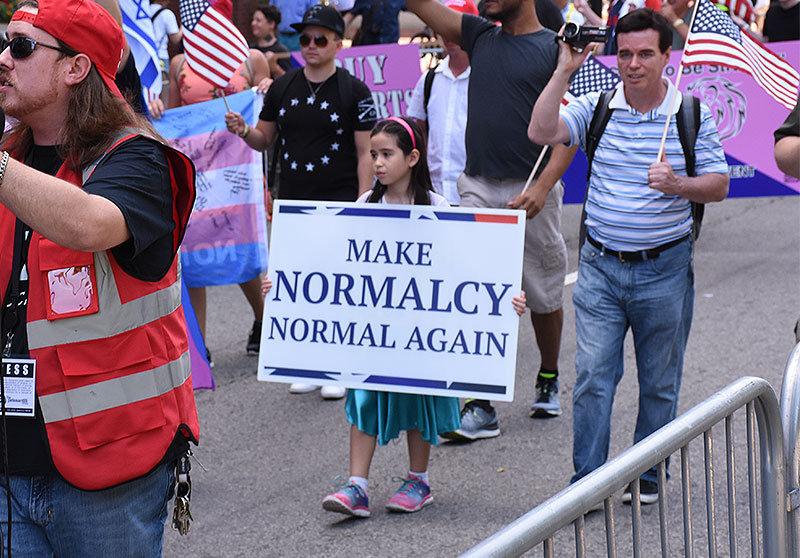 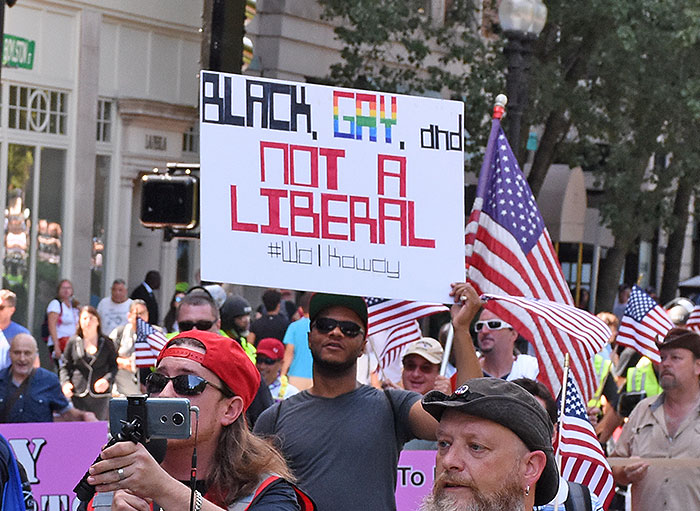 There was an interesting diversity of signs. 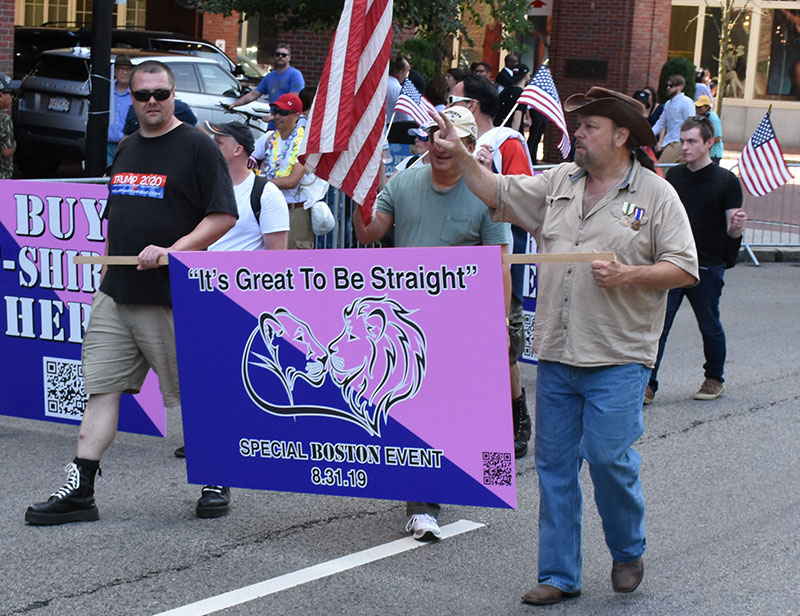 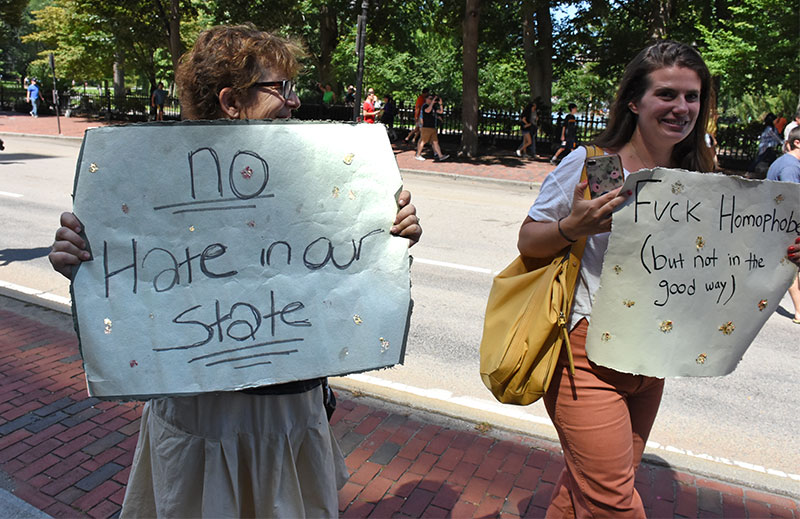 This is just a small sample of the vitriol from the "tolerant" Left. For more, see the video below! 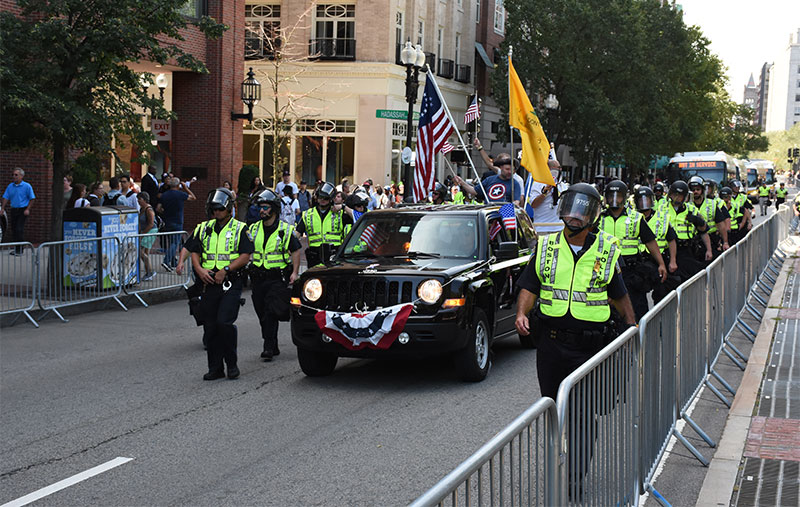 At the end was the truck towing the "Super Happy Fun America" float with a few of the parade organizers. Of course, that needed police protection also! 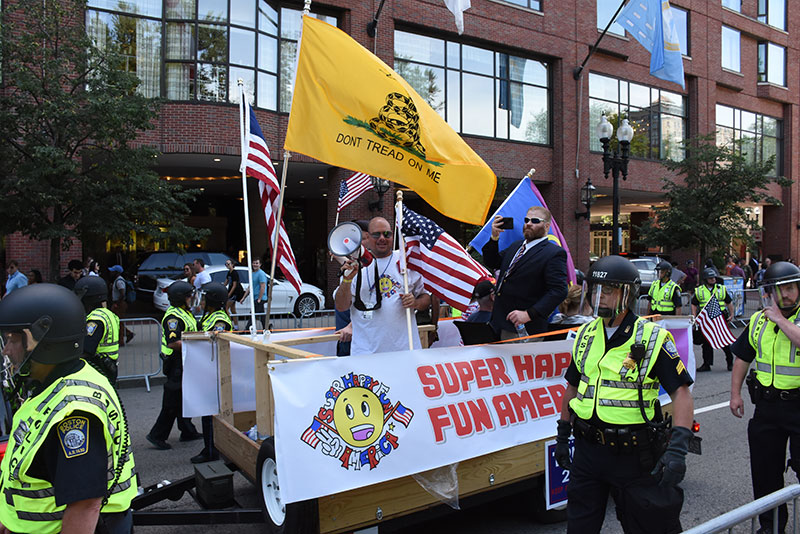 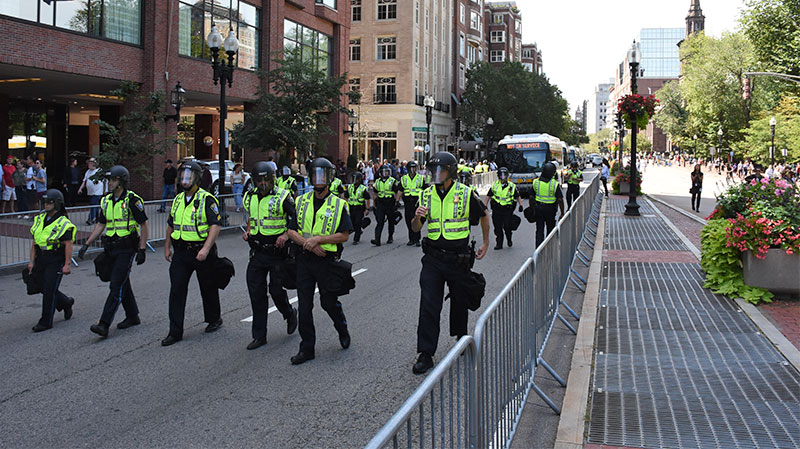 Police protecting the back of the parade. 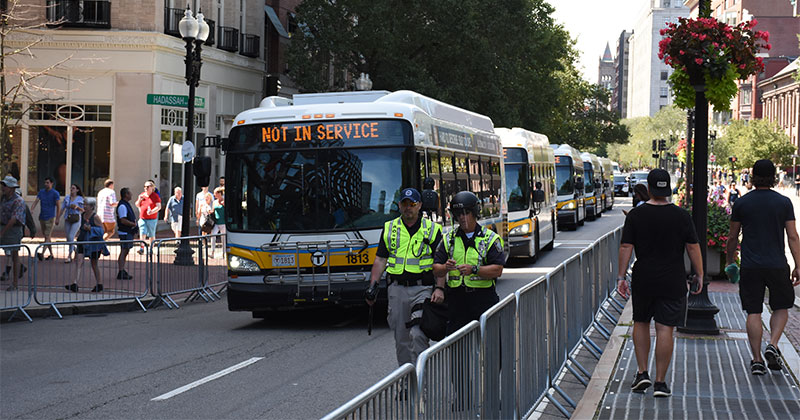 The parade was immediately followed by several busses of police to help the law enforcement people already there protect the speeches at City Hall Plaza.