Major conservative groups revealed to be “selling out” to big money liberal groups.

MassResistance will never sell out! 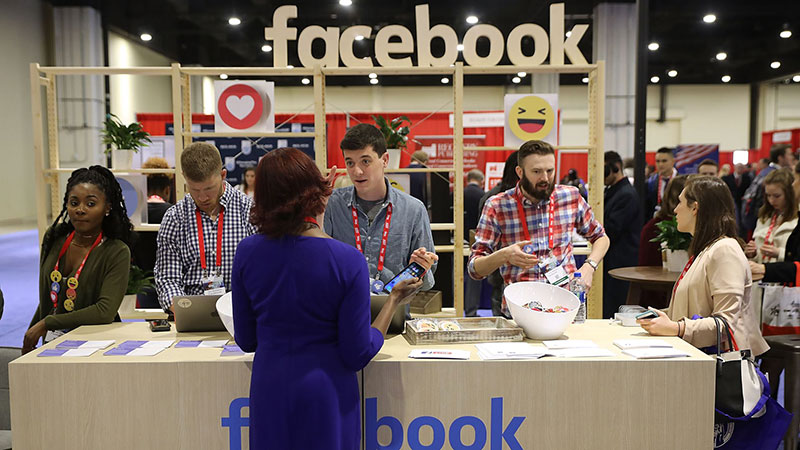 Facebook, which regularly censors and bans conservatives, was a funder of the Conservative Political Action Conference (CPAC) in 2018 and had a prominent booth there. Yet MassResistance was not allowed to have a booth because we were considered "anti-gay."

As we got into the new year, we came across some very troubling information. It’s about an issue that’s been bothering us for quite a while. It gets to the heart of why the Left has been making so much progress against our side.

A disturbing amount of the “big money” that funnels into some of the major conservative and pro-family organizations comes from wealthy individuals, corporations, and groups that are neither conservative nor pro-family. They are libertarian, or even “progressive.” While libertarians may support “small government,” they are invariably pro-“gay marriage” and “LGBT rights” and at best tepid on pro-life issues. And as we know, progressives are opposed to us on pretty much every issue.

Most people don’t know how pervasive this problem is, though MassResistance has known about it for a long time. Fox News commentator Tucker Carlson recently did a segment on this issue that shocked a lot of people.

The list includes such conservative stalwarts as The American Conservative Union (which runs CPAC), The Federalist Society, The National Review Institute (publisher of National Review), American Enterprise Institute, and Heritage Action (part of the Heritage Foundation). The list is from Google’s voluntary disclosures of groups it says received “substantial” funding from it. (The actual amounts were not listed.)

What Google is buying …

According to reports, a Google executive admitted that the corporation funded CPAC in 2018 to ultimately get conservatives and Republicans to go soft on illegal immigration.

But it's much bigger than that. As you may know, Google, Facebook, Twitter, and other Big Tech companies have lately been under scrutiny by conservative members of Congress who are concerned about how the companies use their huge power to silence conservative voices.

Google appears to be buying support before Congress from some of the very groups it has been silencing.

For example, in the video above, Carlson went on to describe how Heritage and other right-wing groups have actually come out opposing legislation that would reign in “big tech” (by taking away their special federal exemptions which facilitate their blatant bias against conservatives and also give them anti-trust protections). They’re basically colluding with Big Tech!

A few days after the Fox News segment aired, the Heritage Foundation published a rebuttal to Tucker Carlson’s comments. It was pretty flimsy and did not deny that Heritage receives Google funding. A few days after that, the American Greatness site published a strong article refuting Heritage’s weak rebuttal, pointing out that the situation was every bit as bad as Tucker says it is.

The tip of the iceberg

Google’s divulged funding is probably just a small fraction of what is actually being doled out. It’s been well known that Facebook and libertarian (pro-abortion, pro-LGBT) groups such as Koch brothers’ organizations have donated to CPAC (Conservative Political Action Conference) and other conservative groups. The Koch groups, in particular, have donated millions over the years to just about every major conservative group, according to reports. LGBT groups such as the Log Cabin Republicans have also been eager donors.

What are the Kochs' real goals? It's quite frightening. Here's Tucker Carlson's video segment on "The truth about the Koch brothers."

MassResistance experienced this in 2018

We’ve been a victim ourselves of this subversion of conservative groups. As we reported back in 2018, MassResistance decided to have a table at CPAC, which is run by the American Conservative Union (ACU). They spoke with us, approved our application, and took our money. Besides informing people about our group, we told them we planned to promote our book, The Health Hazards of Homosexuality.

But about a week later they called us back and told us our application for a table had been rescinded, and they were giving us our money back. What happened? They later admitted that it’s because we are considered to be “anti-gay” and had made disparaging remarks about the transgender agenda in the public schools.

It turns out that the homosexual group “Log Cabin Republicans” was a funder of the conference and very influential with the ACU. The ACU clearly did not want to antagonize them by having us there.

Trying to mix homosexuality with conservatism. This photo of the homosexual Log Cabin Republican group's booth at CPAC shows their sign "LGBT-2A - Standing up for the Second Amendment."

Because of the Log Cabin Group’s participation, many pro-family groups had already denounced CPAC and were boycotting them. And there was a large cry of outrage from conservative groups around the world about the banning of MassResistance.

People who did attend that year reported to us that there was an obnoxious “transgender” presence at the event, along with the regular LGBT contingent. (See our American Thinker article about it, “CPAC is Transitioning.”) Even the left-wing site Slate celebrated it along with the removal of MassResistance. 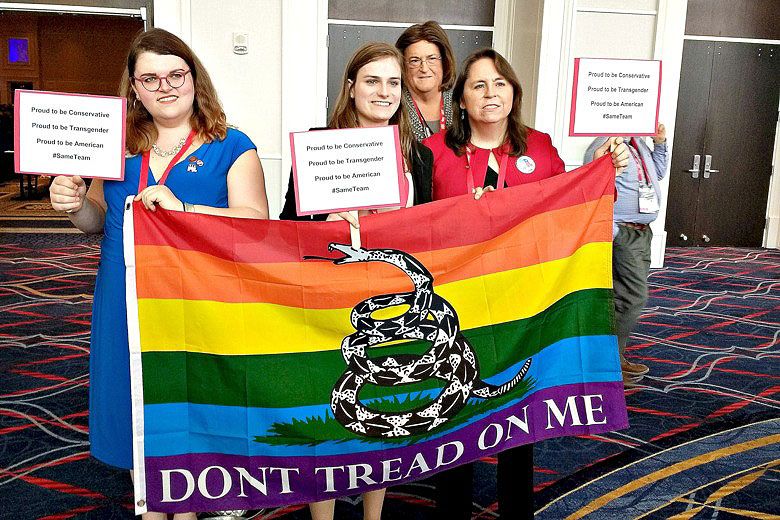 And even though MassResistance was not allowed to have a table, the pro-LGBT and horribly anti-conservative corporation Facebook was allowed to have one (see photo above).

We should have seen it coming

This problem has been brewing for many years. Back in 2004, Brian Camenker and our Research Director Amy Contrada were given tickets to attend a $100 a plate luncheon by the Heritage Foundation. (The fact that it was held at a hotel in Harvard Square in Cambridge, Mass., should have tipped us off.)

We were shocked to hear the president of the organization announce Heritage’s “wonderful plan to make sure that everybody’s covered by health insurance” via a “mandate.”  That plan was the original design of “RomneyCare” in Massachusetts, which was passed in 2006, from which Obamacare later evolved.

Even with smaller pro-family groups

On several occasions in recent years other pro-family groups around the country have disparaged MassResistance for our aggressive approach and bold truth-telling. When I’ve talked to them about it, several of them have actually admitted that we were doing the right thing. So why don’t they do it, too, I would ask? Mainly because their big donors wouldn’t let them, they admitted.

We won’t ever do that

As mentioned above, all of this is distasteful to bring up. But you can trust that MassResistance will never waver from our principles.

To us, it’s not about the money. It’s about the future!