Due to courts being closed because of virus, gag order was not renewed!

Father credits MassResistance for courage and help in fight to save daughter from transgender extremists. 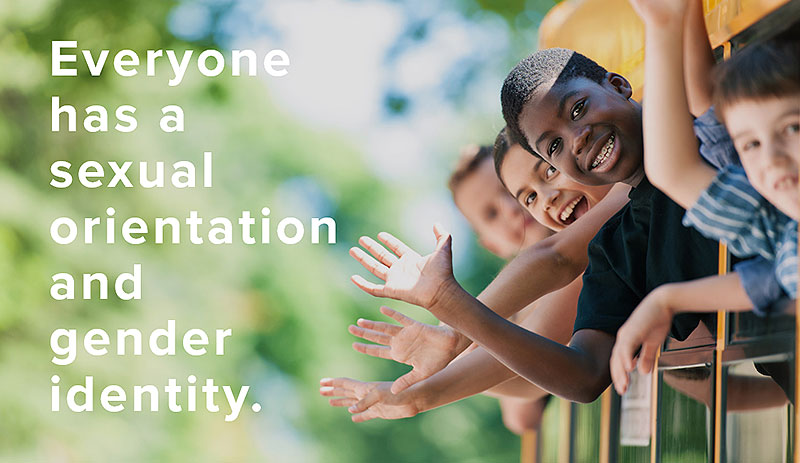 British Columbia schools (and others across Canada) have implemented a radical homosexuality and transgender program called "SOGI 123" to heavily indoctrinate schoolchildren. Make no mistake: it will eventually be in your schools if we don't stop it.

Anyone who doubts that the transgender agenda in the schools is headed into a nightmarish future should look across the border to Canada. Rob Hoogland of Surrey, British Columbia, is living that nightmare.

For over two years, British Columbian school staffers, psychologists, and LGBT activists have been inducing Rob’s daughter to believe that the reason she was struggling with depression and other issues is that she is really a “he.” They repeatedly encouraged and affirmed her new “male” identity. They worked with pro-LGBT doctors who gave her puberty blockers and male hormones to “change” her into a boy.

Rob did not find out about this until a year after it began. He took the school district, staffers, doctors, and others to court. Outrageously, the girl was assigned an LGBT activist lawyer to protect her delusion and oppose her own father. The courts ruled against him and told him that he had to go along with this transgender insanity, even ordering him to refer to his daughter as a “he.”

Back in February, Rob had had enough and decided to ignore the gag order. He spoke with MassResistance and some other conservative media briefly about his legal fight in the Canadian courts. He was quickly brought back into court and reprimanded by a judge – and threatened with jail time if he broke the order again. Since we are not based in Canada, we were able to publish the interview and not be threatened by a Canadian court.

Now that the order has expired, Rob decided to talk with MassResistance again. This time he talked more about the horrors of what’s been happening and what he’s doing about it. 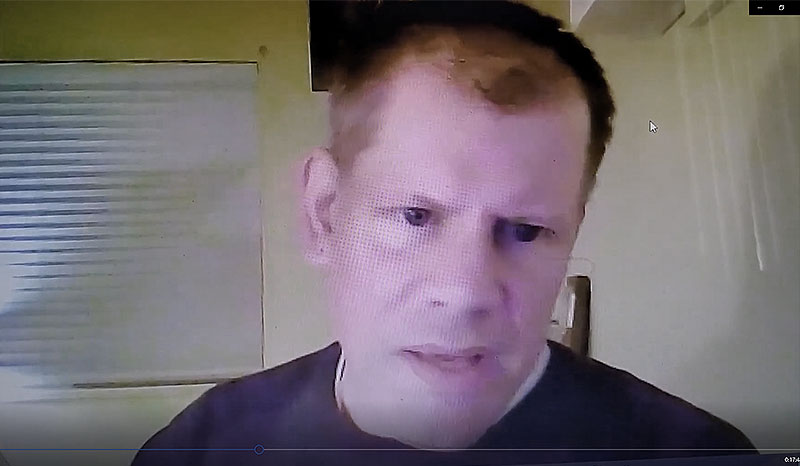 Rob Hoogland speaks with MassResistance from British Columbia via Skype.

MR: Is there anything new from the last two months that you wanted to share publicly, or that you didn’t get a chance to share before?

RH: Soon after the MassResistance interview came out, I was in court for four days under Justice Tammen. At one point, I used a female pronoun referring to my daughter, and he reprimanded me, saying “How dare you!” In fact, he stood up and screamed at me in the courtroom for doing that. He said, “Why did you do that?” And I said, “I did because I’m the only one doing what is in the best interest of my daughter.” He really didn’t like my saying that. This is the terrible state of the judicial system in Canada. 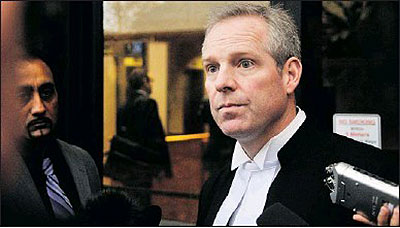 Justice Michael Tammen yelled at Rob Hoogland for calling his daughter a “she,” but recently released a man convicted of murder pending an appeal of the conviction!

Since then, I have a new attorney, Carol Crosson. She’s a fantastic constitutional lawyer. She specializes in freedom of speech and similar issues. I’m looking forward to working with her. 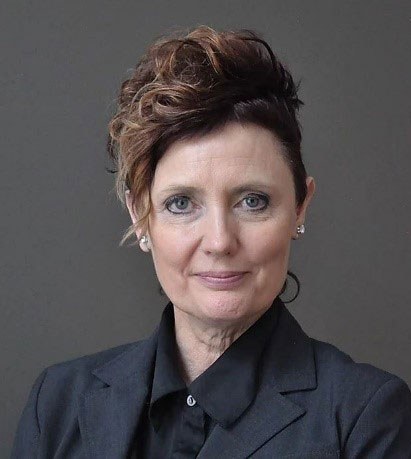 Essentially, Justice Tammen has handed me over to the Attorney General [of British Columbia] to be prosecuted for breaking the gag order. I still have the potential to face up to 30 to 45 days in prison.

MR: Tell us more about what’s happened to your daughter over the last few years.

RH: My daughter is the subject of state-sponsored child abuse. She’s being sterilized and her body is being mutilated – under a transgender agenda that is being promoted throughout all the schools. The schools here are using a radical program called “SOGI 1 2 3.” Its lunatic message to children is “Everyone has a sexual orientation and gender identity.” It’s become a program that a lot of other jurisdictions are looking at and using as a prototype, so it’s not just in British Columbia. They are using it in other provinces. And I think that some of the states like Washington State are taking a look at it, and using it, as well. 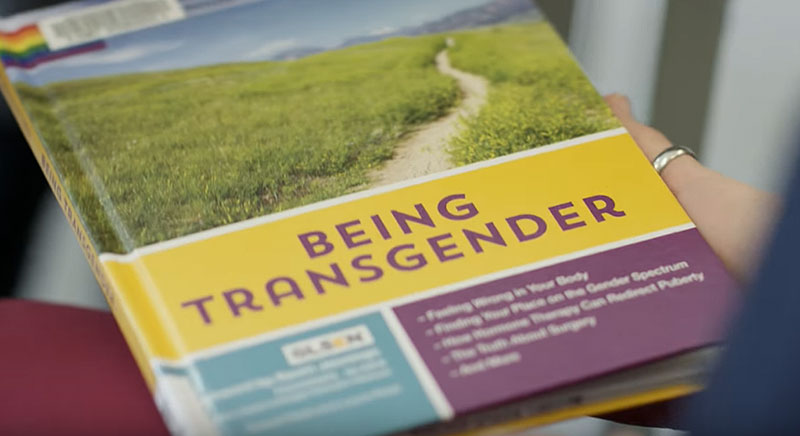 Schoolchildren are being encouraged to read books like this. (From a SOGI 123 training video.)

MR: So what it comes down to is you’re protecting your daughter. That’s the crime that you are guilty of.

RH: Right. There’s a bunch of lunatic perverts who want to experiment on my child. They want to sterilize her. It’s just absolute lunacy, what is going on. And they want to cover it up so badly that they are willing to send people like me to prison to keep my mouth shut. They don’t want the public to know what is really going on.

They’ve been able to sell the idea that they are helping these children. They say, “We’re doing great things for these kids. They don’t understand their true gender. They’re screaming in their own skin.” But of course, that’s not what’s happening. They were just going through puberty, like every other teenager does. And they all get through it! I mean, it’s absolute craziness, and I’m not allowed to talk about it without possibly going to jail.

MR: It’s stunning and welcome to see that you are taking this on and are not afraid. This is the kind of courage that more people need to start demonstrating.

RH: Courage needs to be shown: I’m often asked “Why do I like MassResistance?” I’ve said this before: There’s courage there. You’re still up and fighting. So am I. People need to understand that we can defend ourselves and we can stand up for morality and virtues and truth and honor and all these great things.

MR: Regarding your daughter, do you have full custody of her? Has she moved back in with you? Does she still live with her mother? What’s the status on her right now?

RH: We have shared custody.

MR: I understand that they brainwashed her against you. They brought in all these attorneys to keep her away from you. What’s happening now? I mean, how’s the relationship now?

RH: You know, it’s pretty good. A couple weeks ago, she wanted to move in here, back with me. And then I got the excuse back from them: “Well, we can’t do that because of the Coronavirus.” They found another reason to keep her from me. I asked, “Has my daughter been out of the country? Has she traveled?” And they were just mute on that point. And now they’ve convinced her that seeing me is somehow in violation of all these new rules that are set up by COVID-19.

MR: Has your daughter begun to indicate that she wants to go back, to be comfortable with being a girl?

RH: I have not heard that yet. She’s still in that happy state where she thinks that this is working. It takes these kids a number of years before they realize that they made this big mistake. They kind of go through this thing, where it’s like crack cocaine. They’re taking these cross-sex hormones. They feel different. They feel better. They think it’s working. And then all of a sudden it all comes crashing down. It takes a bit of time, and she’s not there yet, no.

MR: Well, we hope she gets out of it before it’s too late. Now, you indicated that there’s something about a class-action lawsuit coming up. Can you tell me about that?

RH: Yeah, what we’re doing, it stems from SOGI 1 2 3. With all these parents like myself, there’s lots of psychological trauma involved. It’s so wrenching when you watch your kid go through this stuff, and you watch what’s going on at the school, and the confusion they are creating in these schools, the delusion that they’re presenting to these kids, and they come home and you can’t do a thing about it. Because the schools tell them you don’t know what you’re talking about. I think that there are so many parents who are just ripping their hair out and just totally going berserk because they don’t know what to do, and think there’s nothing they can do.

It’s time that parents got together and said, “This happened to my kid.” And we get enough of them together and we say, “Hey, it’s time for parents to fight back. Let’s unite and fight back against an agenda that is terrorizing our kids, destroying their lives, and is also psychologically damaging us as parents.”

MR: Have you already set the groundwork for the lawsuit? Do you have lawyers who are prepared to file it (because I know that the courts are closed)? Is there stuff already in place now?

RH: There is to some degree. We need to get enough people involved. So, the game plan right now is to get as many parents on board as possible. Carol Crosson is ready to run forward with it. We’ve got the legal groundwork laid out on this matter. We’re just kind of waiting now for the numbers to grow. We’re working with pro-family media to help get the message out. We want parents who feel brave enough to come forward. They can remain anonymous. They just need to sign on and reach out. They can reach out to us through the Caenis Foundation, or they can reach out to MassResistance and say “I’m interested.” There’s lots of ways they can reach out.

MR: Tell us a little bit more about the Caenis Foundation, because I know that this is something that you are doing moving forward.

The purpose of this foundation is:

MR: Thank you very much, Rob. You’re an inspiration to all of us.

All of us should pay attention to what is happening in Canada because that is exactly where the US and many other countries are headed. The extreme radical direction of the schools and the judicial system's aggressive support of the transgender agenda – ignoring normal constitutional liberties – is clearly already happening.

What Rob Hoogland is now doing to confront it and help others are things that we all should consider doing. MassResistance will continue to work with Rob and others – and together we will fight this insanity!