A lot of conservative groups around the country are supporting their police by holding up signs and making speeches. But MassResistance gets out and fights!

Most people don’t realize how much the anti-American Black Lives Matter propaganda is infiltrating their children’s schools. And when they do find out, they don’t know how to stop it. Here’s one success story.

A police office officer in Torrance, CA (a southern suburb of Los Angeles) has a daughter in the city’s Madrona Middle School.

The daughter was in class, and the teacher began talking about the Black Lives Matter movement, and how she wanted all the students to participate in a video supporting it. The girl said that she wanted to hold up a sign that said "All Lives Matter." The teacher humiliated the girl and said it was racist to hold up that sign.

The video the teacher made with her class was extremely offensive. It was titled, “Black people are 2.5 times more likely to be killed by a police officer than white people.” It included children in the class expressing how bad the police are. In the background was the song “This is America,” which pushes the false narrative that the United States is inherently hostile to blacks.

The 2.5 figure is a bald-faced lie. The statistics from the U.S. Department of Justice and the FBI all confirm the opposite – that more white and Hispanic people are killed during interaction with police year by year compared to black people. 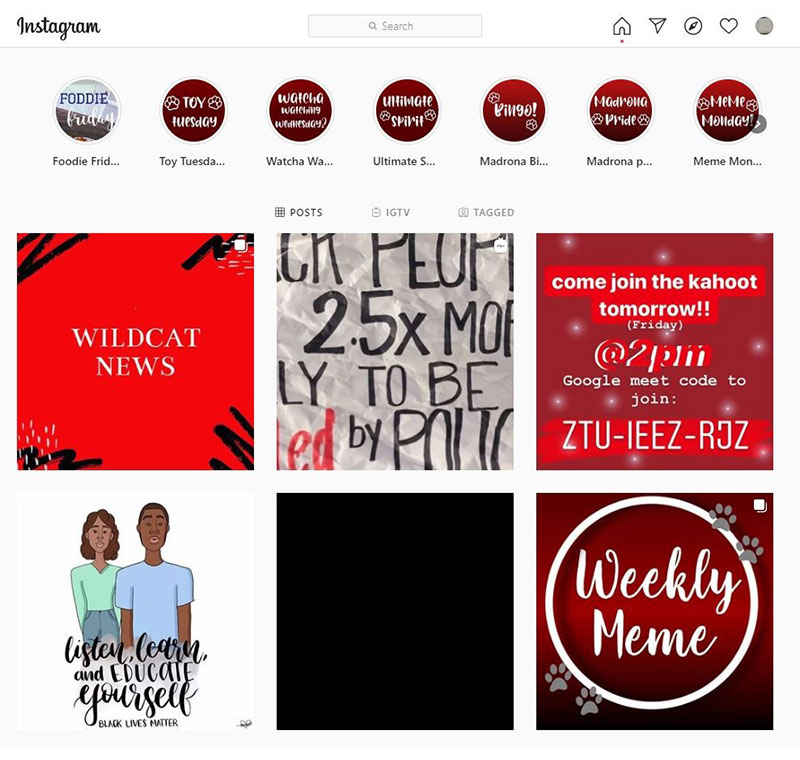 The Madrona Instagram page. In the squares above: The top left post “Wildcat News” refers to the Madrona Middle School mascot name. The top center post is the offensive video. The bottom center image represents “Black Out Tuesday” in recognition of the Black Lives Matter movement.

The police officer was outraged, as were other officers when they heard about it. But what could they do?  A representative of the local union, the Torrance Police Officers Association, contacted a Torrance City Council member.

The union rep lambasted the situation and said that the union was going to file a formal complaint with the school district about the incident in the classroom as well as the Instagram account, which hosted the offensive video.

Unfortunately, the union never filed a complaint. It’s suspected that the powers-that-be in the police department strongly discouraged it.

But the City Council member who met with the union rep was also upset about it. He posted about it on his Facebook page. Then he contacted Arthur Schaper, MassResistance’s organization director, who lives in Torrance and had attended the Torrance school system. Needless to say, Arthur (and MassResistance) are well known in that city for being an active pro-family force.

MassResistance takes on the fight!

Arthur got right to work. He gathered a team of Torrance residents.

They immediately began writing and emailing the School Board members. Prior to the July School Board meeting (held via Zoom) Arthur submitted a strongly worded letter demanding that the Instagram account be taken down and the classroom incident be dealt with. The letter was read aloud to the Board during the meeting by one of the officials. But the Board took no action.

Then Arthur contacted the five School Board members individually asking to meet with them to discuss this. Two of them did not respond. Two others replied, but said that the School District’s lawyers say the offensive video is a “First Amendment issue” and that they wouldn’t meet to talk about it further with Arthur.

The fifth School Board member, Jeremy Gerson, agreed to meet with Arthur via Zoom. Gerson talked about the First Amendment challenges that the district faced in confronting the promotion of Black Lives Matter. He said that the students have First Amendment rights to express views on social media, and the school district and the schools themselves could not take any action to curtail their free expression.

But of course, it’s really not a student First Amendment issue. These middle school kids didn’t come up with this on their own. The teacher at Madrona Middle School organized everything. Why is the teacher being allowed to do this? And why does the official Madrona Middle School Instagram account – which speaks for all the students – include this offensive, anti-American material? Gerson didn’t address any of that except to agree that a new policy should be created and that he would help put it together. 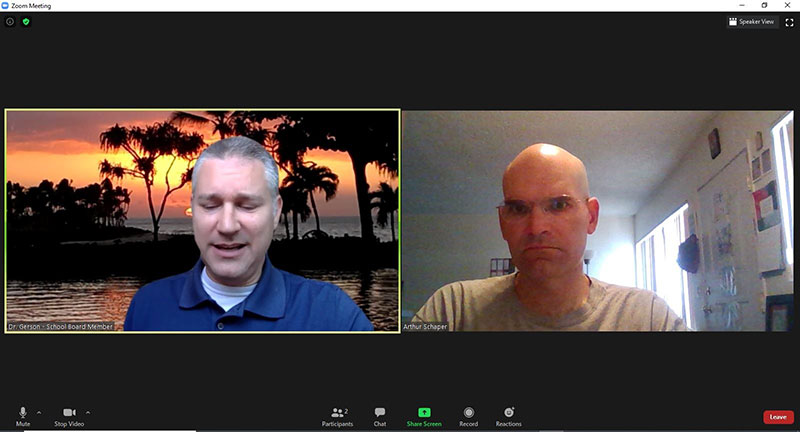 Arthur also contacted the school’s Principal and Assistant Principal wanting answers to his questions. Neither of them would respond.

Arthur called the recently installed (interim) Superintendent. They had a fairly long conversation. Arthur pressed him to answer questions about the incident and the Instagram account. He made it clear how offensive this was to much of the community and the police force. But the Superintendent was very evasive and would not provide many specifics on anything.

For a couple of weeks Arthur and the others strategized on what to do next. Then on August 18, 2020, Arthur checked the Madrona Middle School Instagram account again.

Here’s what he saw this time: The entire account had been taken down. This was a big victory.

But there’ more action to be taken!

Arthur and the other residents did not stop there! There is more to be done.

They are working with School Board member Jeremy Gerson and other board members to make sure a district-wide policy is crafted so that no official school social media accounts can be used to promote offensive Black Lives Matter (or other radical) propaganda.

They have also continued their communication with the Superintendent. There are some serious issues surrounding this teacher pushing this hateful political agenda and blatantly false “statistics” to vulnerable middle school children. Were the parents informed that their children would be appearing in a video? And if the Principal is supportive of this, that is a big problem. And why is the phony “First Amendment” argument being used, when teachers clearly don’t have the right to say anything they want to children (who are a captive audience in a public school classroom)?

Arthur asked for a meeting with school administrators to discuss this. So far, the Superintendent has refused to allow it. But Arthur and the others are continuing to push, and continuing to get more local residents involved with this fight and aggressively pursue this until issues are resolved.

If nothing else, the school officials have gotten the message that there will be a big push-back from the community if they allow this horrible propaganda in the school system. From everything we’ve heard, Arthur and the others have – at least for now – derailed the Black Lives Matter train in this school, and likely the rest of the district. And the push-back will continue.

This is what needs to happen everywhere. And MassResistance is already helping parents and citizens do it!