Idaho elementary school counselor tells 11-year-old girl she can be a “transsexual” – but doesn’t tell her family!

With MassResistance help, grandmother and mother angrily confront counselor! Listen to recording below.

Counselor continues to communicate with girl after being ordered to stay away. Mother lashes back! 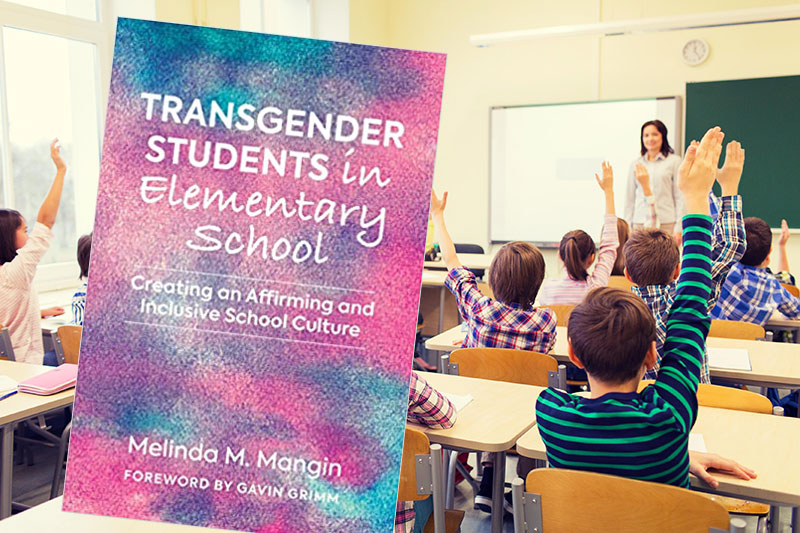 Parents have no idea that books like this - for teachers, counselors, and administrators - are showing up in elementary schools across the country!

Most people don’t realize how the “transgender” propaganda machine has been targeting vulnerable elementary school children across the country – and how helpless parents feel against it. But MassResistance is helping families fight back and stop it!

Children are fed these “gender” lies through the media, school programs, social media, children’s books and magazines, and programs like “Drag Queen Story Hour” events in libraries. And radicalized school counselors and staff have become a big part of the problem. They support children’s descent into these perversions and keep that information from parents. 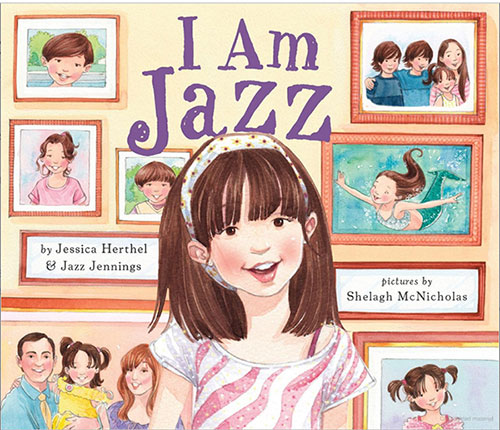 The brainwashing starts early in the public schools. This extremely seductive and harmful book is in school libraries and classrooms across the U.S.! It glamorizes the story of a boy who eventually had medical interventions and surgeries to “become” a girl. (Check for it in your area and demand that it be removed!)

Last month we got a call from Janice, a new MassResistance activist in Coeur d’Alene, Idaho. She was extremely upset and asked for our help.

Janice’s daughter, Ashley, has two daughters. One girl is in high school and the other is in elementary school. The father was tragically killed three years ago while serving in the US Army in Afghanistan. As you can imagine, that has affected the girls very much, and they have gone through a lot of emotional stress.

Coeur d’Alene is a relatively conservative city located in northern Idaho (about 30 miles east of Spokane, WA). Parents have tended to trust the local schools – which unfortunately is a mistake. 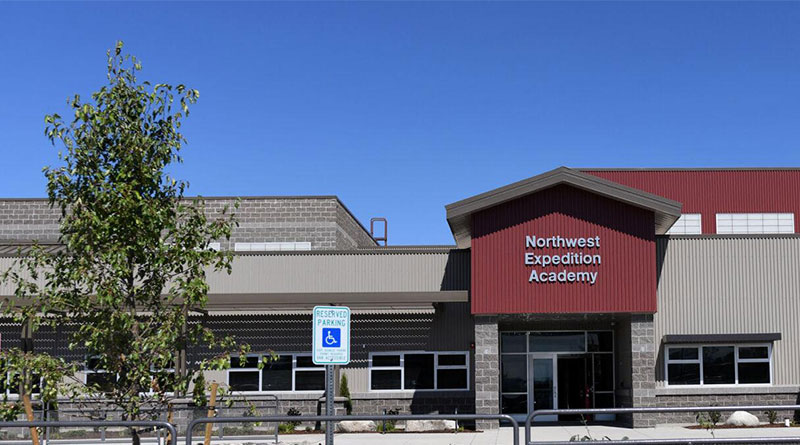 On November 17, the younger daughter (who turned 11 only a month before) came home from school and announced to her mother and grandmother, “I’m a transsexual.”

A few months earlier, Janice had talked to the elementary school counselor about her concerns that her granddaughter had said she’d been “looking at things online” and seemed to be going through a phase of thinking she would like to be a boy. But Janice was hoping for help from the counselor, not further harm!

Janice took her granddaughter aside to ask her about her “decision.” The girl said her elementary school teacher and school counselor both completely support her decision. She insisted that it’s “who she is.” She said they both told her, "I will accept you for who you are."

She added, "My counselor gave me tips on how to tell you. She said we can practice on how to tell your parents. Maybe you can bring them in here and we can both tell them. If they say this, I can say that. Hopefully the parents will think it's good.“

The girl was also given the phone numbers of local LGBT support groups. "Just in case I need it," she told Janice.

Janice asked her, “Did any of them say, you're 11 and maybe you should explore other options before saying you’re transgender?” No, they didn’t, she said.

At that point, the girl became very emotional and upset, and began crying because her mother and grandmother would not accept her for “who she really is.” This is a very chilling thing for any parent to hear from an 11-year old daughter. And it was especially infuriating that this criminal confusion was being pushed on a minor child by adults in the public school.

The first thing MassResistance told Janice was to get that counselor on the phone immediately. Get all the information you can, then tell her in very strong terms never to talk to your granddaughter again. Be firm and unafraid. So she did just that. School officials are generally very skilled at intimidating parents – but not this time!

Still, it was a very shocking conversation. During the call, the elementary school counselor admitted that her discussions with the girl had been going on for a while, and that she had been coaching the girl as to when and how to properly tell her parents about the new identity.

She also admitted that she told the girl she supported her “decision” – even though the girl is only 11 years old – and did not tell the girl that there was anything wrong with her being “transsexual” or offer an alternative point of view. Instead, she said that it was more important for the girl to feel “safe.” This was probably the most chilling part of the phone call:

JANICE: So, your position is that you’re letting a girl who just turned 11 years old take the lead on something that she is being told, that she’s transsexual? You understand she just turned 11, right?

COUNSELOR: I just can’t, professionally or personally, it’s not my role to have judgment on that, to say either “Yes, she is,” or “Yes, she isn’t.” I don’t know. My role is to simply be there for her and help her to feel comfortable at school.

The counselor also admitted to Janice that the principal and other school officials had known about this but purposefully not told the family. She said that the girl had told her teacher some time ago that she wanted to be addressed as a boy, with a male name and male pronouns. The teacher and counselor asked the principal how to proceed. Assuming that the mother would probably not agree, the principal consulted the school district’s attorney. The attorney said that the school could not call the girl by a boy’s name without informing the parent. So the decision was made by all four of them not to call the girl by a boy’s name – so they could avoid informing the girl’s family of what was happening. Furthermore, the relationship was to be “private” so that the counselor could be a “safe space” for the girl – “safe” from her mother and grandmother!

Probably most bizarre was this exchange – it shows what parents are really up against:

JANICE: And you do understand at 11 her brain isn’t even developed enough to make rational decisions? This is what the science says about it. …  And now she’s here at home, telling me “My school accepts it. It must be OK for me.”

JANICE: Back up. You believe that an 11-year-old child, that some people know at 11 years old, when their brains aren’t developed, and we just talked about the scientific evidence of that. And you believe at 11 years old some people do know that [they are transsexual]?

COUNSELOR: From what I’ve read, yes, people do know that.

It was all incredibly shocking and absurd. Janice didn’t hold back: She told the counselor not to ever have any further contact with her granddaughter. (The girl’s mom, Ashley, also later contacted the counselor and said the same thing.) The counselor reluctantly agreed.

But that agreement didn’t hold for long. A few days later, the counselor and the girl were messaging each other on social media. Among other things, the counselor called the girl “Al” – a boy’s name – and said she was worried about her being at home with her family.

She told the girl, "If you feel unsafe at home, or are thinking of hurting or killing yourself, there are people I can call to make sure you are safe. Please let me know if this is the case." (Very disturbing: The counselor is putting suicidal ideas into the girl’s head!)

When Ashley found these social media posts, she was livid – and felt even more violated. She sent this email to the counselor, pulling no punches:

I am asking you once again to not have any contact with my daughter.

She is doing fine and we are doing the very best that we can. This "turmoil" was caused when a confused little girl went to a trusted adult and was encouraged to believe that she had a mental illness (body dysphoria).

This trusted adult (you) did nothing but encourage my daughter to believe this lie and THAT has caused her more pain.

I am very disappointed in myself for trusting you with the care of my little girl. We have a big job ahead of us trying to undo the hurt that you have done. It will be a lot easier to do if you would respect my wishes and not contact my daughter any further.

MassResistance organizes the community to fight back!

But there was still more work to do! And MassResistance went into action! People in the community have been livid when they’ve heard of this. Here’s what our Idaho MassResistance activists have been doing:

We are continuing this fight!

These horrible things aren’t just happening in northern Idaho. It’s happening in elementary schools across the country (and in other countries), even in the most seemingly conservative places. Unfortunately, virtually no other conservative groups do what we do. Nobody else treats this like a war instead of a “disagreement.” It’s not enough to write analyses or reports. Our approach is vitally necessary!

The conservative movement likes to complain about this, but they’re very uncomfortable doing anything about it. As you know, we were banned from CPAC a few years ago because we publicly stated that it was necessary to be aggressive in stopping the transgender agenda in elementary schools. That statement angered the LGBT group “Log Cabin Republicans” which donates to CPAC, so they caved in. But we won’t let this go!