At a major GOP rally in Dallas - MassResistance speaks out on transgender “sex-change” treatments being done on children!

Kevin Whitt, Asst. Texas MR Director, stuns crowd with what’s really going on – and tells how to stop it!

See video (below) of his stirring speech!

Plus: Kevin’s organizing a big anti-mainstream-media rally in D.C. this weekend! 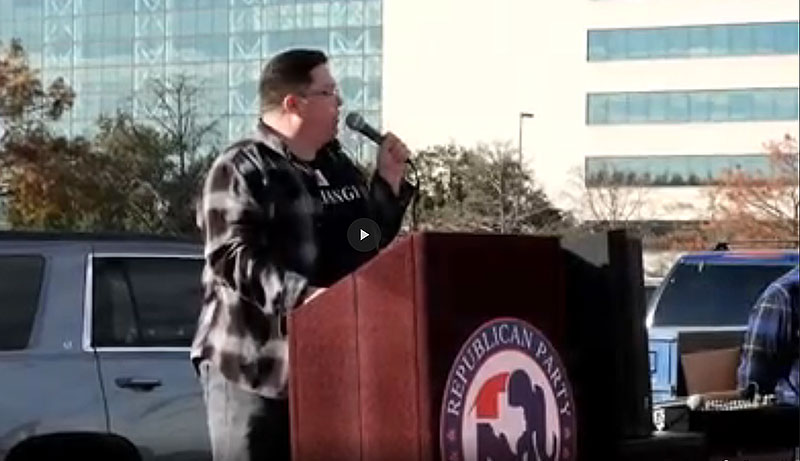 The “We Are the Storm” GOP rally was organized by local activists for grassroots Republicans to voice their outrage over the unconstitutional leftist agenda being pushed on Texas citizens. That includes the draconian COVID regulations (causing thousands of business bankruptcies), open widespread voter fraud, the refusal of the government to arrest and prosecute violent criminals, and more. People were particularly angry at the Republican establishment’s unwillingness to fight against all this, and often their collaboration in it. 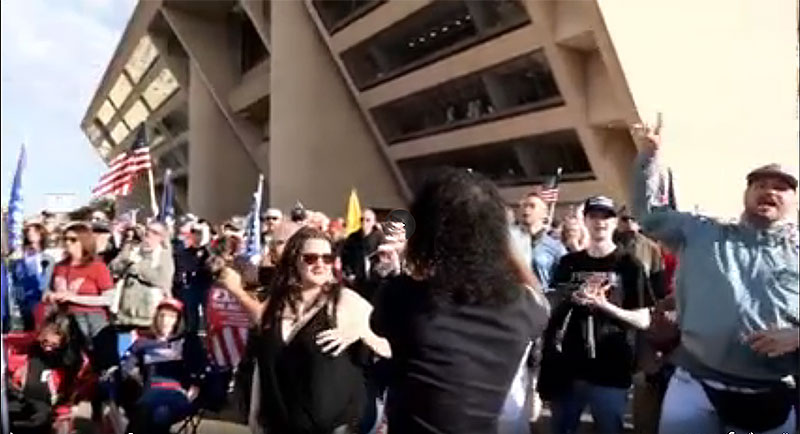 With Dallas City Hall in the background, hundreds of activists (above & below) cheer as Kevin finishes speaking. 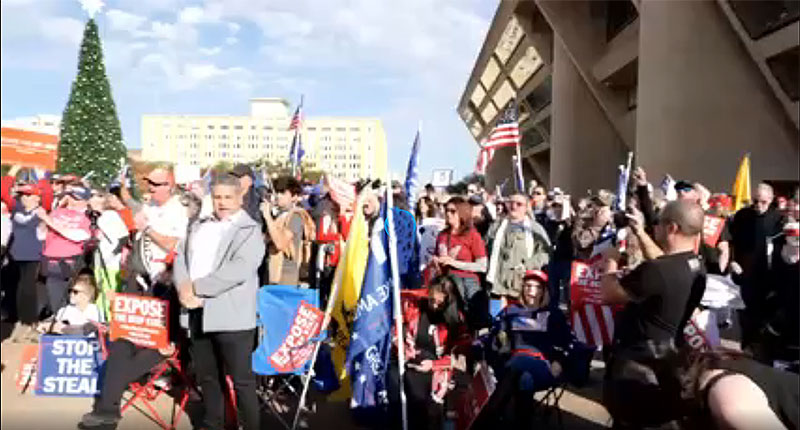 Speakers came from all across Texas. They included conservative politicians, leaders of prominent conservative groups, Texas religious leaders, and even a legal immigrant from Venezuela who warned that these same voter fraud practices are what turned her country over to murderous socialists. You can watch the entire rally here.

Kevin Whitt ignites the crowd on the transgender issue

Kevin Whitt was one of the first speakers. He fired up the crowd with a subject rarely brought up these days in political circles – the radical LGBT agenda targeting children.

Over the past several weeks, Texas MassResistance activists have fought hard at the Texas GOP State Convention and successfully got the party to include the following priority in their official list of legislative priorities for 2020:

Legislative Priority #3:
Children and Gender Modification
Abolish the following practices for minors: intervention to prevent natural progression of puberty; administration of opposite sex hormones; and performance of any type of gender reassignment surgery.

Kevin told the crowd about the hideous medical procedures that are being done to young children in Texas to “change their sex.” If continued, this experimental hormonal meddling (puberty blockers and later cross-sex hormones) can cause sterility, serious health problems, and lifelong dependence on medical interventions. Some confused youth are encouraged to proceed to disfiguring surgeries. Many victims will experience strong suicidal feelings in later life. The American College of Pediatricians considers such treatments “child abuse.”

Kevin talked about the Dallas Children’s Hospital “gender” clinic – and others across the state – that are now abusing children in the name of “health.” The LGBT movement is very destructive and must be confronted, he said.

Kevin also described his own experience living as a woman for 20 years, and how it led to his involvement in prostitution, drug abuse, and alcoholism. “It is not a healthy lifestyle at all,” he said. He exhorted the crowd to sign up with MassResistance and come to Austin and help lobby the Texas legislature to ban these gruesome practices.

When Kevin finished speaking, the crowd reacted in loud support! They chanted “Shut it down, shut it down,” referring to the Dallas clinic.

“Stop the Lying” Rally this weekend in Washington DC

Kevin is also helping organize a big rally in Washington, DC this Saturday, Dec. 12. If anyone reading this will be in the DC area this weekend, that is the place to be!

The “Stop the Lying” rally will be a giant protest against the mainstream media in America (and around the world). The situation has become more Orwellian than anyone could ever have imagined. The media and big tech have gone beyond just broadcasting anti-Trump “fake news.” They are now completely excluding and censoring all information on the election fraud, COVID, Black Lives Matter, Antifa, and other subjects that do not support their political narrative and social objectives.

But the mainstream media's constant declarations that there is no evidence of election fraud - despite enormous documentation of it by witnesses and election experts - is especially chilling and totalitarian. 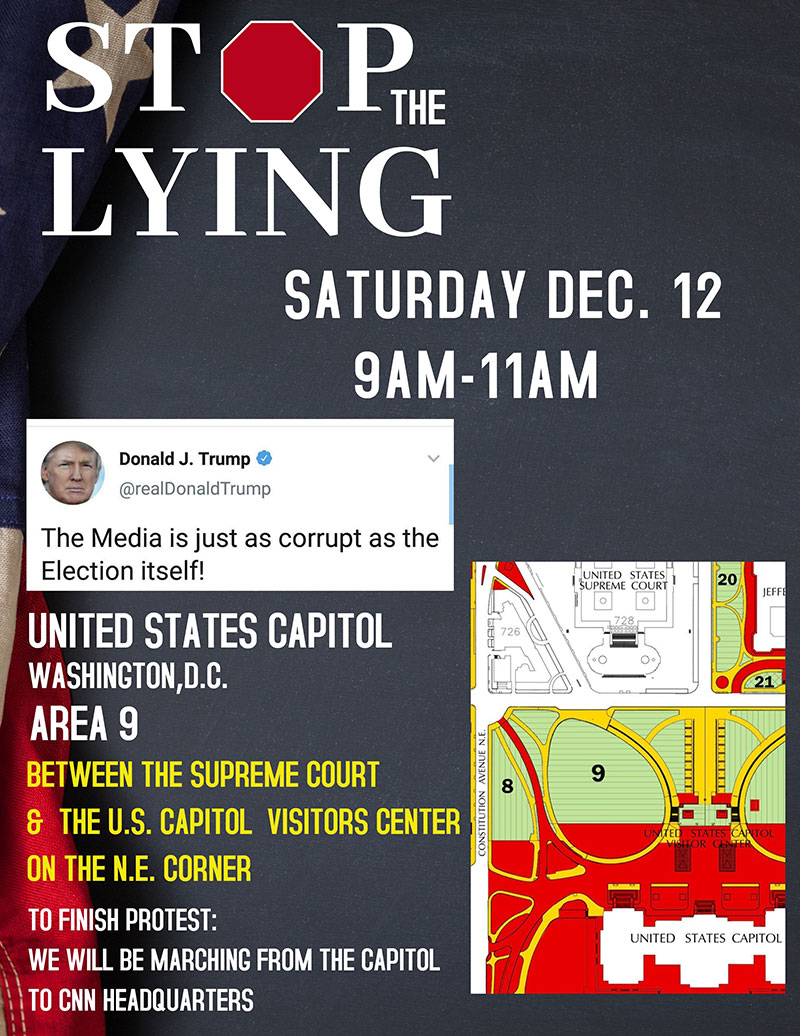 Good people everywhere need to speak out strongly on this. We hope to get you a full report later. Be there if you can!