There are still more questions than answers on the riots.

Will the feds step in and do their job? 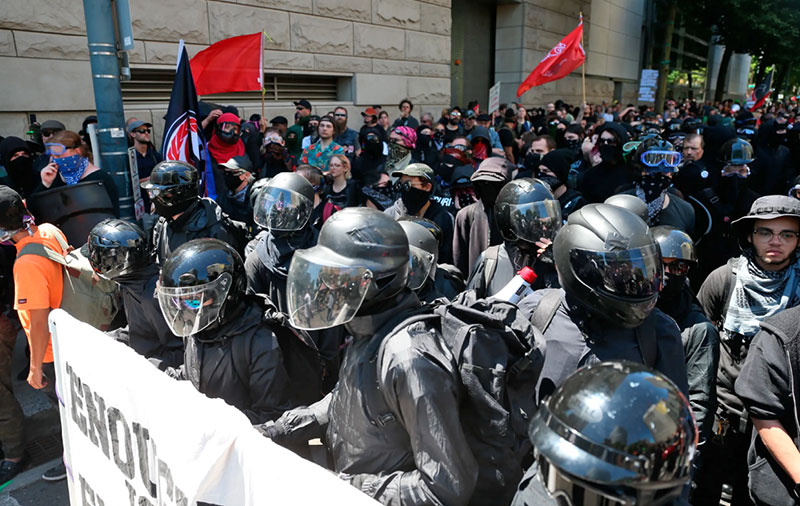 Organized rioters in Portland, Oregon ready to inflict damage on property and people.

The seemingly spontaneous Black Lives Matter-inspired protests, attacks, and riots happening all across the country have been confusing and frightening to most people.

Last month 50 Republican congressmen sent a letter to Attorney General Barr asking that the DOJ investigate the groups responsible for the rioting in our cities, and use existing federal law to prosecute those “participating in, inciting, organizing, or funding” those riots. It’s about time. 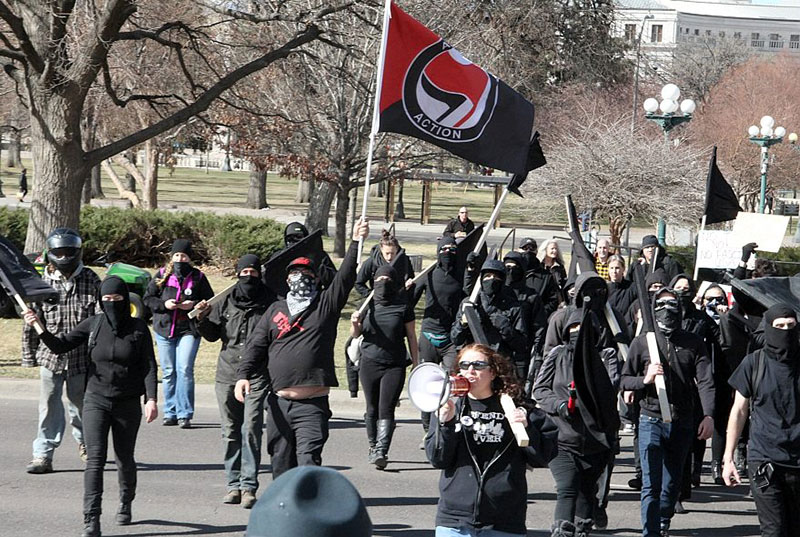 The "army" taking over a street in Denver.

MassResistance been involved with on-the-ground activism for over 25 years. We tend to notice things from that perspective. As we’ve watched what’s been taking place, a number of obvious questions came to mind:

Corporate America is also making sure that the rioters unlucky enough to be arrested get their bail paid for and the best lawyers possible. The rioters’ legal defense funds probably total close to $100 million. (In Boston, even the NAACP is advertising on Pandora for donations for the Black Lives Matter legal defense fund.) 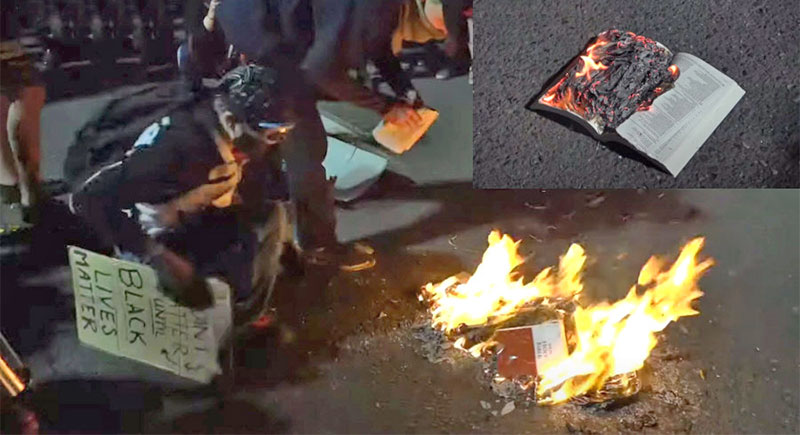 Perhaps the least surprising part of all this is that local police are reticent to arrest these people, and local district attorneys have little interest in prosecuting them. Just the opposite, in fact: Many police “take the knee” at Black Lives Matters events and District Attorneys are often letting the rioters go free as quickly as they get arrested. This terrible institutional deference to left-wing law-breaking has been going on for decades. (That’s a subject for a future article.)

For now, let’s suppose that the rioters were right-wingers. How would the federal government react? A lot differently!

Here’s what would happen: This would be considered a completely federal matter. The FBI, Justice Department, and Dept. of Homeland Security would take the lead. The NSA would be helping to intercept the rioters’ communications. If necessary, federal troops would be involved – certainly federal marshals. Everyone arrested would be charged with some strong federal violation, likely the federal interstate riot act. By now, the organization would be broken up and the organizers in custody. If the funders weren’t being charged as accessories, at least the funds would be impounded.

For example, last week the FBI arrested six men who allegedly were discussing a plot to kidnap the left-wing governor of Michigan. The government clearly put a lot of effort into that; they even planted an informer among them.

Actually, the feds claim that they’ve already been investigating and arresting people connected to the riots. But it seems to be a pretty limp-wristed effort, given the gravity of the situation – sort of like the “investigation” of Hillary Clinton’s secret Internet server.

President Trump recently ordered the Justice Department, FBI, and other federal agencies to discontinue the toxic “critical race theory” propaganda sessions they have required employees to attend. That should tell all you need to know. Unfortunately, our federal government is too far in the Left’s tank for any serious action to protect Americans from these lawbreakers.

It was assuring to see that the letter from the Congressmen indicates an understanding of the problem:

As you know, 18 U.S. § 2101 makes it a federal crime punishable by up to five years in prison to incite a riot; organize, promote, encourage, participate in, or carry on a riot; commit any act of violence in furtherance of a riot; or aid or abet any person in inciting or participating in a riot …

The prolonged nature and organization of these violent attacks, including the rioters' use of military grade helmets, gas masks, protective vests, and illegal fireworks, clearly displays the high level of coordination and outside funding supporting these anarchist groups. It is readily apparent that these individuals were outfitted for war and were clearly part of a planned effort to infiltrate peaceful protests, provoke violence, and further subvert our system of government.

For the time being, we can hope that the Republican Congressmen can somehow light a fire under the Attorney General (and other federal departments) to do this right. And let’s pray that President Trump can truly drain the swamp in his second term. 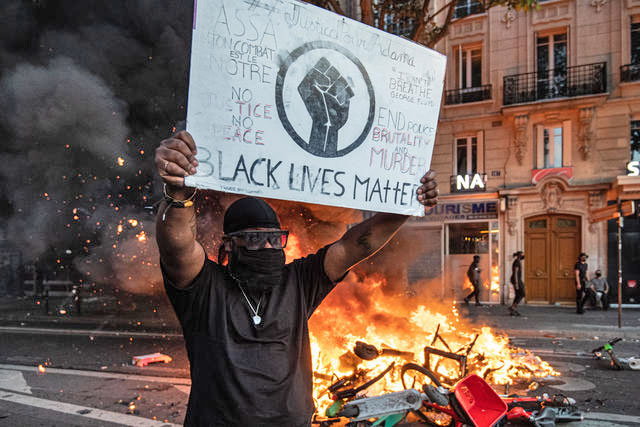