A country that’s fighting back! 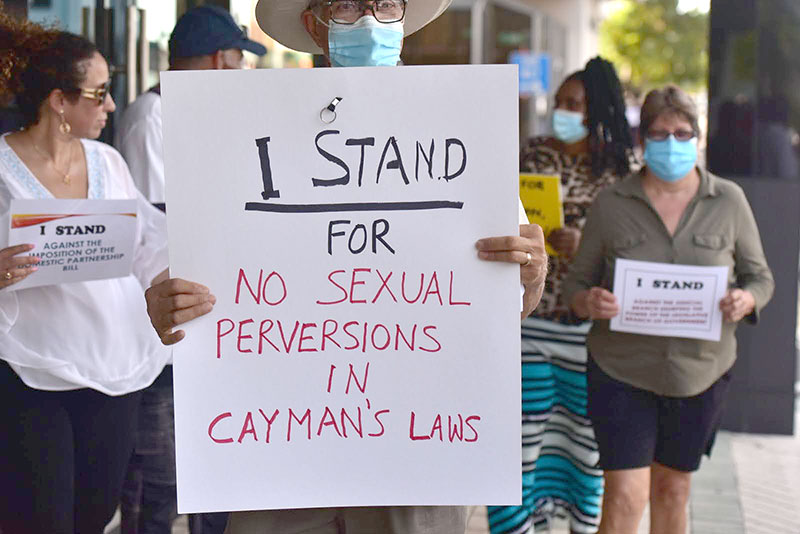 The people of the Cayman Islands understand that even "domestic partnerships" go too far.

On March 14, after a three-year battle, a British high court ruled that “gay marriage” is officially banned in the Cayman Islands. The small island nation continues to boldly hold back the worldwide LGBT onslaught to force “gay marriage.” This was a great victory!

Cayman Islands is a self-governing territory of the United Kingdom. The three islands are located in the Caribbean Sea south of Havana and northwest of Jamaica. 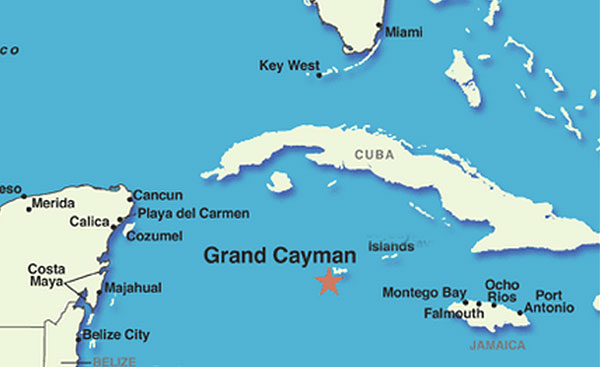 But there’s still work to do. A recent edict by the British-appointed Governor imposing “domestic partnerships” needs to be overturned. It is apparently illegal because it bypassed the country’s Legislative Assembly.

A pattern of aggressive LGBT judicial activism has been playing out around the world for the past twenty years. The homosexual movement targets a country (or jurisdiction) which does not allow “gay marriage.” They prop up a gay or lesbian couple in the area to sue for violating their so-called right to marry. A judicial fiat forces legislative action extending the LGBT “marriage” agenda – including adoption by homosexuals, non-discrimination, etc. – into the laws.

In the U.S. the “gay marriage” court blitz began in Massachusetts in 2003 and culminated with the U.S. Supreme Court Obergefell ruling in 2014. Since then, the well-funded LGBT movement has been pushing it around the world, most recently in the Caribbean where Christian values have strongly resisted it. (Jamaica still maintains its anti-sodomy law, which has endured several LGBT challenges.)

The battle comes to the Cayman Islands

In 2018 the international LGBT movement brought the battle to the Cayman Islands, and the fight has been going on since then. Here’s the chronology:

An obscure section of the Cayman Islands Constitution allows the Governor to impose a law if the Legislative Assembly is unlikely to do so. But such a law must deal with the official responsibilities of the Governor, which are listed as: defense, external affairs, police, and appointments of officers.

The Governor’s arrogant statement rationalizes his overstepping authority through appeal to international law. He admitted that “there was no prospect of the bill coming back to the Legislative Assembly, or if it did that it would be successfully passed.” He declared that the action is “necessary” and “cannot be ignored” despite what the Constitution says. In defending this intervention, he made the absurd claim that it is an “external affair” – not a domestic matter – because the European Convention on Human Rights (which the UK has signed but the Cayman Islands have not) recognizes same-sex “marriage.” 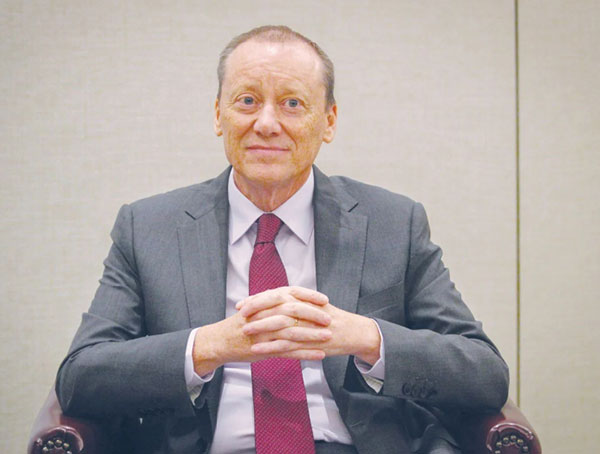 Thus, homosexual “domestic partnerships” were imposed on the Cayman Islands against the will of the people.

The following month, August 2020, Cayman Islands pro-family activists contacted MassResistance. The churches and pro-family groups wanted advice and guidance on fighting back. We got right to work.

Kattina Anglin, one of the main Cayman Islands pro-family activists, described how MassResistance was able to help:

MassResistance helped us to understand how to organize people and run a protest. Arthur Schaper [MassResistance Organization Director] started by holding Zoom calls with the pastor at the New Testament Church [a large church].

He showed us different approaches that we could use about trying to pressure the government, and the best ways to communicate. A lot of people are catching on to the tactics, and how to hold out without quitting. Even just a few people can create an incredible impact in the decision making. People realize that they have the right to speak up. So MassResistance is having a positive influence on individuals here about standing up for their rights.

And we saw that we had people as far away as California who supported us and joined us in our outrage - that we weren’t alone.

After a few weeks of MassResistance help, public protests were held. These brought a lot of people together and sent a strong message to the government – and to the pro-LGBT media and activists. 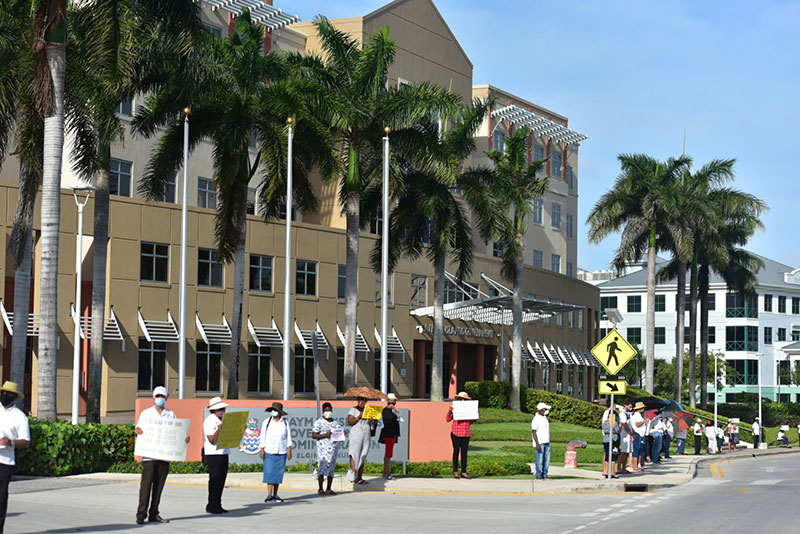 Protesters in front of the Cayman Islands Government Building. 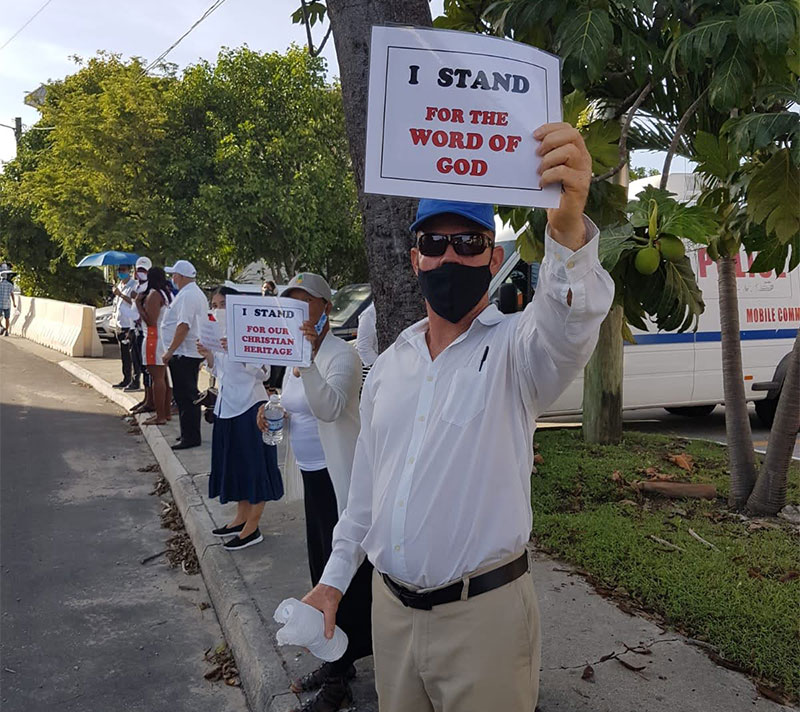 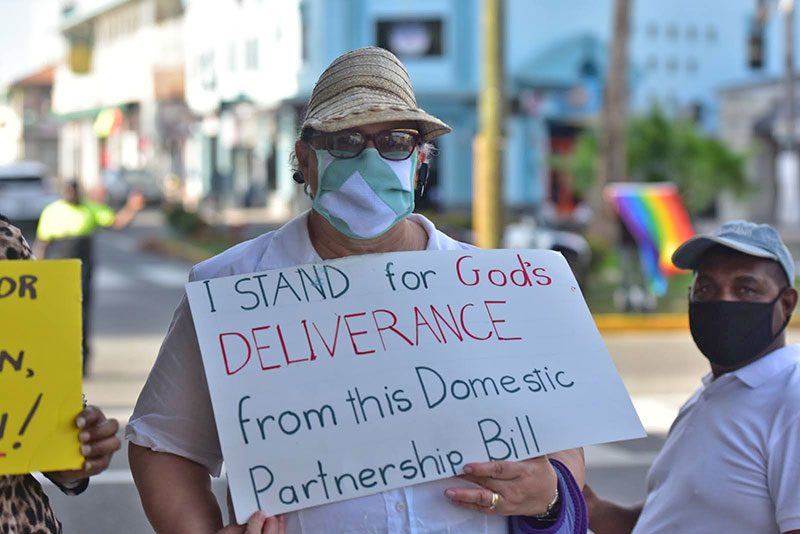 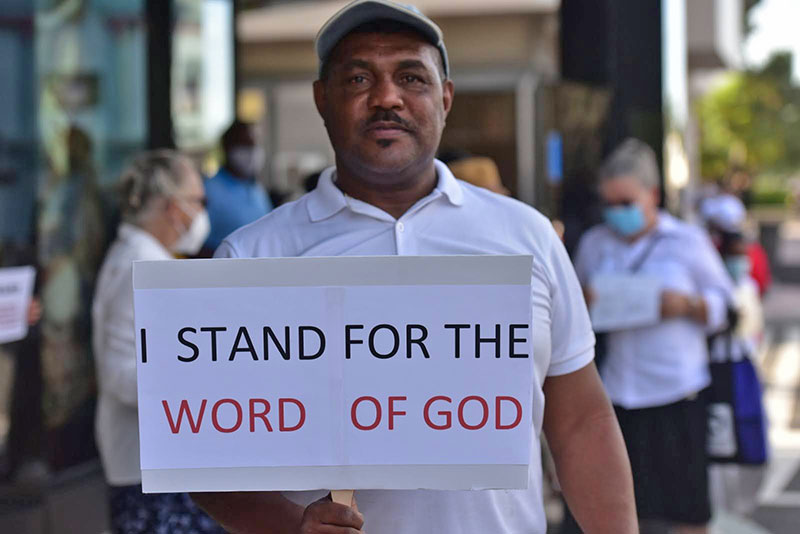 The LGBT movement decided to counter the pro-family activism. On July 31, 2021, the first “Gay Pride” was held on the Cayman Islands. The large crowd of marchers included the British Governor, Martyn Roper. There was a substantial turnout. 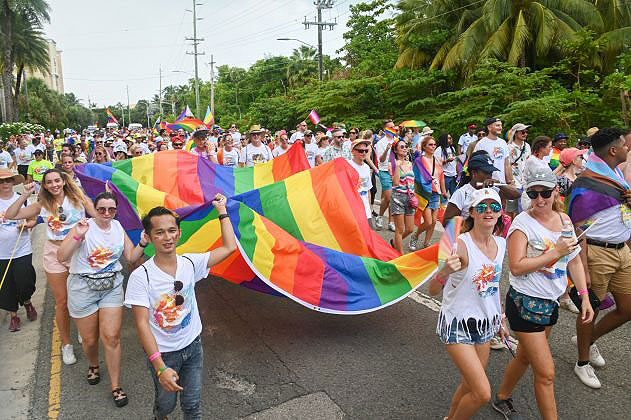 The first Cayman Islands Gay Pride Parade appeared to have a big turnout - but reportedly most of the participants were not locals. 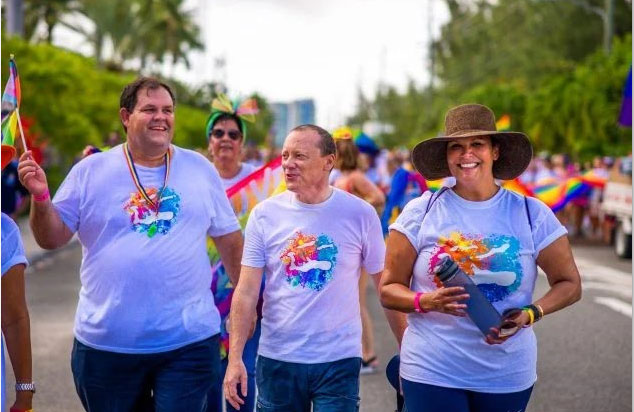 But it was basically a sham. The observers said they’d never seen so many foreigners in the country at one time, as were marching in that parade. As one Cayman citizen told us, “It was blatantly obvious. They were not from here. They were not locals.” According to activists we spoke with, the people who work at customs even said that large numbers flew in the day before the parade and flew back out the day after. “So they came down specifically for the gay parade. It did not represent the support they have from people here,” we were told.

The Judicial Committee of the Privy Council (JCPC), located in London, is the court of final appeal for the UK overseas territories – which includes the Cayman Islands.

Soon after losing their “gay marriage” case before the Cayman Islands Appeals Court, the lesbian couple (supported by the LGBT movement) filed an appeal before the JCPC. The case was heard on Feb. 22, 2021.

On March 14, 2022, the decision finally came. The JCPC unanimously ruled that in the Cayman Islands, “this is a matter of choice for the legislative assembly rather than a right laid down in the constitution.” At this point, the Legislative Assembly has no interest in bringing the bill back – especially since the Appeals Court had declared it unconstitutional.

Although there’s still more work to do – overturning the Governor’s “domestic partnerships” edict – this was a huge win. As Kattina Anglin told us:

I think you should know that people here in the Cayman Islands are rejoicing. There’s a big sigh of relief – not just by Christians, but other people in the country who want to maintain a healthy society, a society where the man and the woman and the children is the definition of marriage, of family. We are a God-fearing nation.

It’s clear to most people that the Governor had no legal right to impose a domestic partnership law because marriage is an internal affair, not an “external affair” as he is claiming.

In August 2020, Kattina Anglin was granted legal aid, and filed a challenge in the Caymans Islands Grand Court against the Governor for unlawful use of Section 81 of the Constitution in order to pass the Domestic Partnership Act. 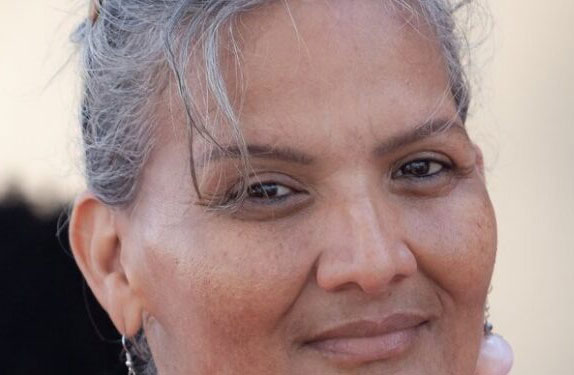 In November 2020, there was a preliminary assessment hearing where the Court determined the claim has merit. Thirteen months later, in December 2021, the case was heard before the Court.

We are still waiting for a ruling to be returned.

MassResistance gets the call again!

Last week Kattina and other Cayman Islands pro-family activists asked MassResistance to come back and get involved.

It’s possible that the Legislative Assembly may again be getting involved with the LGBT issue – either marriage or otherwise. There are thousands of people in the Cayman Islands who are on our side (signers of pro-marriage petitions, members of Bible-believing churches, etc.) who need to be mobilized.

And there is even widespread talk about a legal move to have the Governor recalled. As one man told us, “He has dishonored us, he has violated our rights, and he has undermined our Christian order. Britain needs to be told that we want a replacement.”

We’re rolling up our sleeves and again helping the people of the Cayman Islands!