Far-left Judge had scheduled hearing Feb. 16 to determine whether pastor is a “dangerous person,” subject to fines even before his trial

Pastor forced to file for bankruptcy in federal court 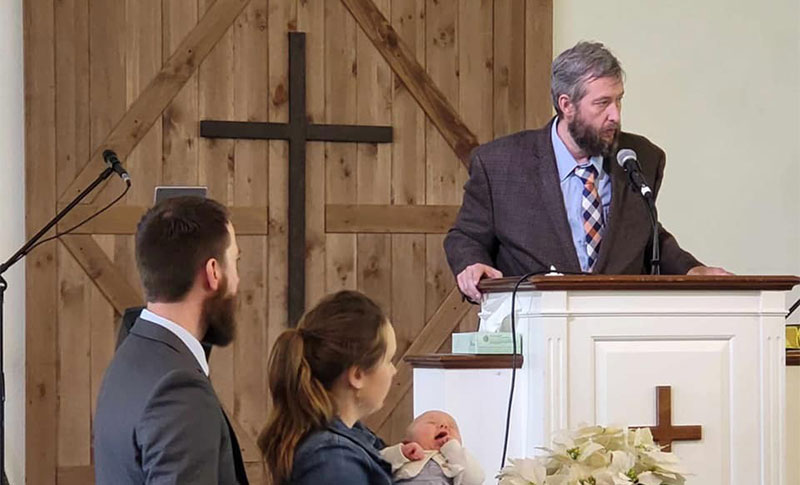 Pastor Jordan Hall is principled and fearless. That's why the LGBT movement is out to destroy him.

Pastor Jordan Hall, a conservative pastor who is the publisher of Montana’s largest and most influential conservative news site, has been forced to file for personal bankruptcy as he faces a massive LGBT lawsuit. Even before his trial, the judge was expected to impose fines in a hearing that had been scheduled for Feb. 16. That proceeding was suddenly postponed once Hall filed for bankruptcy.

As we reported earlier this week, Pastor Hall is publisher of the Montana Daily Gazette. He is being sued for libel and $250,000 damages by Adrian Jawort, a “transgender” American Indian activist who is also a registered lobbyist at the Montana State Capitol. Jawort – a man who wears a dress and heavy makeup, and stands 6’3” in women’s heels – claims that Hall libeled him in an article describing a confrontation allegedly involving Jawort and some legislators at the Capitol. As we described, this case has no merit and would be thrown out in any normal court setting. 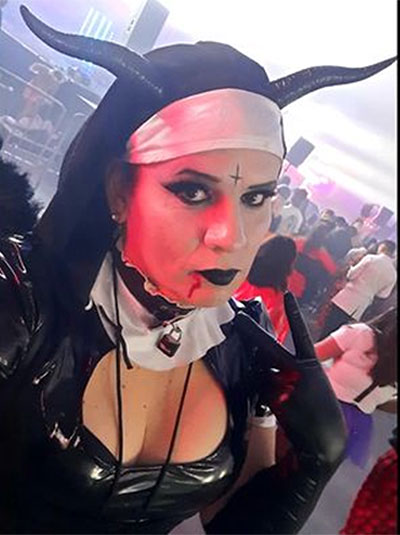 Not your regular State Capitol lobbyist. From Jawort’s public Facebook page: Christian verses certainly seem to anger this fellow. The Satanic horns, inverted cross on his forehead, and blood dripping from his mouth indicate where he’s coming from.

However, Jawort is represented by a group of well-funded leftist attorneys who have already spent an estimated $150,000 against Hall – and the trial has not even started.

In addition, Jawort’s lawyers were able to get the case moved away from Hall’s home county to a judge, Elizabeth Best, who is arguably the most ruthlessly left-wing in the state. She has already shown her strong bias against Hall. In a recent court filing, she characterized his Gazette article as employing “an offensive and ignorant epithet used by transphobic people, obviously aimed at demeaning Jawort.”

Judge Best had scheduled a special preliminary hearing for this past Wednesday, Feb. 16, to determine if Hall is a “threat” to public order. Jawort’s lawyers claim that Hall’s use of Bible quotes and Christian imagery when speaking about the lawsuit constituted “threats” to the plaintiff, his attorneys, and the judge. According to information we had, Judge Best was very likely to fine Hall up to hundreds of thousands of dollars – before the trial even started.

On Monday, Feb. 14, Pastor Hall filed for Chapter 7 Bankruptcy in federal bankruptcy court. Pastor Hall has not discussed any details about this. But according to a news report, his filing “listed assets of less than $50,000 and that attorneys’ fees were the primary driver of his bankruptcy, and those bills ranged between $100,000 and $500,000.”

Hall’s bankruptcy filing also puts an immediate stay, or halt, to any legal proceedings, meaning that it instantly stops the sanctions hearing that was scheduled for Wednesday. The stay is in effect for as long as 30 days, and Judge Benjamin P. Hursh [the federal bankruptcy judge] may ultimately decide how the case will proceed.

Going into personal bankruptcy is certainly a horrible situation. Although Pastor Hall has not discussed this, it’s easy to see the seemingly untenable situation he was put in.

He and his attorney are facing a team of leftist lawyers who have unlimited funding to destroy him. He is up against a far-left judge who has already shown extreme bias against him, including allowing the opposing lawyers to impose an aggressive and invasive “discovery” process that clearly goes beyond any objective necessity for the case. There was a strong feeling that the judge was preparing to declare him a “threat” and impose a huge fine on him. 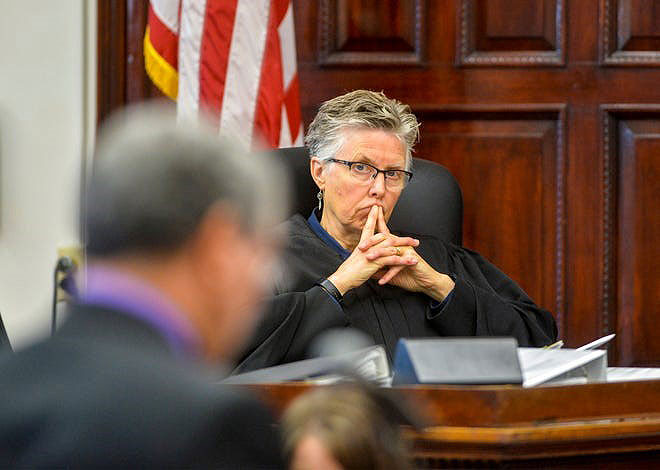 Just how bad is Judge Best? Here’s what Bart Crabtree, President of the Montana Citizens Council on Judicial Accountability, recently wrote about this case:

Eighth judicial district court judge Elizabeth Best is arguably one of the worst judges ever to sit on the bench. There is case after case in Cascade County of her usurping our state statutes, violating judicial canon of ethics, and a character of intemperance. Her appointment to this particular case is by design and of no surprise. She believes she is the master rather than a servant of the people, and is not liked in Cascade County where there is a fervent desire to have her removed. She has already demonstrated undue bias towards Mr. Hall in statements she has apparently made, according to the [Sidney, MT] Herald, which automatically disqualifies her as judge in the case, per MCA 3-1-805.

After the trial is over, the only appeal is to the Montana Supreme Court, which is very left-leaning. It already has ruled against Hall on one issue regarding this case that would have seemed obvious – whether Jawort is a “limited public figure.” So there is no confidence that Hall would get a fair hearing there. (Maybe this must go to the U.S. Supreme Court?)

Jordan Hall’s real “crime” is being unafraid to publish the truth about the LGBT agenda. The “libel” charge is a red herring concocted to bludgeon him. His Daily Montana Gazette may be the most widely read news site in the state. That’s why the Left wants to destroy it – and him.

It is unfortunate that in a “red state” like Montana – where Republicans have super-majorities in both houses of the Legislature and hold all statewide elected offices, that the judiciary is largely left-wing. According to people we talk to there, this is because the state’s only law school is at the left-leaning University of Montana.

Pastor Jordan Hall is, sadly, paying the price for being principled and fearless. But this fight isn’t over! You can help support him here.

Addendum 2/19/22: A person knowledgeable of this case has told us that it’s extremely unlikely that it will be back before Judge Best. The federal bankruptcy judge, Judge Hursh, will be deciding what will happen going forward. Although Jawort’s lawyers have already begun contesting the bankruptcy, Judge Hursh has a reputation for being fair and following the law properly. We'll see what happens.