Board shuts down citizen’s appeal vs. inappropriate children’s book. Claim speaker was "disrespectful."

Board members continue to side with Library Director against parents 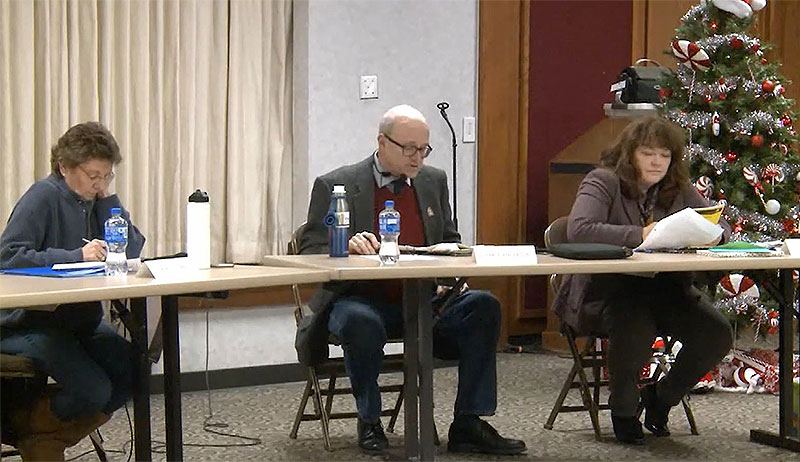 These days, radical public library officials will do almost anything – even break the law – to intimidate and discourage citizens from attempting to stop their abuses against children. In Campbell County, Wyoming, MassResistance community activists have been relentlessly taking a stand to stop their public library officials from foisting LGBT pornography and other inappropriate books on young children and teens.

But our activists are learning that relentless pressure pays off.

Library Board chairman steps down

On Dec. 20, 2021, the Campbell County Library Board opened their meeting with a new chairman, Charlie Anderson.

His predecessor, Dr. Hollie Stewart, had abruptly resigned as chairman soon after the November meeting but continues to serve as a Board member. According to people we spoke to, she had been complaining bitterly to members of the County Commission about having to run Board meetings with the ongoing anger from Wyoming MassResistance parents over the offensive children’s books. 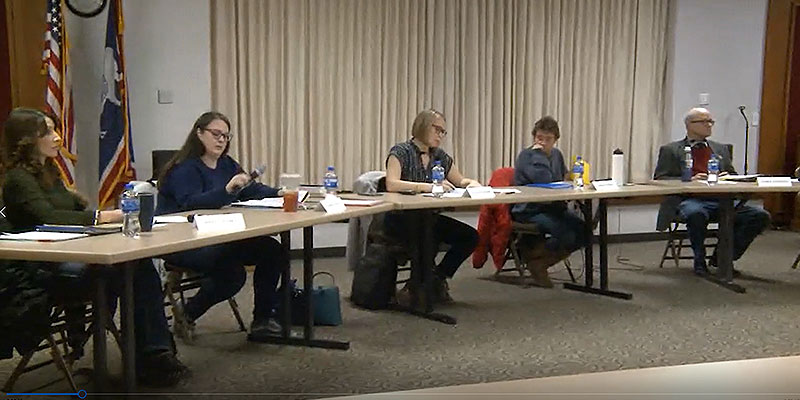 Anderson’s first action as new chairman was to introduce a new restrictive “public comment” policy. This high-handed tactic is being used across the country by public officials to insulate themselves from the outrage brought on by their arrogant actions.

Anderson read his proposed policy aloud. (See our transcription here.) It states that public comment at meetings is not a legal right, but a privilege granted by the Board. The policy was developed after (supposed) “personal attacks directed at this Board.”

The policy bans “inappropriate comments or behavior.” Inappropriate behavior is defined as “attempting to engage individual Board members in conversation” and “insults.”  It also lists “obscenities, or profanity and/or physical violence or any threat thereof” as well as “attacks against any person in their personal capacity” (which is unclear). But to imply that concerned parents would engage in profanity, physical violence, or threats is absurd.

The policy outlines a series of steps for enforcement: (1) The chairman rules the speaker out of order. (2) If the behavior continues, the speaker will be asked to leave. (3) If inappropriate conduct continues, the chairman may “entertain a motion to end public comment and adjourn the meeting.” It also limits speakers in public comment to three minutes, an absurdly short time for that kind of body.

Anderson said that he and Sean Brown, the (liberal) assistant County Attorney jointly put together the policy. (Perhaps they were inspired by U.S. Attorney General Merrick Garland’s memo casting parents who dare to speak up as domestic terrorists.)

It would certainly appear that this policy is illegal under Wyoming law. Wyoming statute 16-4-406 states that in the event of “disruption of public meetings” a body may (a) have the person or persons removed and continue the session; or (b) recess the meeting and reconvene to another location and continue with the agenda. It does not give the option of simply adjourning the meeting. But like most leftists, Charlie Anderson and Sean Brown decided to devise their own set of rules.

Using new policy to suddenly shut down the meeting!

On the Dec. 20 meeting’s agenda were appeals to the Library Board by local citizens. They sought to remove four books whose challenges had been rejected by the library staff.

We’ve already reported on the appeal of the first book Trans Mission, a sickening, pornographic LGBT book for teenagers that the Board nevertheless voted to keep in the shelves.

The other three books were being appealed by Kevin, the son of two great Wyoming MassResistance activists. Kevin got right to work.

His first appeal was on the book, The Babysitter’s Coven. Following the trend of anti-Christian children’s books, it is a slick teenagers’ introduction to occult and satanic beliefs and symbolism which encourages teenagers to explore further. (It’s no wonder so many young people are drawn into Satanism.) The plot also includes a man abducting girls and holding them in a basement. It encourages underage drinking and drug use (two issues affecting teenagers in Campbell County). This portrayal of repulsive people who do nasty things has no redeeming value. 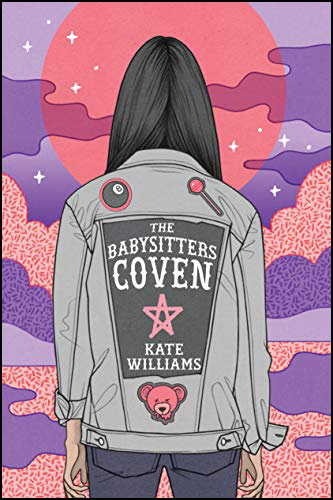 Even the book cover is weird.

Kevin described how reviewers – which the library uses in their “collection” process – were not impressed by this book. He quoted one mainstream reviewer saying, “I am not really comfortable recommending a young teen to read this book.” 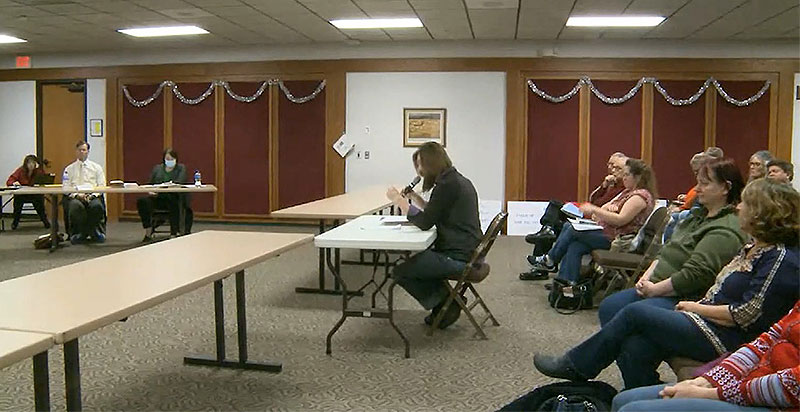 Kevin begins his presentation of "The Babysitter's Coven" to the Board on Dec. 20 as local parents seated behind him look on.

A few minutes into Kevin’s presentation, some of the Board members were clearly getting uncomfortable. They rudely started interrupting Kevin. Charlie Anderson grilled him about Lord of the Rings, a book that was not relevant to the conversation. It seemed like a hostile cross-examination. Then Anderson started berating him for bringing up the book reviews. When Kevin started to answer him, Board member Miranda Finn suddenly jumped in:

Charlie Anderson: I was hoping you’d talk about the book that we’re here to discuss.

Kevin: That’s what I’ve been doing. I’m using data and sources to back up what I’m saying so I’m not just bubbling effervescent from my face here. I’m trying to actually use some facts here.

Miranda Finn: Mr. Chairman, we’ve reached the point where disrespect is being displayed. I move to adjourn the meeting.

Immediately then, Anderson called for a vote to adjourn. There were four “Aye” votes. (He did not ask if there were any “Nay” votes. Mandy Steward later told him that she was a “Nay” vote.) Anderson quickly declared the meeting adjourned.

A violation of the policy they had just passed

This was in violation of the policy they had just passed! Before adjourning the meeting, they should have first (1) ruled Kevin out of order, then (2) asked him to leave. They did neither.

Also, the basis of the adjournment was that “disrespect is being displayed” by Kevin. But “disrespect” is not part of their definition of inappropriate behavior. Kevin did not actually violate anything.

All this shows how contemptible and loathsome these people are.

At the January Board meeting Kevin was allowed to continue

At the January 24, 2022 meeting of the Library Board, the arrogance continued. But Kevin’s persistence clearly had them rattled, and he was not letting up.

At the beginning of the meeting, Kevin requested that they read the Wyoming statute on “disruption of public meetings” which clearly contradicts their new policy. Anderson asked one of the staff members to read it aloud. The staffer did, but the Board didn’t react at all and just continued with their meeting.

They allowed Kevin to finish his three book appeals. The other two books were A Quick and Easy Guide to Queer and Trans Identities and Music from Another World. Both books intend to draw young teenagers into homosexuality. They portray homosexual relationships and sex as normal and very desirable. 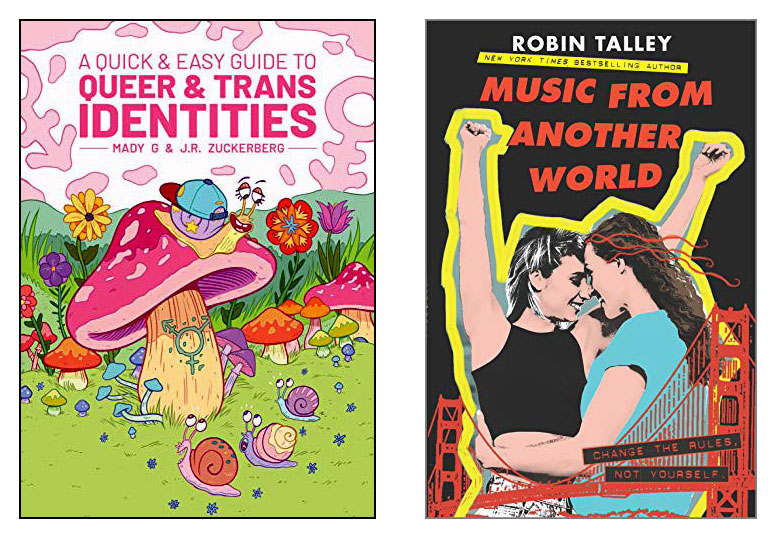 This time the Board let Kevin finish his presentations. Immediately afterwards, the Board allowed the Library Director to deliver a “rebuttal” to Kevin’s appeal. Much of that was the boilerplate text from her previous rebuttal in December.

Then, to no one’s surprise, the Board voted 4-1 to reject all of Kevin’s appeal, with Mandy Steward being the holdout.

The Board was not in the clear yet. They got pummeled during the public comment section.

Citizen after citizen got up and blasted the Board for doing nothing to get rid of the terrible books, and the staff who have been selecting the books. One woman pointed out that the efforts of the Wyoming MassResistance team are inspiring other people around the country to press forward, demand answers from their local libraries, and get harmful books removed. At one point, a woman who identified herself as a retired librarian pointed out that the local newspaper has applauded the Library Director. Kevin got up and reminded her that the newspaper differs from the community on most issues, including this. 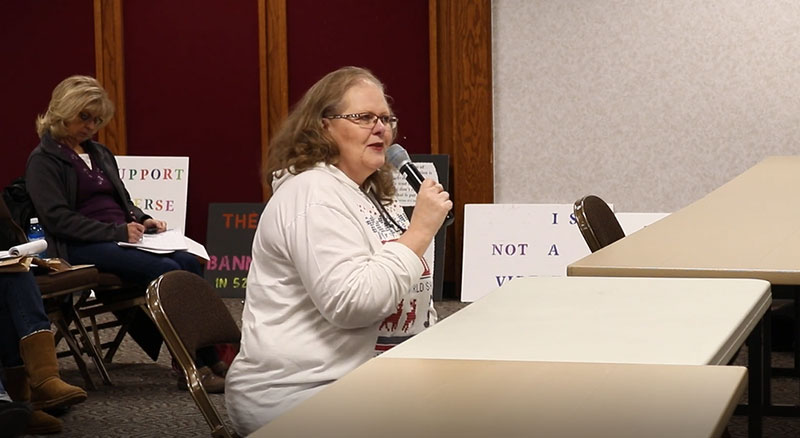 This woman talked about being part of Wyoming MassResistance and travelling around the state, and that people knew about this battle: “I hear some positive stories and it’s so exciting. Because of us, people have taken on their own libraries. And they’re getting things done! Books are being removed!" she said.

Decades ago, most states across the country passed laws exempting schools, libraries, and museums from laws banning obscenity (as harmful to minors). This was done in the interest of protecting legitimate artwork that sometimes portrayed nudity. But now, radical staff members and public officials are using that as cover to push pornography onto children in schools and libraries. (Attempts to overturn these laws in some states have been strongly opposed by teachers’ unions and LGBT groups.)

Regarding the issue of “disrespecting” officials: In a famous 1964 case (New York Times v Sullivan) the US Supreme Court opined that America has a "profound national commitment to the principle that debate on public issues should be uninhibited, robust, and wide-open, and that it may well include vehement, caustic, and sometimes unpleasantly sharp attacks on government and public officials."

When public officials declare that they and their actions are above criticism by ordinary citizens, we all need to get very upset. These people have no morals and no conscience. They deserve parents’ disrespect. We will certainly not be intimidated by them.

There’s a lot more to come from Campbell County, Wyoming!