Had been put up by radical school staffers – in conservative district

The middle school website had featured a toxic LGBT "resource" page for children.

This is another example where one activist can make a big difference!

Churchill County in north central Nevada is one of the most conservative districts in a state that’s been drifting leftward. Thus, it has been a target of the LGBT movement, with a recent infiltration of LGBT content and programs into the school system.

In March 2022 he met with the school district Superintendent and her assistant. He brought our book The Health Hazards of Homosexuality. He urged them to address this problem by recommending strong policies to the School Board, and by making information about the LGBT movement and its effect on children widely available.

Little did Geoff know that the schools were moving in the opposite direction, targeting middle schoolers, promoting harmful LGBT information and contacts.

It stated at the bottom of the page, “This is an exclusively online project created by a queer educator, for queer students and their allies.” 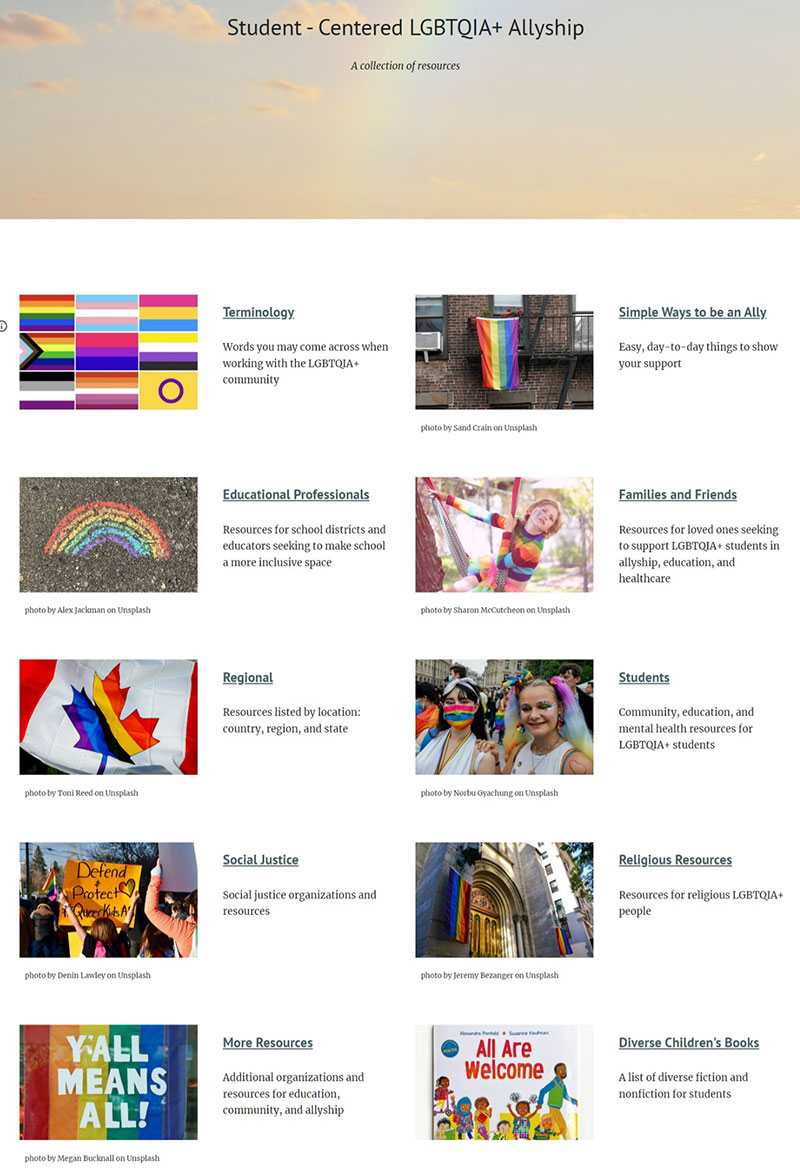 Screen grab of the web page before it was taken down.

Most of these links went to a horrible LGBT website called “The Trevor Project.” Purportedly a suicide prevention project, it is a toxic site that persuades kids that if they don’t fulfill their true “gay” or “transgender” identity, they may resort to suicide.

Outraged by this, Geoff registered a complaint with the police department. He protested in front of the school district administrative offices. He also protested on the sidewalk outside of the school.

Geoff’s protesting definitely angered the school officials. On April 28 the Superintendent issued a formal “no-trespass order” banning him from all school property for one year.

However, Geoff had not been on any school property, just the public sidewalk outside. The order claimed that he had used a megaphone to disrupt an outdoor ceremony with “statements about LGBTQ and how Churchill County School District is hurting kids.” Geoff strongly denies using a megaphone while any outdoor ceremony was taking place.

The school district’s larger purpose is clearly to keep Geoff from attending any School Committee meetings to complain – which the text of the order acknowledges will be one of the effects.

Luckily, Geoff’s attorney has notified the School Department that their no-trespass order does not keep him from protesting on the sidewalk, and is likely illegal. They will be pursuing this.

Geoff gets the web page taken down!

On May 2, 2022, a few days after the no-trespass order, Geoff made a presentation to the City Council. He passed out copies of the web page and described in detail what their middle school was making available to children. That apparently ignited the issue!

A week later, the local newspaper reported that the web page had been permanently taken down. A clear victory! 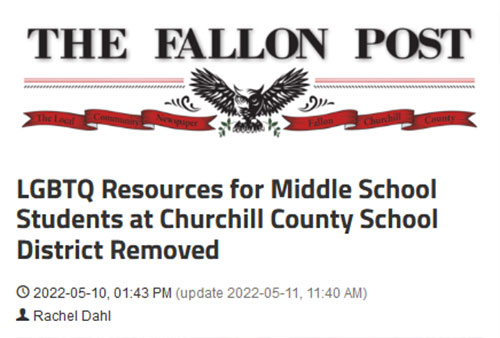 But the newspaper article didn’t give any details about its removal. So MassResistance filed a FOIA (Freedom of Information Act) with the school for all emails regarding that – and the school quickly complied.

We found out that a radical staffer had gathered the information and one of the middle school counselors had posted it. A few days after the City Council meeting making it a public issue, the press also emailed the school about it. At that point, the Superintendent directed that the page be taken down. She gave the interesting excuse that all such material needed to be properly vetted before being posted.

MassResistance National Organization Director Arthur Schaper also spoke on the phone with the Superintendent, and she gave him the same story. According to people at the school we’ve spoken to, there are no plans at all to bring it back.

There are three great take-aways from this:

Citizens everywhere would do well to follow Geoff’s example!