Arthur Schaper shows what the rest of us should be doing.

His success provides examples on how the pro-family movement can and must stand up against the LGBT left. 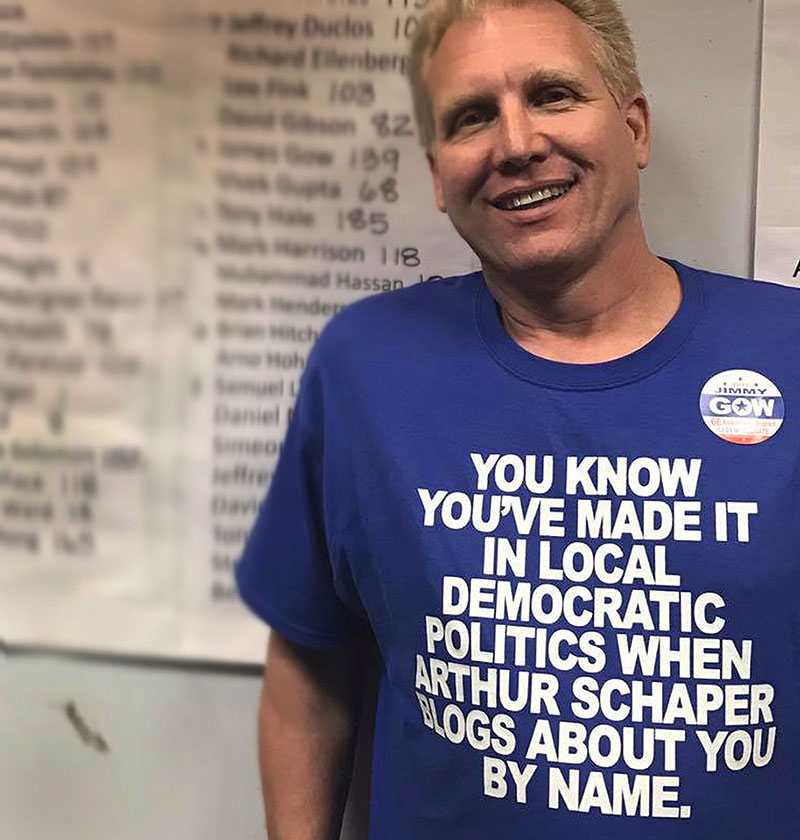 Declaring defeat: T-shirt worn by members of the Democratic Committee in Torrance, CA.

It’s one of the biggest obstacles conservatives face. When pro-family people are trying to protect children, they’re targeted with vicious personal attacks on social media from unhinged local leftists and LGBT activists. They become frightened and intimidated, and either hide in the shadows or give up completely. It’s unfortunately very effective and happens all over the country.

But it doesn’t have to be that way.

Arthur Schaper, our national Field Director, lives in Torrance, CA. Besides being a bold MassResistance activist he also champions conservative causes in local politics. As a result, the angry leftists there passionately hate him. But on their social media these days they cower from him.

The leftists and LGBT activists in Torrance began by viciously attacking Arthur on Facebook, Twitter, and other social media with all kinds of lies and vitriol. They even set up two websites (here and here) to smear him with their dishonesty and distortions.

But Arthur didn’t become afraid. Instead, whenever a leftist attacked him online, he attacked right back, He was relentless. And he didn’t have to lie like they do, he told the truth. Some examples are here, and here. Plus, he mocked their child-like “Schaper Derangement Syndrome.” 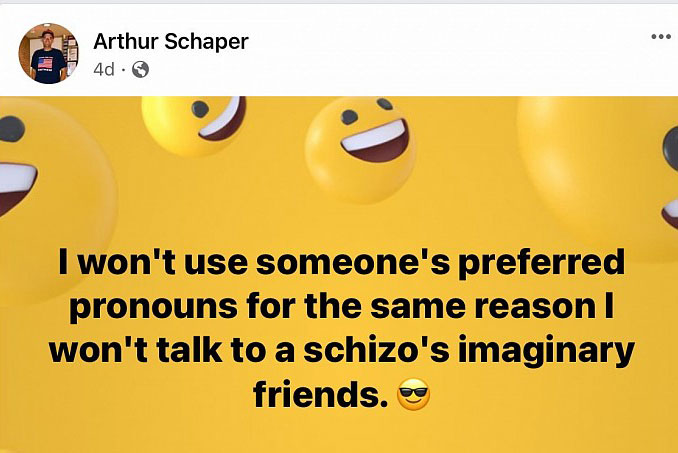 He was also in-their-face ridiculing their absurd ideology.

He didn't let anything slip by.

… And the leftists chicken out

Before long the “brave” and vitriolic leftist attackers were backing down in fear and intimidation. They clearly weren’t used to that treatment! Some of their reactions are quite pathetic:

Here are posts by a few leftist attack dogs after Arthur got through with them:

This nasty leftist activist seems be afraid of how negative comments about her will affect her employment (not surprisingly with "youth organizations"). But she didn’t care a bit about that when attacking others. 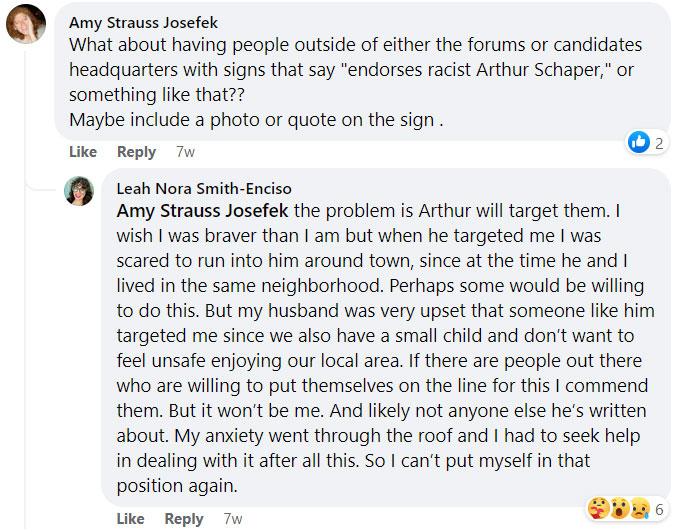 This pathetic leftist can dish it out but certainly can’t take it. After Arthur responded to her attacks, she whines, “My anxiety went through the roof and I had to seek help dealing with this.” 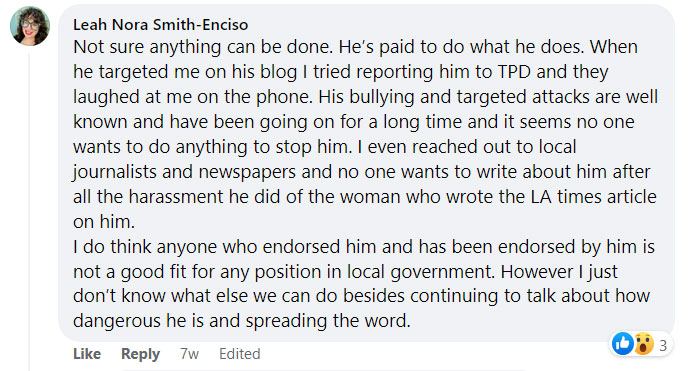 She says the called the Torrance Police Department (TPD) to report Arthur’s unkind blog entry! Really? As she admits, the police simply laughed at her!

As mentioned in the post above, Arthur is willing to take on the media (even the L.A. Times!) when they publish biased attack articles about him or MassResistance.

Who viciously attacks folks protecting children? One can easily observe that these leftists are weird, dysfunctional people on many levels. They are full of hate, constantly lie, and are obsessed with frightening and intimidating us.

They seem so formidable, but we’ve been saying for years that they’re paper tigers. Like all classic bullies they’re basically cowardly. If you appear afraid, it will embolden and inflame their viciousness even more. But if you fearlessly stand up to them, they’ll back down and crumple up.

MassResistance is here to help you do that! 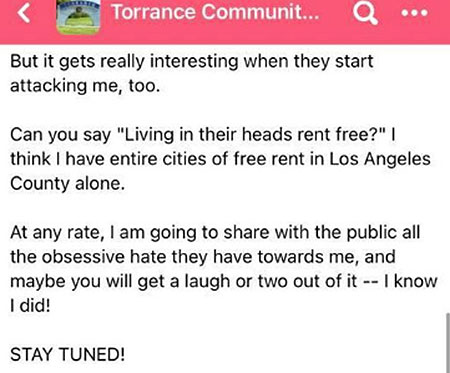 Poking them some more! Arthur posted this on a Torrance Community site they had previously used to attack him.