Part 2 of 2: The trial and sentencing 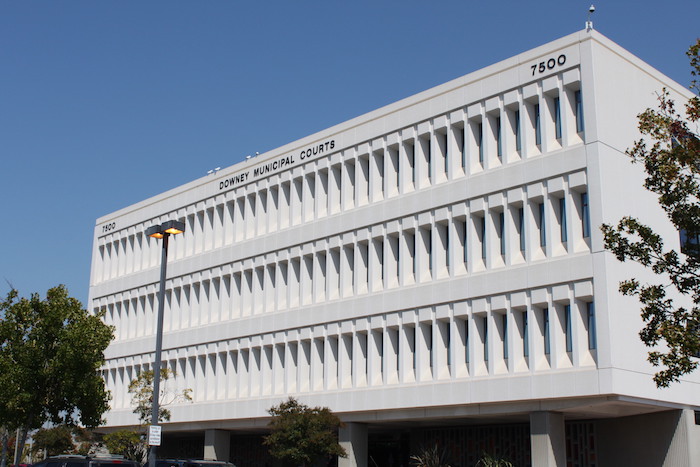 In Part I we described how Arthur Schaper was targeted by city officials and arrested during a bizarre scene at a Huntington Park, CA, City Council Meeting. His arrest was clearly politically motivated – he was an anti-illegal immigration spokesman opposing the city council and mayor who were violating state and federal law. They wanted him out of the room.

The arrest was just the beginning of a nightmare. It became clear that the government wanted to send Arthur a strong message about his conservative political activism.

Arthur was turned down by two California pro-family law groups. Therefore, a public defender was assigned to him. At his initial court hearing, set for Sept. 6, 2017, he was expected to meet his public defender to begin working on his case.

But when he got to the courthouse on Sept. 6, his name was not listed on the court calendar, and there was no public defender. Later that day he received an email from the Huntington Park police lieutenant in charge of his case, ordering him to appear in court instead on Oct. 23, 2017.

Arthur showed up on Oct. 23, and again he was not listed on the court calendar, and no public defender was assigned. (He later found out that the City of Huntington Park had not even filed the case.)

After the Dec. 18, 2017 hearing he finally met with his public defender. Arthur immediately began working with her on the details and background of the case. But then on Jan. 29, 2018, Arthur was notified that because of “staff changes in the public defender’s office” his public defender was being replaced.

As we’ve seen when liberal activists (such as the “Antifa” or “Occupy” crowd) are accused of crimes, even if they are arrested the government often declines to prosecute their cases. But with Arthur it was completely different. The very left-wing Los Angeles County District Attorney’s office adamantly told Arthur’s attorney that they were not letting him off.

The DA wanted to avoid the bother of a trial by having Arthur simply plead guilty to one of the misdemeanor charges that they had cooked up. But Arthur and his attorney felt that the government’s previous warnings to the city about its open meeting law violations demonstrated that Arthur had been illegally targeted and that the law was on his side in this situation. So he asked for a jury trial.

Delays and more delays. The DA’s office was clearly angry at that decision and the delays started piling up. There were several more pre-trial hearings, mostly requested by the DA. The trial was finally scheduled for Sept. 18, 2018 – well over a year after Arthur’s arrest. But then the DA’s office said it still “needed more time to prepare” so the trial was re-scheduled for Oct. 17, 2018.

The prejudice and sheer injustice in this trial are nothing short of bizarre. The judge and prosecutor appeared to be almost in collusion. The judge, Commissioner Maria May Santos, was obviously a pro-illegal immigrant liberal and blatantly biased against Arthur. The Deputy District Attorney, Carl Marrone, clearly also a liberal, was relentless in his prosecution of him.

The charge against Arthur was “failure to follow the lawful order of a police officer,” a misdemeanor. His actions were entirely peaceful; once they told him he was under arrest he cooperated completely. But the DA (with the judge’s blessing) focused almost entirely on attacking Arthur’s political beliefs and his conservative activism.

Arthur’s lawyer objected over and over again to these tactics. He insisted that it was outside the scope of the trial. In every instance the judge overruled him and allowed the DA to continue.

When it suited him, the DA even misrepresented the facts of the actual incident. In his closing arguments, he told the jury that everyone had left the room but Arthur. However, the photos we have shown that several other people also stayed in the room.

These sleazy, emotional-based tactics and the judge’s outrageous bias did the job. When the jury went out to deliberate, they came back after just 15 minutes with a “guilty” verdict.

After the sentencing, Arthur and one of his two witnesses who were allowed to testify talked about the arrest, the trial, and the sentencing. See video.

The ultimate outrage came when the judge, Maria May Santos, handed out the sentence. It was like something out of the old Soviet Union. It has little to do with the specific infraction. The sentencing clearly reflects a personal rage at Arthur more than anything else – and was intended to frighten everyone else who agrees with Arthur:

To give you some perspective …

Like most liberals, Judge Maria May Santos is certainly not known for giving out “tough” sentences – just the opposite! As Arthur sat in her courtroom, he witnessed the following:

She certainly didn’t get enraged at them, or anything else. Arthur’s sentence was all about punishing his political beliefs and conservative activism. 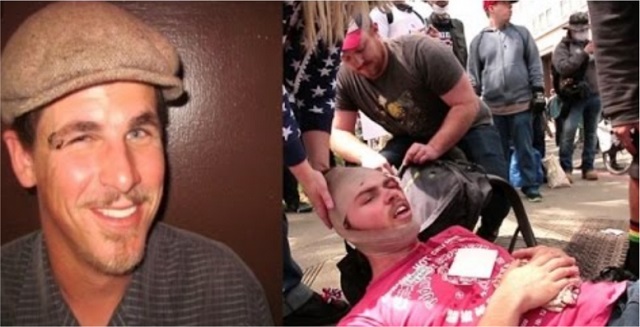 In April 2017 in Berkeley, CA, this Antifa member, a local college professor (left), pummelled seven people with a bike lock. One of his victims (in red shirt) was injured badly and left bleeding profusely. Although he was caught and went to trial, the prosecutor and judge made sure he simply received probation.

If we allow this horrendous act of sheer injustice and political hatred to go unchallenged, we’d all better get ready for more of it.

If Arthur were a Leftist in this situation, we all know what would happen. The ACLU would be on top of this in the most aggressive way possible.

Unfortunately, every pro-family conservative legal group we’ve contacted has declined to help Arthur. They said they are more interested in “religious liberty” cases, which (to be honest) is the popular conservative thing these days, and easier to do.

Arthur has until Nov. 28 to file an appeal. We are working on finding legal counsel. If necessary, Arthur will file the appeal himself.

We believe that in a fair courtroom, Arthur would have been exonerated. We are determined fight this. We’ll keep you informed.