The Brett Kavanaugh circus vs. Elena Kagan’s kid-glove treatment in 2010 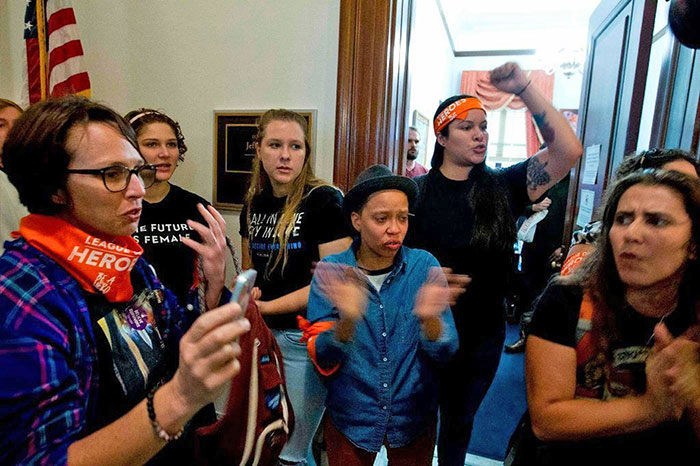 In the Senate proceedings on US Supreme Court nominee Brett Kavanaugh, many Americans watched the most gruesome political circus of their lifetimes. The Democrat Senators were irrational in their vicious attacks on him. The piercing screams and bizarre, hysterical behavior of their radical allies who swarmed the Senate chambers, adjacent areas, and outside Senators’ homes was far beyond even the legendary Bork spectacle. 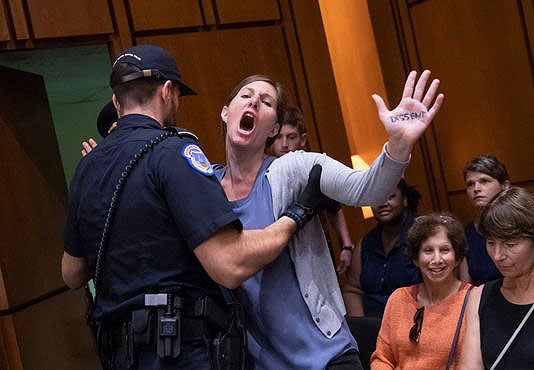 Inside the Senate chambers, hysterical Democrat protesters screamed during the proceedings. 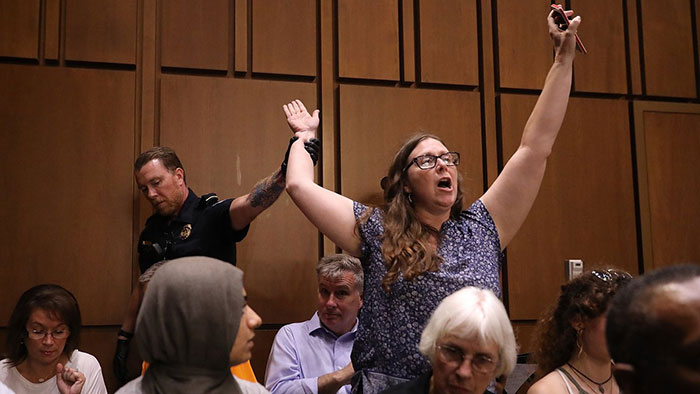 But Kavanaugh’s actual views on issues are middle-of-the-road and even slightly liberal (e.g., that Roe v Wade is “settled law”) [LINK]. There has been concern over his links to the “deep state” and the Vince Foster cover-up during the Clinton years, but for whatever reasons that doesn’t seem to trouble most Republicans.

The GOP pulled up their boots and held off the attacks on Kavanaugh (and the rule of law). While this was courageous and “principled,” we’re not expecting anything stouthearted when the next contest arises.

Compare the Republican stand for Kavanaugh to what happened in 2010. That was the year Barack Obama nominated Elena Kagan, then Solicitor General and formerly Harvard Law School Dean, to the U.S. Supreme Court.

Kagan was a true leftist radical. She had a well-known history of pro-LGBT radicalism while Dean of Harvard Law School. While in the Clinton administration, she encouraged the President to support late-term abortions. She had no experience to recommend her to such a high position in the courts. However, she would be sure to push for “LGBT rights.” But the Republicans put up no discernable fight.

When the time came, the Republicans didn’t have the nerve (or the interest) in seriously rocking the boat, and they barely mentioned any of this.

On May 10, 2010, Obama announced the Kagan nomination to replace retiring Justice John Paul Stevens. On June 28, a team led by MassResistance researcher Amy Contrada published a report documenting Kagan’s extensive LGBT activism, titled: How Elena Kagan helped "queer" Harvard Law School. Will she now help "queer" the US Supreme Court's decisions? The answer, as we’ve seen since, is “yes.” We (and others) sent copies to every Senator, and as many members of their staffs, etc., as we could. People also telephoned to follow up.

Among the facts in the MassResistance report:

This history should have been a big red flag for GOP Senators who cared about how the US Supreme Court would re-define American law and culture. All of it had “activist judge” warnings written all over it.

But besides a few comments here and there, Republicans (and the mainstream pro-family movement in Washington, DC) refused to make an issue over her past activism and clear bias.

The Kagan “vetting” was very peaceful and orderly. Although at that time the filibuster was allowed for Supreme Court nominations, GOP minority whip Jon Kyl said, "The filibuster should be relegated to extreme circumstances, and I don't think Elena Kagan represents that." Yeah, right.

Our warnings have proven correct. Kagan has been an activist, ultra-leftist Supreme Court Justice. In 2013, she joined the leftists on the Court in several pro-“gay marriage” rulings. Then, after personally officiating at a “gay” wedding, she refused to recuse herself from the Obergefell case and joined the chorus to rule that “gay marriage” is enshrined in the US Constitution. 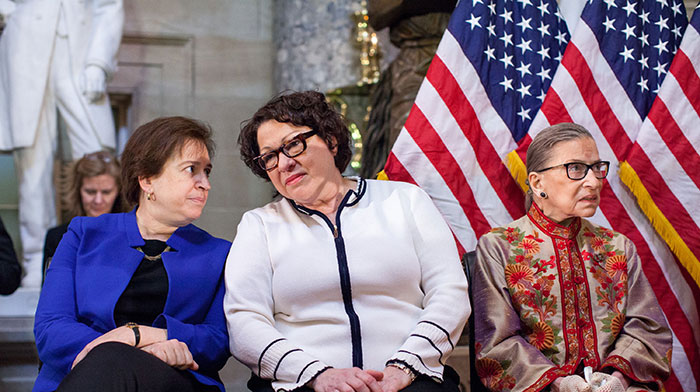 And now, Justice Kagan is pontificating -- that with Kavanaugh joining the Court, the legitimacy of the Supreme Court will be at risk! That horse left the barn a long time ago. 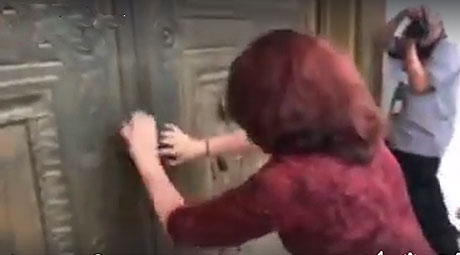 During the Kavanaugh vote this woman became so unhinged that she started clawing at the doors of the chamber to get in.