As vote nears, many people still confused on this issue 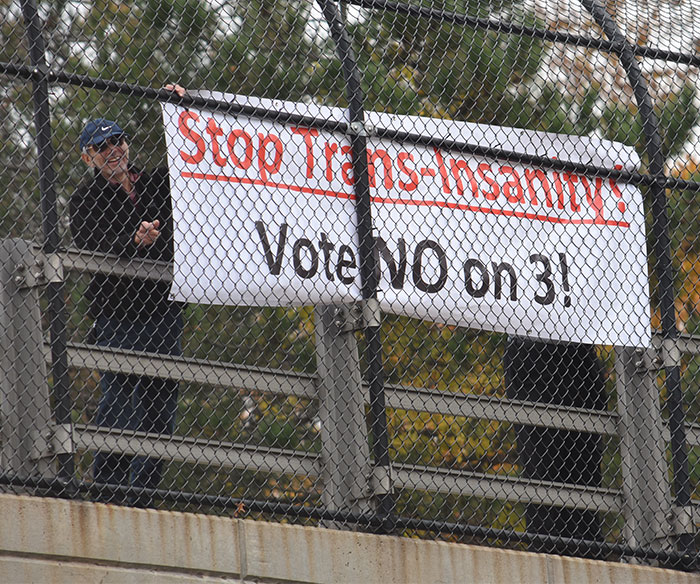 Over the Massachusetts Turnpike leading into Boston.

In the final week before the election, many people in Massachusetts still hadn’t heard much about Question 3, regarding the transgender “bathroom” law, which is up for a statewide vote. Even fewer had a sense of what was at stake -- a lunatic ideology being forced on everyone -- since both the LGBT and the pro-family “establishment” have been avoiding that key issue in their arguments.

What’s a good way to get your message out to thousands of people in a short period of time? Highway standouts would seem obvious, but it’s amazing how few people do that these days. But in Massachusetts, which is full of packed highways, you’ve got a pretty captive audience. And our message is pretty simple. So we said, “Why not?”

The No To 3 Committee had some banners made, and people got to work on highways and Interstate overpasses across the state. And it was a lot of fun! (We got several to send us photos!) 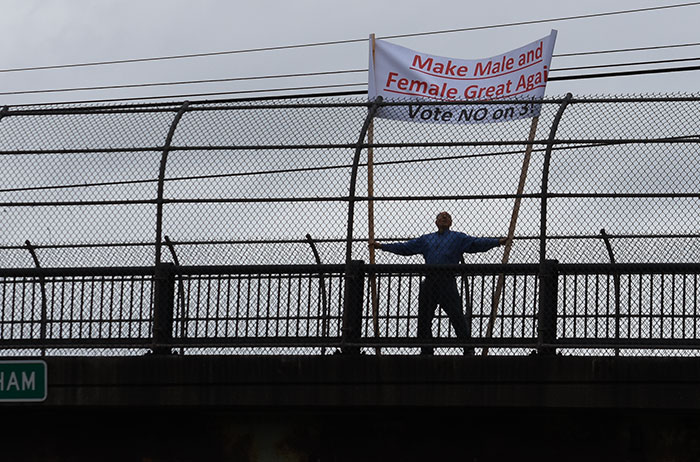 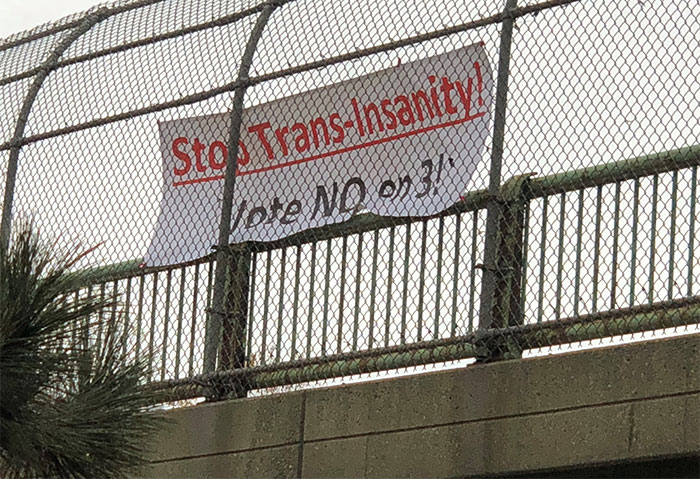 BELOW: Sunday Afternoon on the overpass over Rte 2: 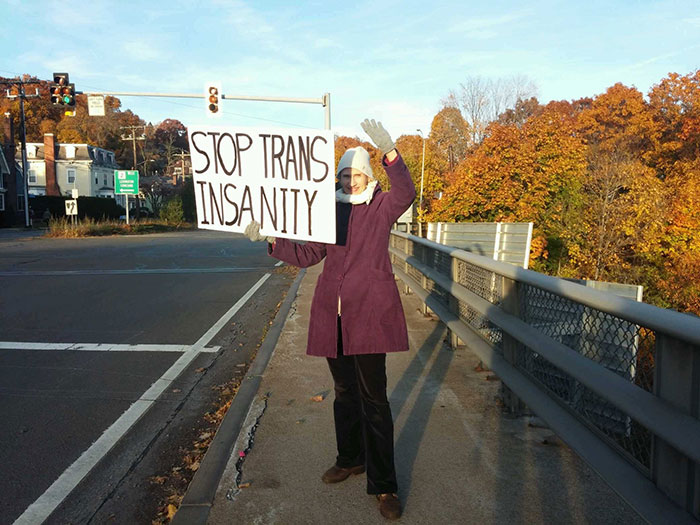 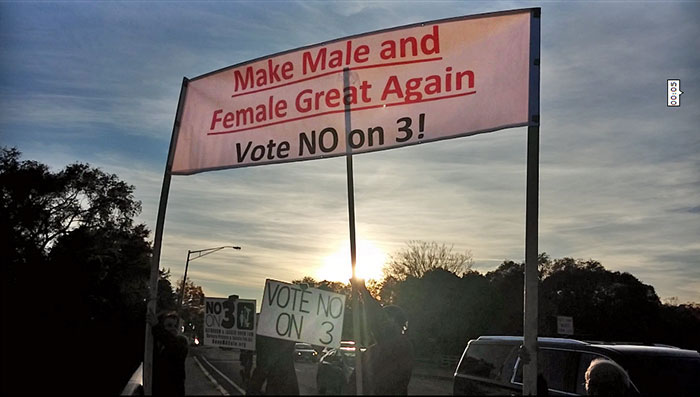 Pretty much everyone reported a lot of positive response from drivers -- despite what the liberal press says. For example, last week one sign-holder who was standing on a Pittsfield street emailed us this quick report:

Most people supported me beeping their horns. All the men who replied to me--supported me. Most women smiled in support. Only one college girl opposed so far. I will continue as long as weather is good.

Everyone's pushing hard -- and hoping for the best!