For passing out flyers in Vancouver (still legal in the US!) 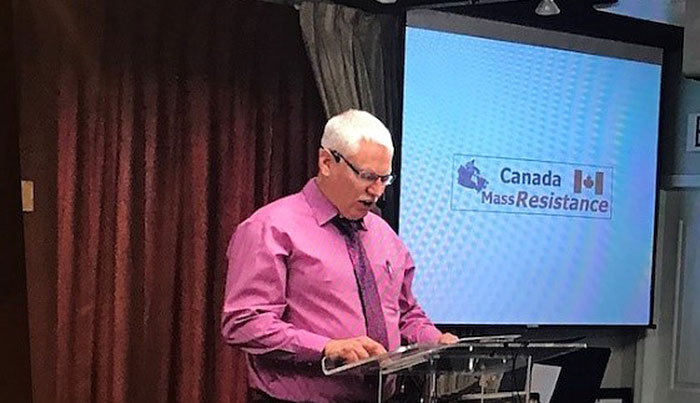 Bill's speech is good to hear if you are wondering where the US might be headed. See the video below.

Our newest MassResistance chapter in Canada will be led by long-time pro-life, pro-family activist Bill Whatcott. Bill is perhaps the most fearless warrior we’ve encountered in the fight against abortion and the radical homosexual agenda.

On December 11, 2018 Bill will be in court again. This time it is a four-day trial before the biased Human Rights Tribunal of British Columbia for “hate speech.” MassResistance will be on the scene for the entire trial and provide exclusive coverage. 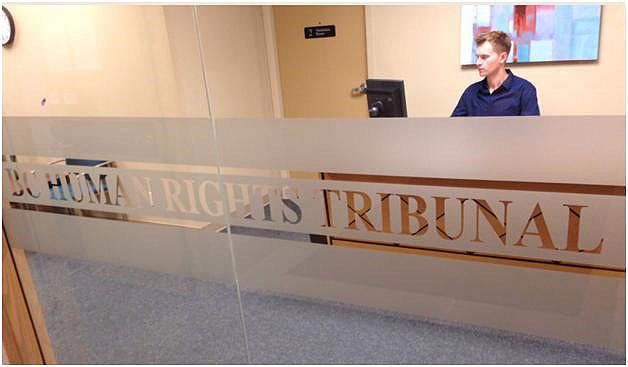 Inside the BC Human Rights Tribunal.

Whatcott’s accuser is a “transgender woman” – i.e., a man – who was a socialist candidate for Parliament in 2017 in Vancouver. What was Bill’s crime? Passing out flyers identifying the candidate by his male name, and reminding voters that God created us male and female – not M, F, or T. The plaintiff is a major activist behind the LGBTQ curriculum in B.C. schools. The “transgender woman,” Mr. Ronan Oger (who uses the name “Morgane Oger”) subsequently lost the election. Oger is demanding that a huge fine be leveled against Bill. 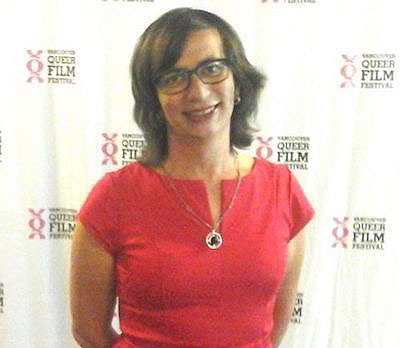 Ronan Oger dressed up as a woman and ran for Parliament, but lost after Bill leafletted the district.

The response to my flyer was visceral, with Ronan running to the police, Elections BC and the BC Human Rights Tribunal in an effort to have me prosecuted for calling him a man. Ronan and his activists held a demonstration that was attended by around 100 people and four left wing churches published an open letter condemning my flyer and affirming their belief that Ronan was a woman and LGBT was celebrated by God.

In the end, Ronan self-destructed his own election campaign by focusing on me and my flyers and lost by 400 votes. BC Human Rights Tribunal elected to prosecute me and as a result I will be travelling to BC to stand trial December 11-14.

Never afraid to speak out

Bill gave an extremely interesting speech on The History of Homosexual Activism in Canada – and my upcoming trial. The video of his speech is below and definitely worth watching – especially if you want to see where the US is likely headed.

VIDEO: Bill Whatcott: The history of homosexual activism in Canada - and my upcoming trial.

As we’ve observed, Canada is arguably several steps ahead of the U.S. in its silencing and persecution of conservatives. So it’s no surprise that Bill is facing his second major criminal charge this year for doing things that would be legal in the US. In June 2018, MassResistance had exclusive coverage of Bill’s arrest and extradition to Toronto to face another “hate crime” charge. His crime there? He dared to inject a Christian message (along with humor) in the 2016 Toronto gay pride parade.

His accusers in Toronto are suing for an absurd $100 million -- from this man who can no longer even secure employment, thanks to his phony “criminal” record!

We continue to be amazed at these Canadian pro-family activists in the face of a totalitarian environment. Our new Canada MassResistance chapter will certainly be exciting to watch! 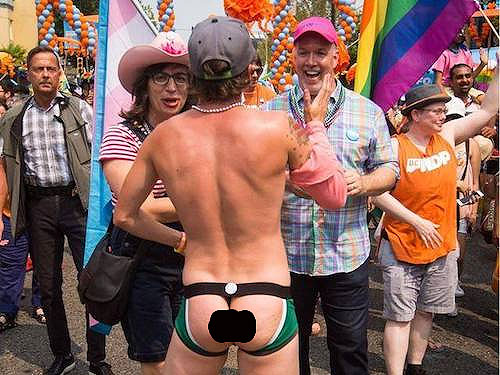 Oger (in pink cowboy hat) at LGBT Pride event. Note: this is a relatively "clean" photo of these things.