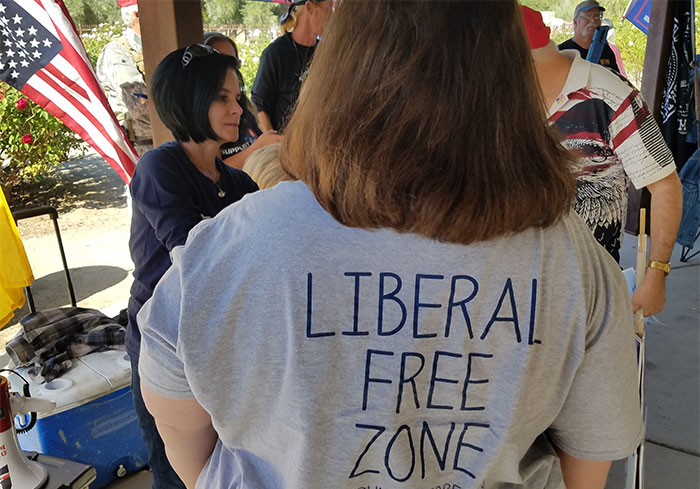 In Arizona they're ready to fight back!

Despite its historic conservatism (including former US Senator Barry Goldwater), progressive activists – and the LGBT movement in particular – have been making inroads into the Grand Canyon state. Migration from more liberal states and the targeted infiltration of left-wing groups have begun to radically change Arizona, greatly upsetting long-time residents who are feeling helpless in the face of this LGBT agenda.

A scary slide to the left

Pro-family Arizona residents have watched things change for the worse around them. A few examples:

A call for help from MassResistance

Over the past five years, MassResistance has connected with a growing contingent of pro-family activists in the state. Our recent victories in stopping the proposed therapy bans in California and Massachusetts – as well as our work helping parents confront the radical programs in schools and “Drag Queen Story Hour” events targeting children – got people’s attention in Arizona. They realized they needed help.

Among those Arizona groups is the Patriot Movement AZ (PMAZ), which is committed to educating and activating voters across Arizona (and in other states). They have confronted left-wing agendas on a number of issues, from Planned Parenthood to illegal immigration. Now, seeing what’s happening, they wanted help dealing with the LGBT “culture war” on their children.

On Nov. 10, Patriot Movement AZ hosted a rally in a park in Tucson. Members from across the state – and even other states – were there. 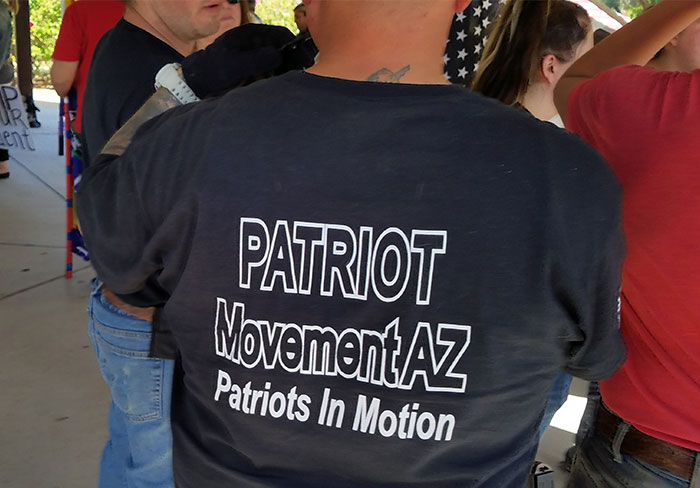 They invited Arthur Schaper, our national organizing director, to come and speak and work with them and his other Arizona contacts. They also invited Genevieve Peters, the outstanding mother who confronted the Drag Queen Story Hour event in Riverside, CA, to talk to them about that threat. 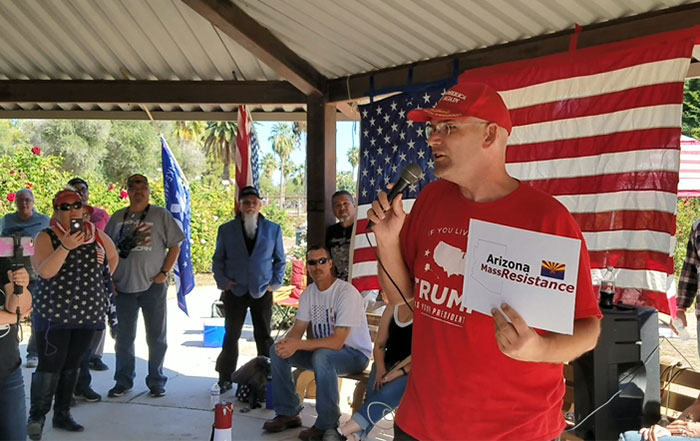 Arthur gave them the rundown on what's really happening and what they need to do to stop it.

It was a very successful event! Arthur and Genevieve really opened their eyes to the various ways the LGBT movement is now targeting even the youngest children, and how it gets into the schools and libraries. But more important, they talked about how to organize and confront it. 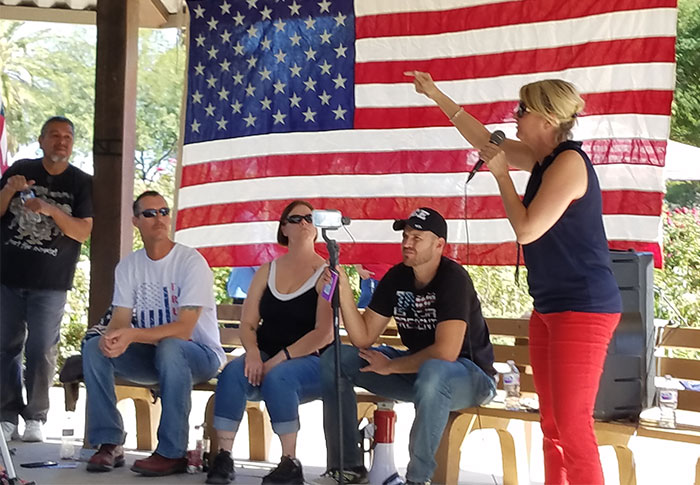 Genevieve opened their eyes on how the LGBT movement is targeting children.

The Patriot Movement people were extremely eager to work with MassResistance. Many of them immediately joined our Arizona MassResistance chapter. 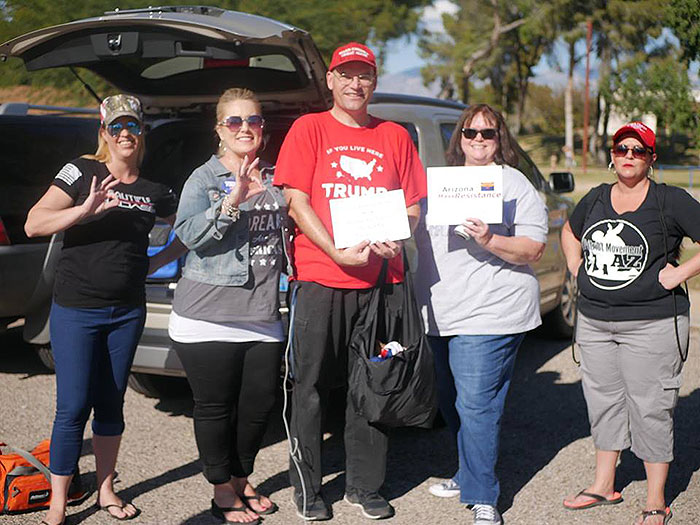 People were eager to get involved with the new Arizona MassResistance chapter!

This was one of the strangest encounters we can remember.

As they increasingly do across America, when Antifa activists heard about the conservative event being held, their people from across the region converged on the park, hoping to shut down the event. Antifa not only disrupts conservative gatherings, they regularly come armed with clubs to beat up people. They want to inflict as much fear and terror as possible.

But with Patriot Movement AZ, there was just one problem. Regarding firearms, Arizona is an open-carry, no-permit-needed state. And the Patriots were, shall we say, pretty well armed. So when the Antifa thugs showed up, the local police kept them outside the park gates for THEIR protection! There wasn’t much they could do from out there but look foolish. 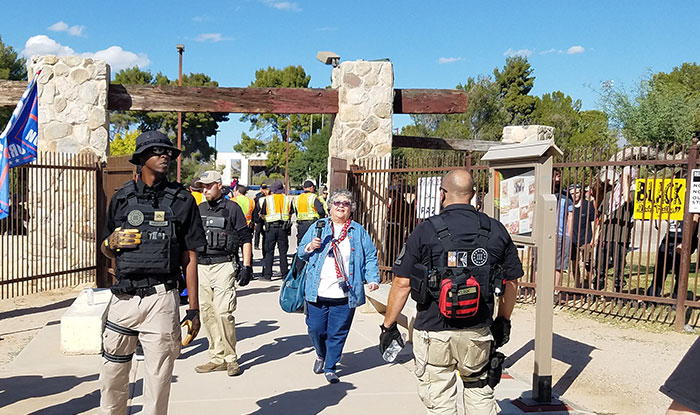 Note the line of police standing at the entrance to the park keeping the Antifa gang outside the gates -- for their own protection!

And what a lunatic bunch they were! Their leader was a purported “transgender Muslim” – a man dressed as a Muslim woman. According to reports, he actually tried to sue a local mosque (initially using CAIR attorneys) to force them to let him worship with the women. 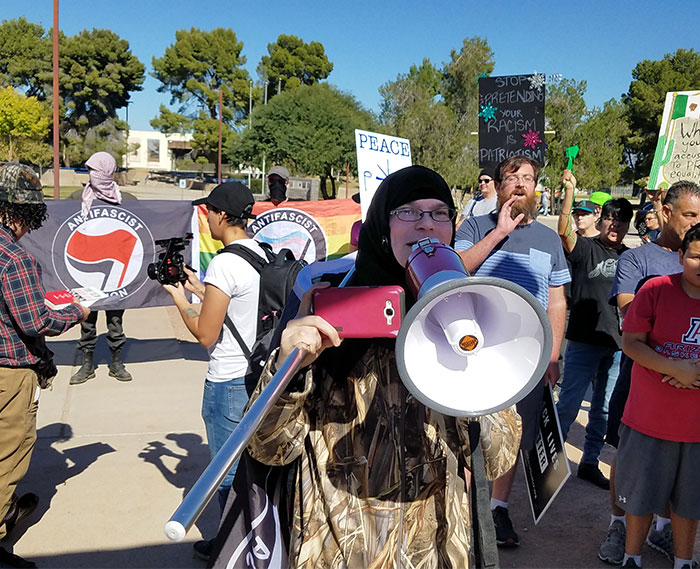 Their leader was a man claiming to be a Muslim woman. They had no sense of how ridiculous it all looked.

At one point, Arthur Shaper went outside the gates to discuss “gender identity” issues with this person. It added to an already interesting afternoon. After a while, the rest of the hapless Antifa bunch basically gave up and left. 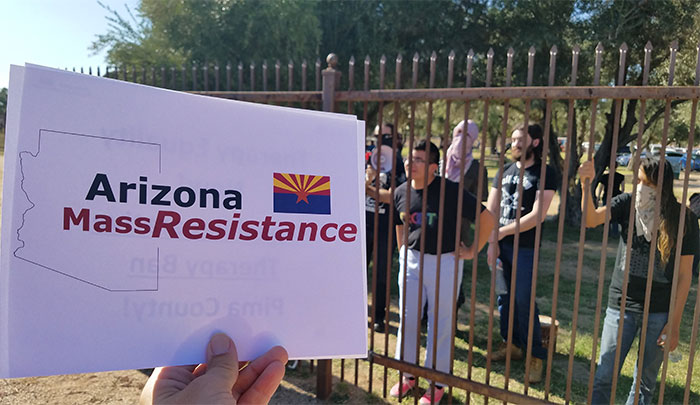 They clearly thought they were going to frighten us with their masks. But we just laughed at them. 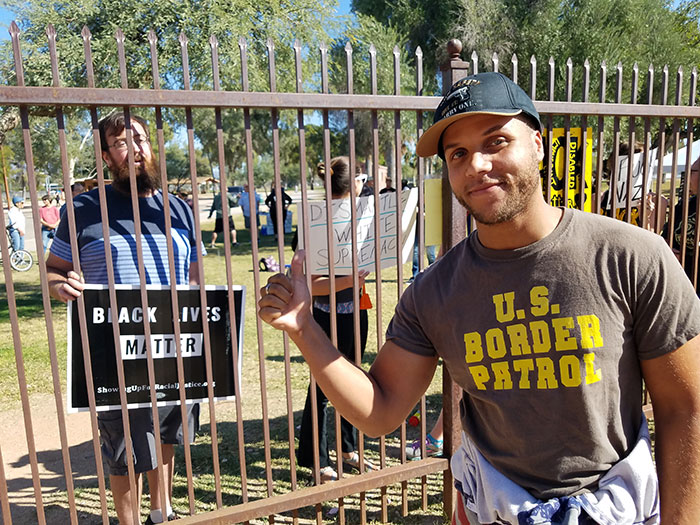 Also that week, Arthur met with a few members of the Phoenix-area Alliance Defending Freedom — the large national pro-bono conservative law firm. The couple told Arthur that there are plenty of opportunities for pro-family victories in Arizona and that they are eager to work with MassResistance. They want to get things done in their home state, they said! 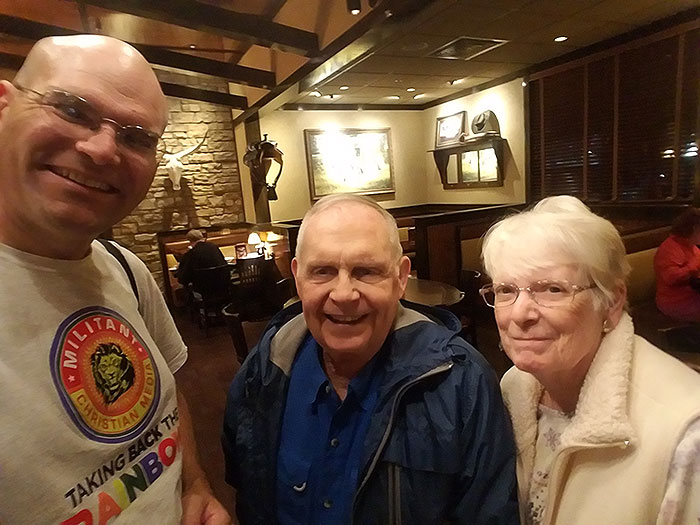 The Alliance Defending Freedom members were very supportive when Arthur (at left) met with them.

Starting up the activism

MassResistance is not just interested in stopping the progress of the left. We want to take back ground!

Therefore, Arthur and the Arizona MassResistance activists are working toward pressuring the Pima County Board of Supervisors to repeal their horrible ban on therapy for children. There are already (at least) two members of that Board who didn’t support it.  The first goal is to get something on their agenda, possibly this month.

As a symbolic kickoff to this effort, Arthur and some other activists took a side trip to the Pima County Civic Center in Tucson, where the Board meets. 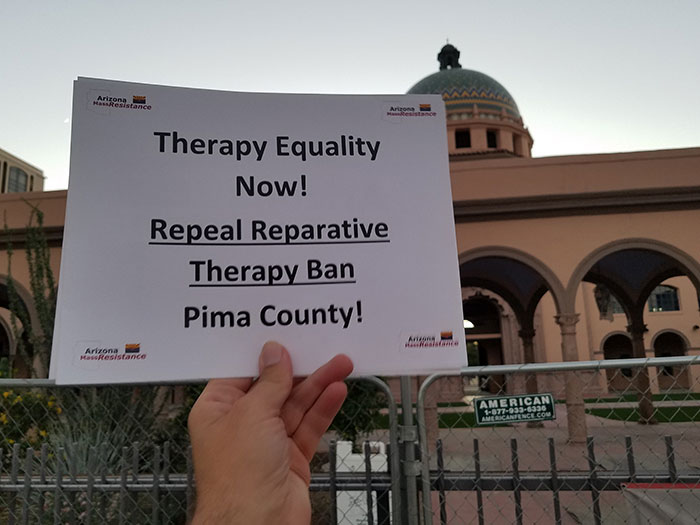 Getting acclimated outside the Pima County Civic Center.

The Arizona Chapter of MassResistance is off and running!