Would re-write nation’s Civil Rights laws to force compliance with radical homosexual and transgender agenda – in all facets of life!

We launched effort to help people take it directly to their Congressmen! 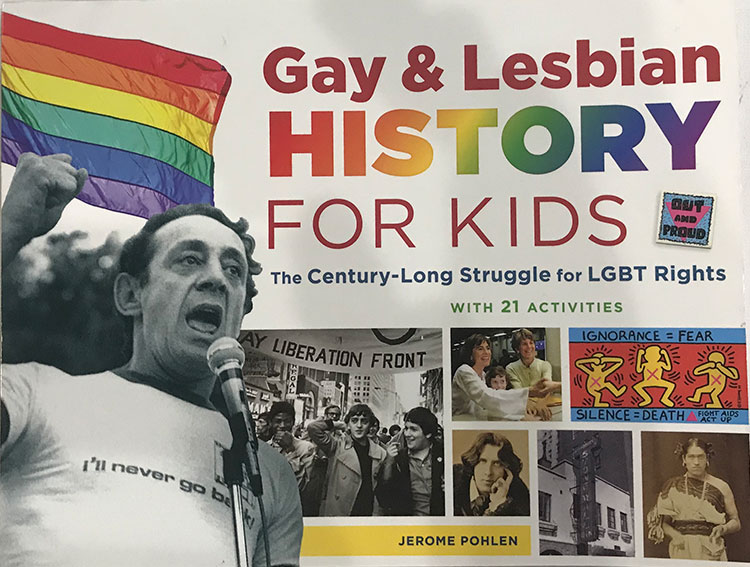 If the "Equality Act" passes, it will be illegal to remove this book from a school library or civics class.

The US House of Representatives is poised to pass the most extreme and tyrannical national LGBT law in history. Bill HR5, deceitfully titled the “Equality Act,” would radically re-write the nation’s Civil Rights laws to force the homosexual and transgender agendas into the lives of every citizen, with oppressive penalties for those who refuse. (See HR5 summary and text.)

For months, MassResistance has been working to derail this – helping citizens target their Congressmen, especially those in key House positions.

We’ve all seen the horrors that have already happened following various state and local pro-LGBT laws, along with similar Obama-era federal directives: Bakers, photographers, and others being sued. Businesses forced to hire “transgenders.” Schools forced to allow boys to play on girls’ sports teams and change in girls’ locker rooms. A teacher fired for refusing to use a “transgender” student’s preferred pronouns. Courts overruling parents’ objections to their minor child’s “transition” treatments. Aggressive LGBT indoctrination required in K-12 schools, hospitals, and businesses with government contracts. A New York City law stipulating heavy fines for “misgendering” someone.

But that’s just the beginning. The national LGBT lobby has crafted an extremely tyrannical bill that includes all the issues above and much more – all woven into the federal Civil Rights laws! Nothing like this has ever been seen anywhere.

Dangers of the “Equality Act”

Powerful forces behind it

The usual crowd of powerful (and fanatical) anti-family and anti-Christian forces is behind this.

House Speaker Nancy Pelosi has made this bill a top priority to pass this year. It has 240 co-sponsors among the US House members, including several Republicans. Over 150 major US corporations, as well as the US Chamber of Commerce, are aggressively supporting it.

Here is our information page on HR5 – the Equality Act, including a collection of excellent articles from various pro-family groups describing it in detail.

MassResistance got in this fight early

Congressional Democrats had introduced a somewhat weaker version HR5 in previous years, but it got no traction under the Republican House majority. This year, with the Democrats in control again, Nancy Pelosi had promised to pass a super-charged version of it.

Bill HR5 was formally introduced on March 13, 2019, but MassResistance got into this battle several weeks before that. Back in January, we began discussing this with a group of prominent pastors and pro-family activists. From that, the ad-hoc group “Gone2Far” came together. It was clear to everyone that the “Equality Act” would be a huge threat to Christians and would criminalize their beliefs on LGBT issues.

The pastors in the group were especially outraged by the repulsive insult to black Americans who remember the true Civil Rights movement. That sexual perversion could piggy-back on their legitimate struggle is beyond belief. But possibly even worse, the Congressional Black Caucus, made up mostly of Democrats, is clearly supporting this hideous bill to please their Party, while completely abandoning their constituents back home.

The Gone2Far group determined that a top priority must be to pressure these despicable Congressional Black Caucus members to OPPOSE this bill!

The battle began in February - A press conference in Washington DC!

On Feb. 5, 2019, the new Gone2Far group held a press conference at the National Press Club in Washington, DC. 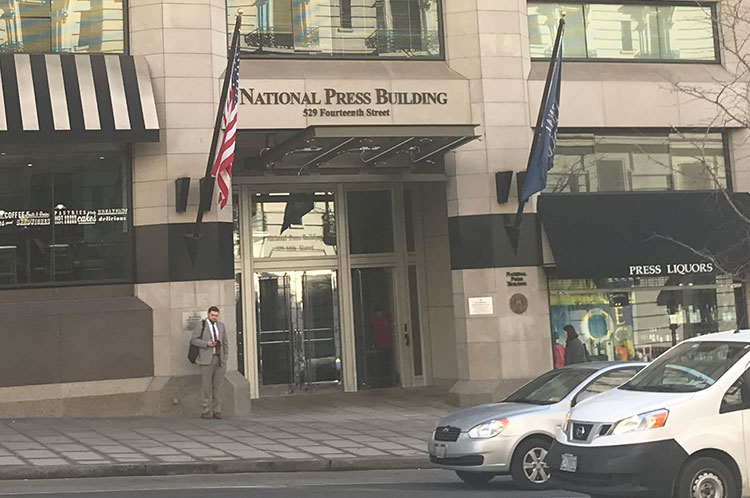 The press conference was a barn-burner! Dr. Short and Pastor Broden gave a shot across the bow to the political establishment of both parties. They said loud and clear that (1) America will not stand for the Civil Rights movement being made part of the destructive homosexual and transgender movement. (2) The Congressional Black Caucus is being held responsible for this, and they had better remember exactly who they represent.

Some of the speakers at the press conference that day included: 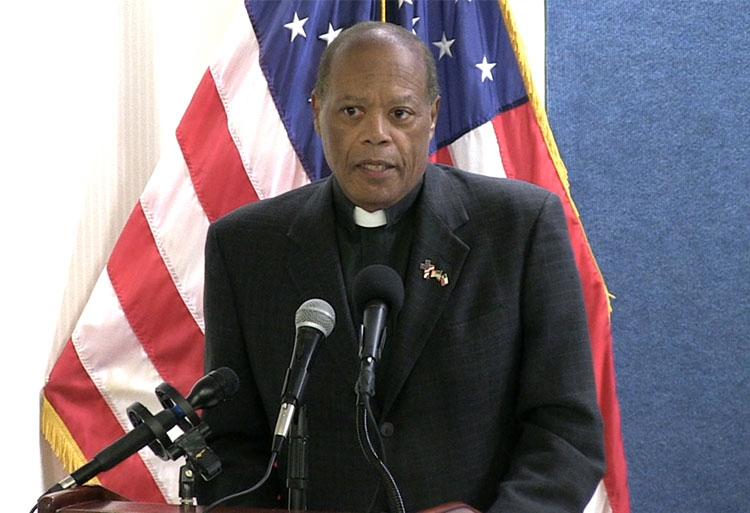 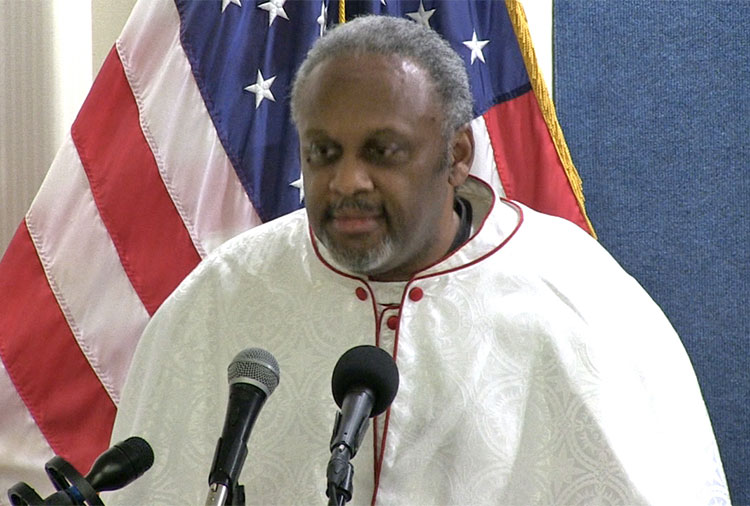 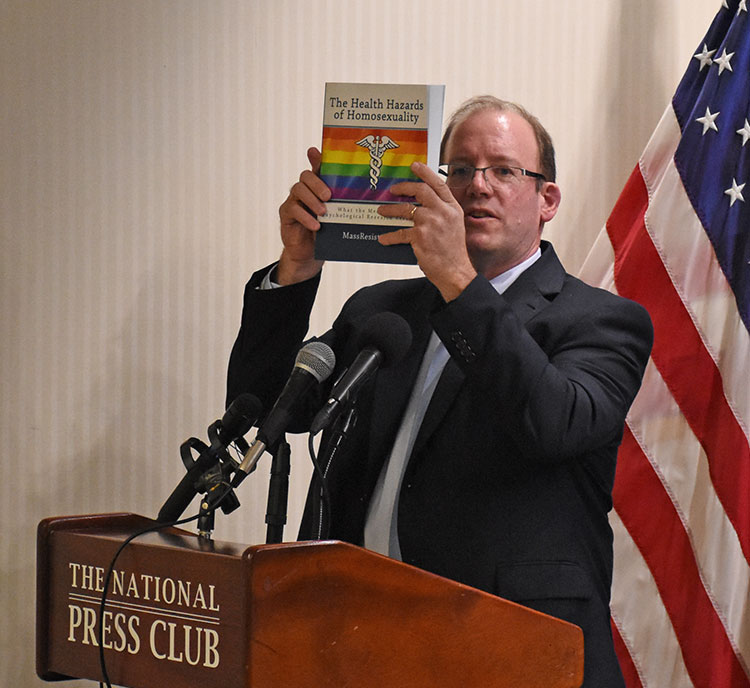 Peter LaBarbera holds up our book, "The Health Hazards of Homosexuality" durng his speech. 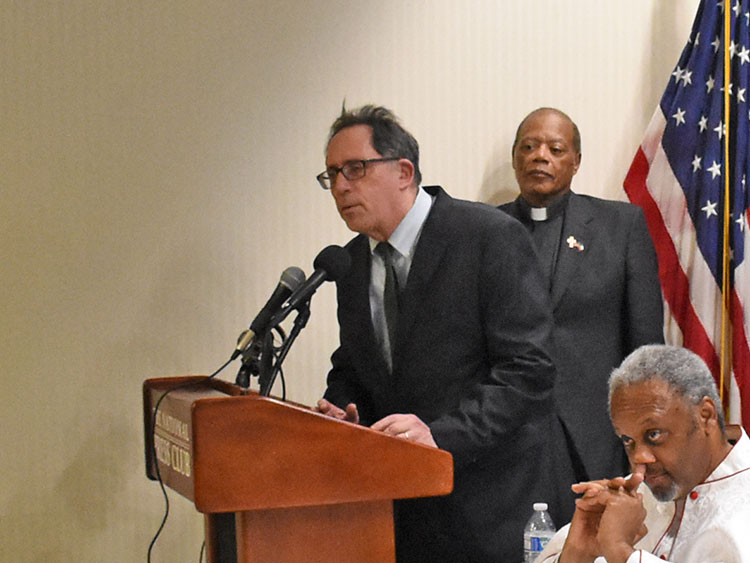 The room was nearly full, but none of the major conservative press outlets that were there (and at least one of them brought a video crew!) subsequently wrote anything about it. The message that day was clearly too hard-hitting and controversial, even for them. But no matter – this will not stay bottled up! 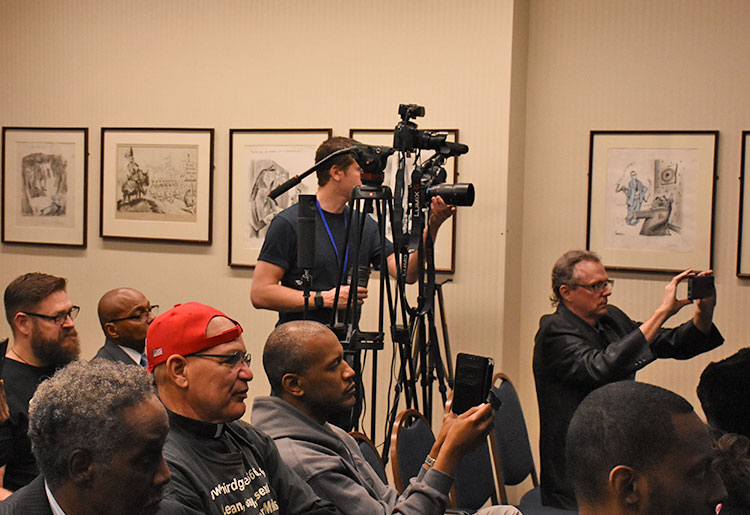 Breitbart even sent a videographer to cover the event -- then punted on actually reporting on it!

After the press conference, the Gone2Far group has continued to spread the message about the upcoming bill around the country. And MassResistance began planning our next steps. 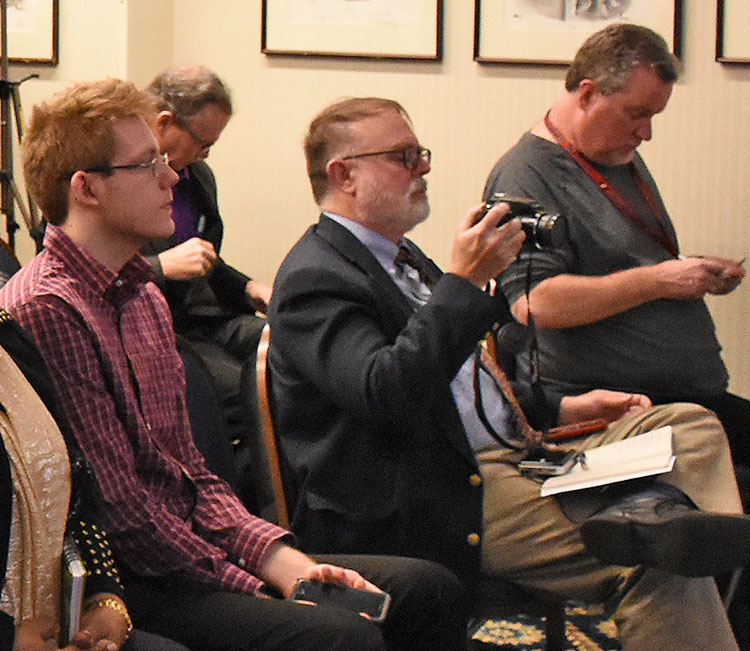 The press conference certainly got the attention of the rabid LGBT movement. This reporter for the infantile "Right Wing Watch" (center, holding camera) sat in the front row. After being in a room with conservatives who aren't afraid to tell the truth he went back and had a meltdown!

The following month, on March 15, the “Equality Act” was introduced and prominent pro-family groups have joined the fight. 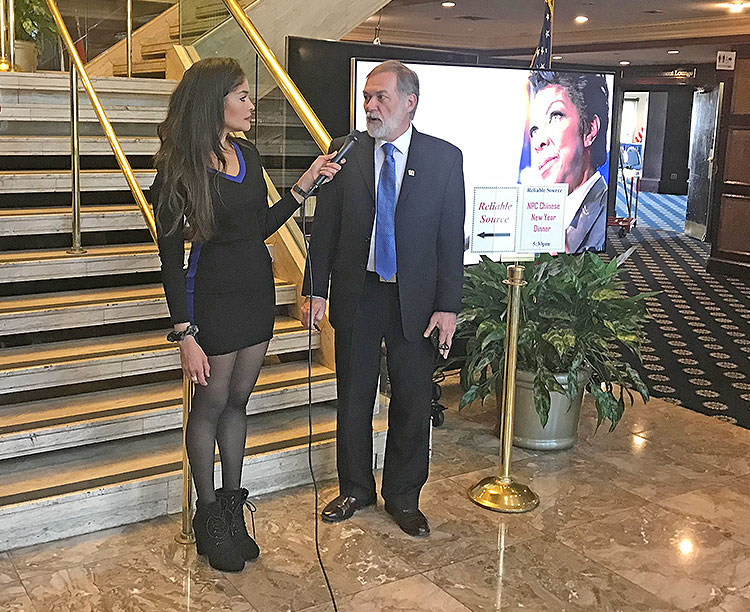 Pastor Scott Lively, also a speaker that day, is interviewed by a local conservative reporter after the press conference.

Taking it directly to members of Congress – in their districts!

This is where MassResistance is different than the other national groups.

Other groups have done an excellent job of informing people and educating them about the dangers of this horrible bill. They have also brought powerful speakers to testify at the Congressional hearings and talk before the national press. And they encourage people to contact their Congressmen, or members of the House committees taking up the bill. That’s all very important.

But MassResistance has been organizing people on the ground. When Democrat members of Congress pushing this bill have been in their districts holding “town hall” events or other activities, we try to be there to confront them on this bill. We make them talk about it. We make them answer the hard questions. We make it very clear that they need to cater to their constituents – not well-heeled special interests who want to subvert America’s laws. This is very important, also!

We started out “at the top” – at the town hall of the chairman of the Congressional Black Caucus, Rep. Karen Bass, whose district is in suburban Los Angeles. It was a bit of a shock for her! From there we’ve been in Maryland, Nevada, Utah, Oklahoma, Texas, and other parts of California. We are organizing people in New York (5 districts!), South Carolina, and Virginia.

In our next post, we will write about our confrontation at Rep. Karen Bass’s town hall. You’ll see for yourself what it looks like!