Has been reading books to young children in library – with no background check. 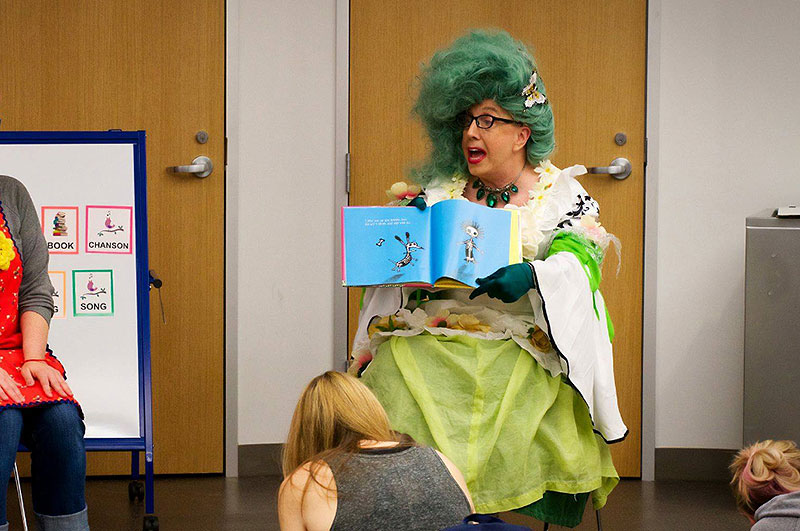 Yet another “Drag Queen” reading to children has been revealed to have been convicted of a disturbing sex-related crime.

Earlier this year, research by our Houston MassResistance leader Tracy Shannon (she’s now our Texas MassResistance leader) revealed that not one, but TWO convicted child molesters were allowed to read to children in the Houston Public Library as part of its Drag Queen Story Hour (DQSH) program. City officials quickly shut it down.

MassResistance has repeatedly demonstrated that Drag Queen Story Hours – heavily promoted by the LGBT movement – bring in the worst possible people to children’s events. The organizers have even stated that their purpose is to give children “unabashedly queer role models.” Drag Queens – homosexual men who dress up as garish impersonations of women – are terribly dysfunctional people on several levels.

We warned the Austin, TX city officials – but were ignored

David Lee Richardson, aka “Miss Kitty Litter,” has been the featured Drag Queen in the Austin, Texas Library System reading books to young children in their DQSH program for the past year. 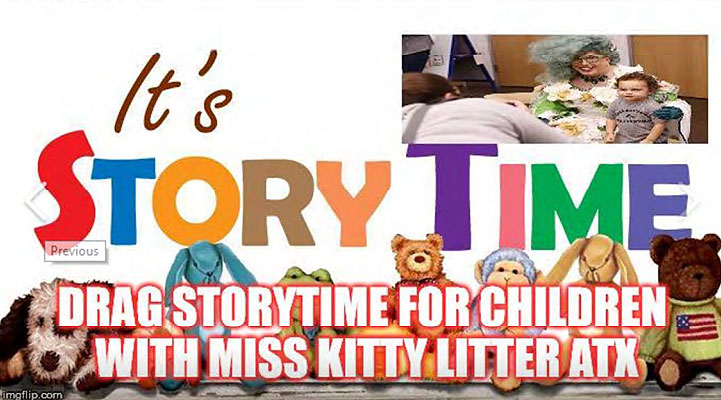 On August 8, after uncovering numerous social media posts by Richardson alluding to homosexual sex, sado-masochism, and other repulsive behaviors (see below), MassResistance’s Austin Chapter testified before the Austin City Council. They described what “Miss Kitty Litter” had posted on social media, and the local citizens demanded that the DQSH event be stopped.

Our Texas chapters are expanding!

They also held a press conference prior to the City Council meeting to describe the perverse lifestyles and “culture” associated with Drag Queens. Tracy Shannon led the press conference along with Kevin Whitt, our Dallas MassResistance chapter chairman and a former Drag Queen/transgender activist himself. Members of Texas MassResistance presented a number of posters showing the most perverse photos from Richardson’s social media profile.

Tracy leads the press conference in Austin as other parents hold up photos from "Miss Kitty Litter's" social media posts.

It was a hostile situation. The LGBT lobby and other left-wing groups showed up to protest us. And the City Council blatantly ignored our warnings. One Council member went off on a rant accusing us of “spreading hate and trying to make pointless political points.”

We will have a complete report of the August 8 events in Austin in an upcoming post.

Research by a member of our Austin MassResistance chapter has now revealed that this drag queen reading to children has a sex crime criminal record, as well. David Lee Richardson, aka “Miss Kitty Litter,” was arrested and convicted of offering sex for money – prostitution – in 1996. 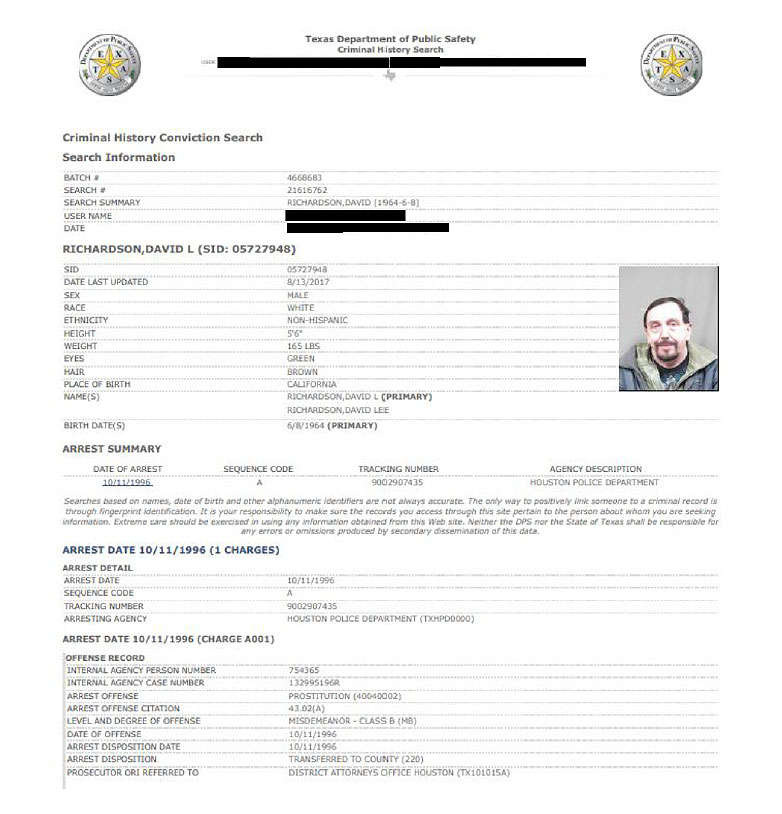 Texas Penal Code 43.02 – Prostitution
(a)        A person commits an offense if the person knowingly offers or agrees to receive a fee from another to engage in sexual conduct

It’s disturbing that this man continues making perverse jokes and aspersions to prostitution on social media, which strongly suggests that he has no qualms about the sex trade. Some posts suggest that he has not left the prostitution/sex trade at all.

Below are some of Richardson’s social media posts that were uncovered by Texas MassResistance. You can read our larger 135-page report HERE.

Keep in mind that we earlier forwarded all of this to the Austin City Council and library officials. None of them gave any indication that they felt it was inappropriate that this person was reading stories to young children in their public library. They apparently didn’t want to offend the LGBT lobby. This reveals a lot about our public officials, unfortunately.

CAUTION: Some of these are obscene and disgusting. But keep in mind that this is a person whom the library staff and city officials agreed is a "role model" for children. And this is the mindset of this "Drag Queen." 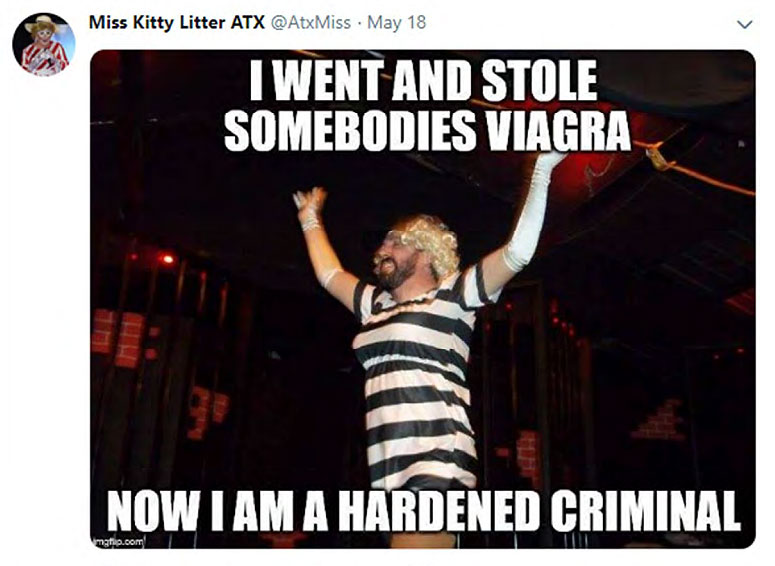 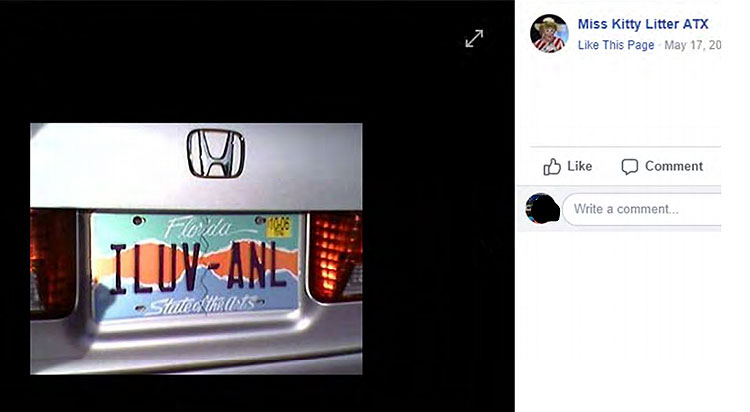 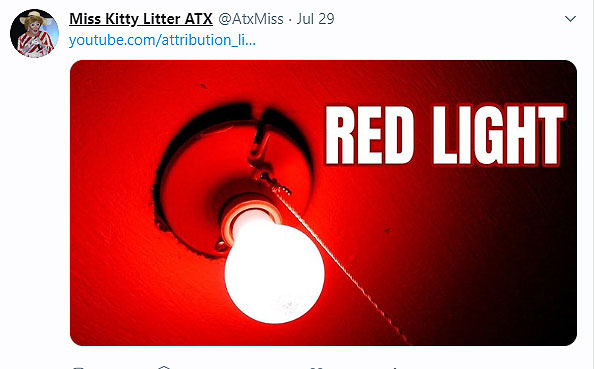 "Red Light" district is a reference to prostitution. 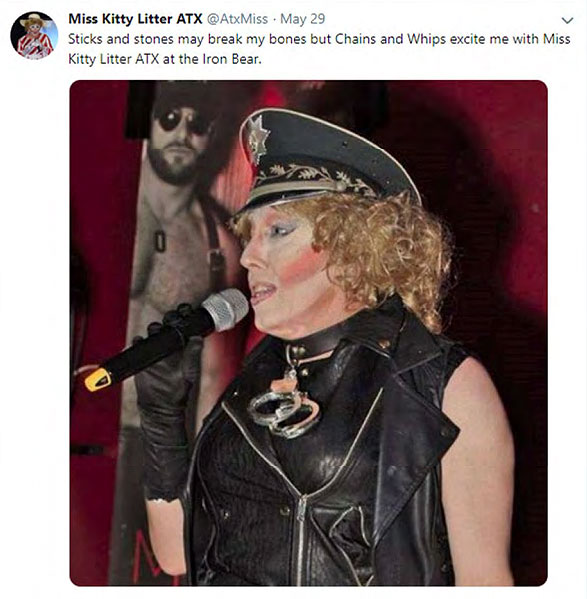 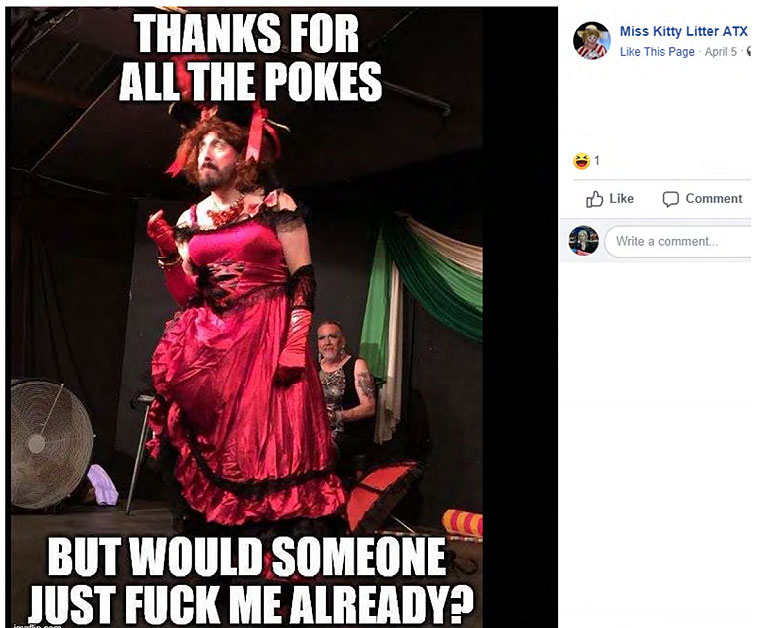 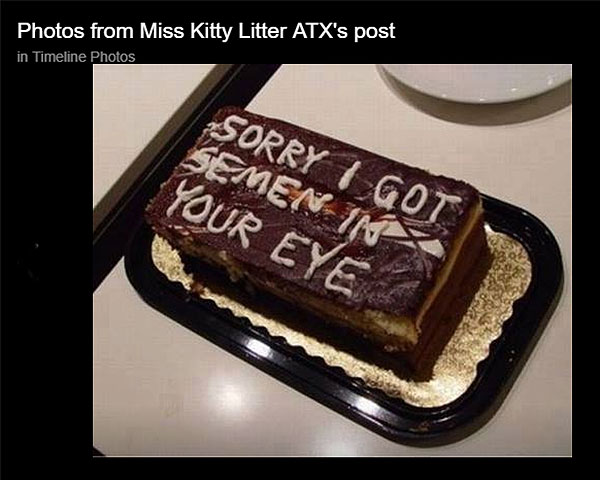 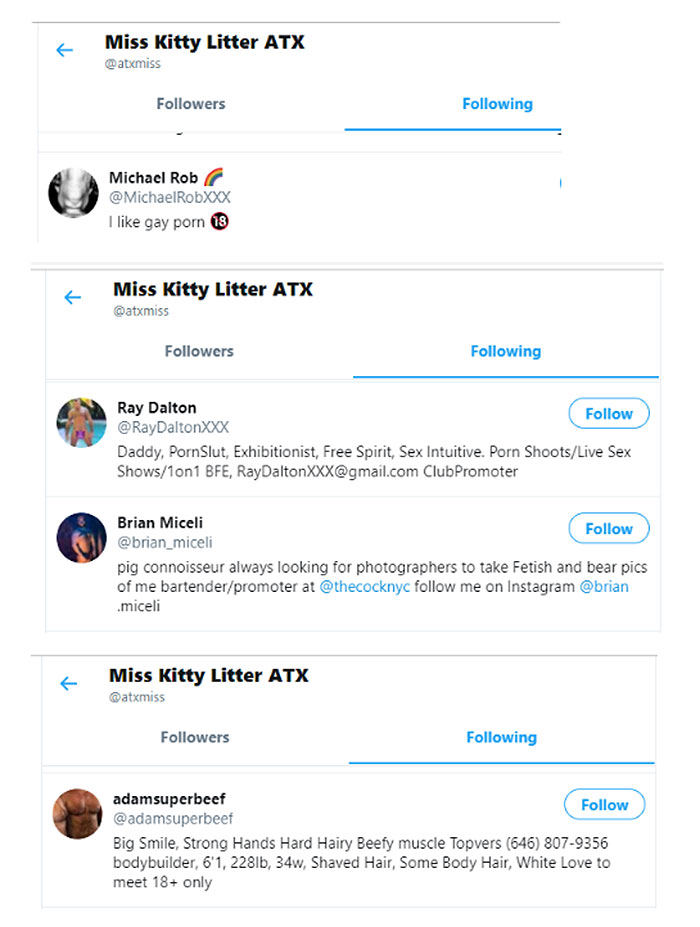 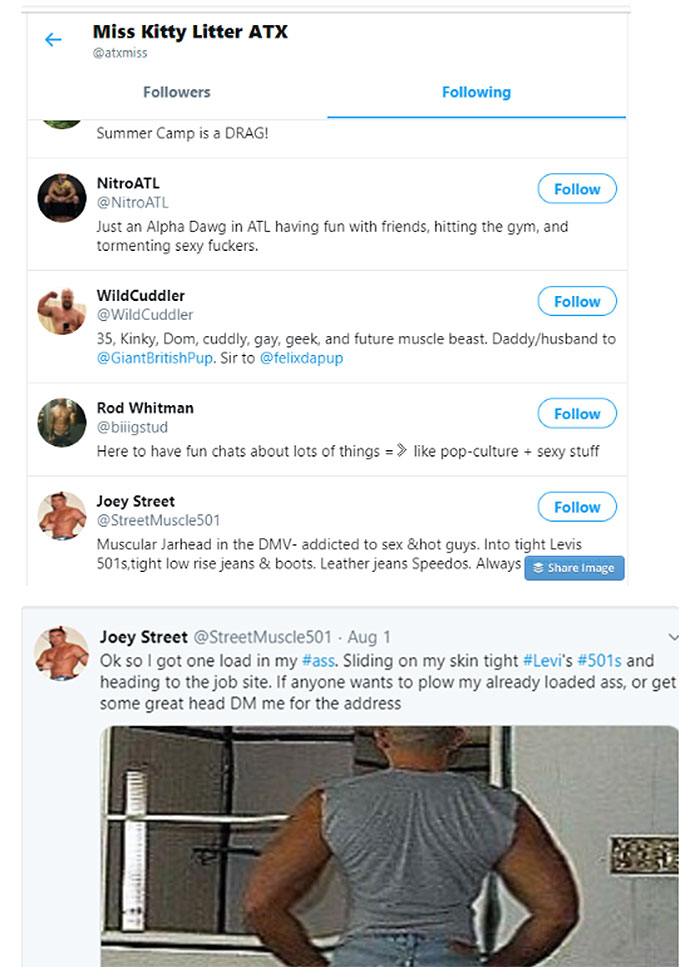 MassResistance goes where no other pro-family group dares to

Besides all this, MassResistance has researched and uncovered horrible information about Drag Queens participating in DQSH events across America. When we confront the politicians, quite often the vicious LGBT groups (including Antifa!) come out to defend DQSH and promote it further.

We’ll be blunt: No other pro-family group dares to do this! As we’ve been saying, at times like this you can’t just be the polite opposition. You must be bold. Be the counter-revolution!