Had been greeting young children as they came to reading event.

Is this what’s going on around the country?

Now, it turns out that a second Houston Public Library Drag Queen was convicted of multiple sexual assaults against young children, according to records uncovered by Houston MassResistance activists. The man has also written a lurid article describing his work as a transgender prostitute. And he was photographed at a Drag Queen Story Hour (DQSH) event carrying a rubber chicken – a symbol used by homosexuals to indicate a sexual preference for young boys.

This man is part of the local Drag Queen group brought in to do the Story Hour” events. We now know that local group is part of a bigoted national anti-Catholic Drag Queen organization.

It’s becoming clear that the outrages we’re exposing are not an anomaly, but more likely the norm – not only in Houston but probably around the country.

The shocking discovery by Houston MassResistance

The Houston man identified by MassResistance activists is William Travis Dees. He is a member of the “Space City Sisters” Drag Queen group. The Houston Public Library thought it appropriate to invite these unbalanced men to lead Drag Queen Story Hour readings to little children.

As part of these DQSH events, Dees has served as a “greeter” for young children as they came into the library, among other roles.

According to criminal records uncovered by Houston MassResistance activists, Dees was convicted in 2004 of sex crimes against four young children (ages 4, 5, 6, and 8), was jailed, and is listed as a “high risk sex offender.” MassResistance activists have also identified numerous aliases which Dees uses for his various characters and personas.

Since Dees was 16 years old at the time of his conviction, his record is “sealed” and not posted on government sites. However, it is available from other sex-offender record sources. 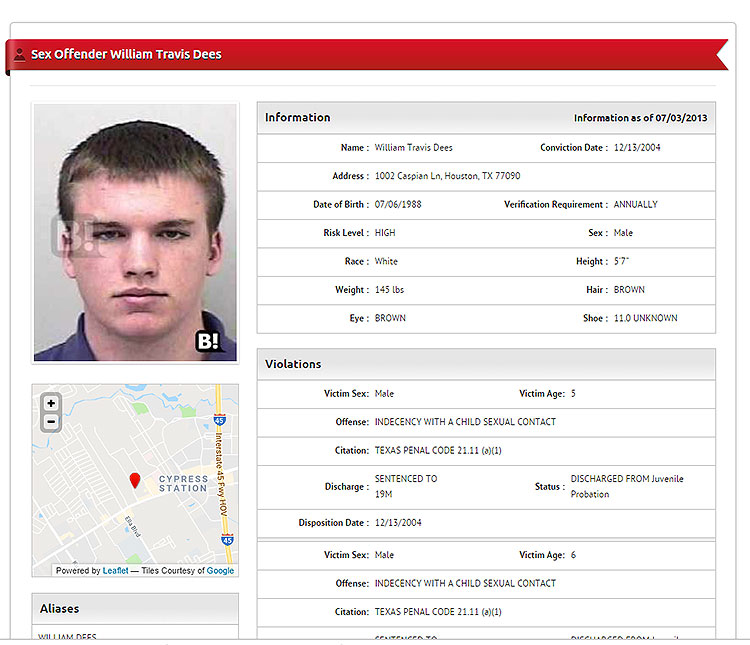 The “Space City Sisters” have yet another odious distinction. Their website and social media reveal that the group is a local chapter of a national organization of cross-dressing homosexual men called the Sisters of Perpetual Indulgence. The men dress as garish and hideous parodies of Catholic nuns and mock Catholicism. They are a popular feature in gay pride parades and other LGBT events across the country. They now also do DQSH readings to small children. 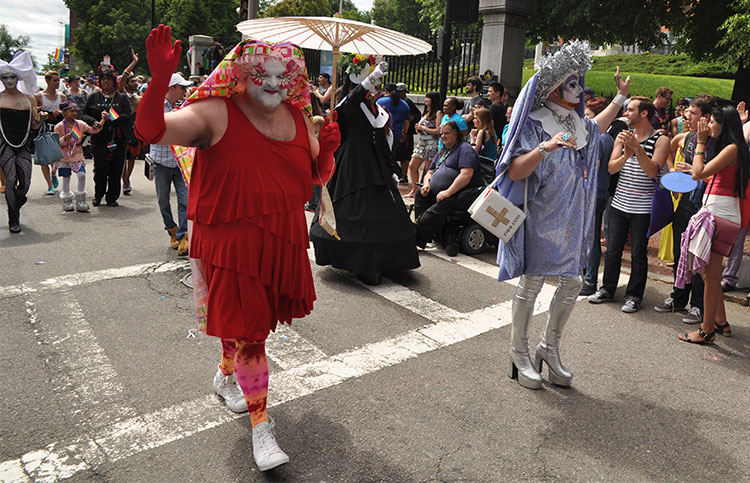 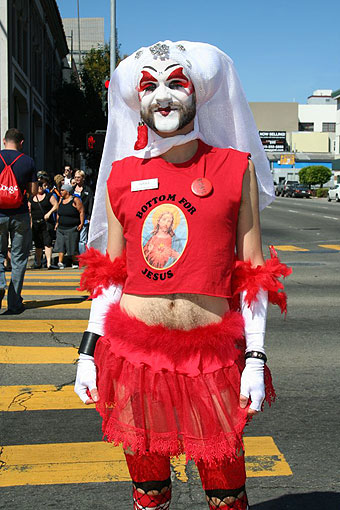 Member of "Sisters of Perpetual Indulgence" poses at California LGBT event. Note he is wearing a "Bottom for Jesus" shirt, referring to a particularly crude homosexual sex act. 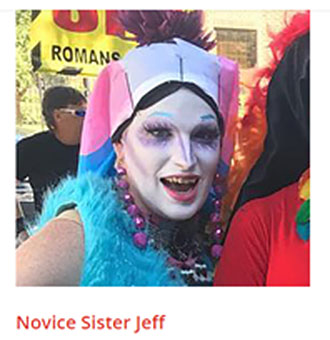 Dees's alias as a Drag Queen "nun" is Novice Sister Jeff. (From a web post.) 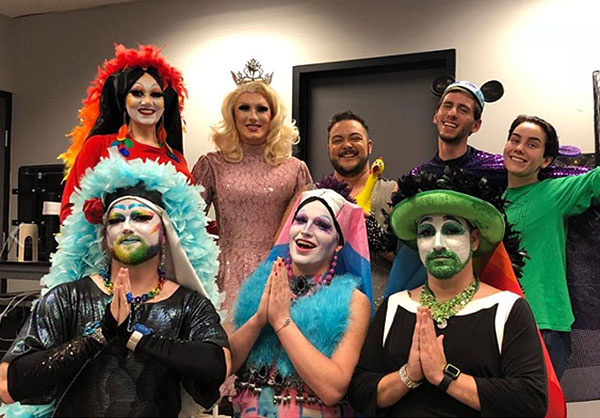 "Space Sisters" pose with the two Houston Public Library DQSH organizers (back row on right). Note the "nuns" in front are mocking Catholicism by pretending to pray. Dees is in the middle of the front row. 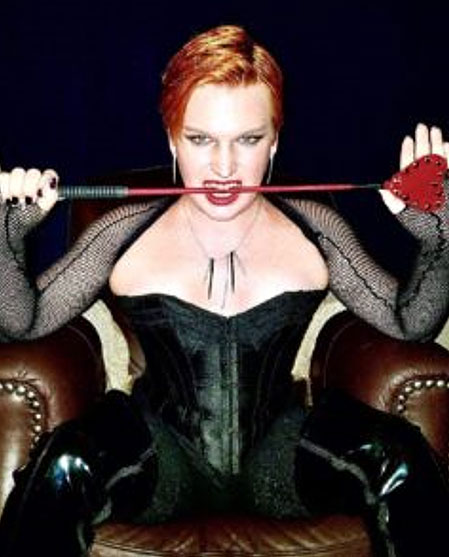 Unfortunately, this sort of behavior and dysfunction is probably far more common among Drag Queens than their allies in libraries and government will ever admit. Yet they have no problem letting them work with young children.

“Chicken” symbolism. What more do we need to know?

As we’ve described in previous posts, the expression “chickens” in “gay” slang refers to under-age boys that older gay men find and seduce. In other words, pederasty. So, when these cross-dressing homosexual men casually wave around a rubber chicken at a children’s event, that seems to be a pretty clear message. Dees, who has been convicted of multiple sex offenses against young children, was photographed at a Drag Queen Story Hour event doing exactly that. 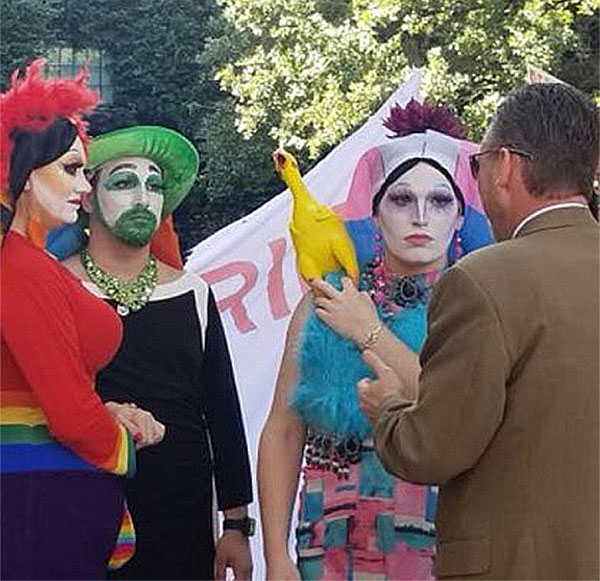 Dees holding a robber chicken on his shoulder while standing outside of the Houston Public Library.

Local media decline to cover story; no reaction from politicians

When Houston MassResistance exposed the first DQSH sex offender on March 18, the story made a big splash in the local press and also in the national conservative press. Local politicians weighed in – or scrambled for cover. The public library officials were forced to issue a public apology, and eventually the entire event was shut down (at least temporarily).

But this time, things turned out differently. On April 3, Houston MassResistance called a press conference outside of the public library, just as they did the last time. Local media showed up, as before. 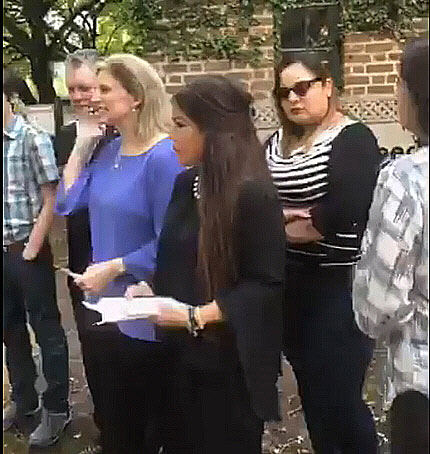 Tracy Shannon (in violet blouse) with other Houston MassResistance activists address the media at the April 3 press conference. 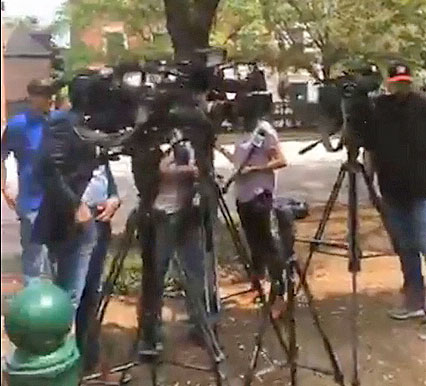 The media definitely showed up that day. 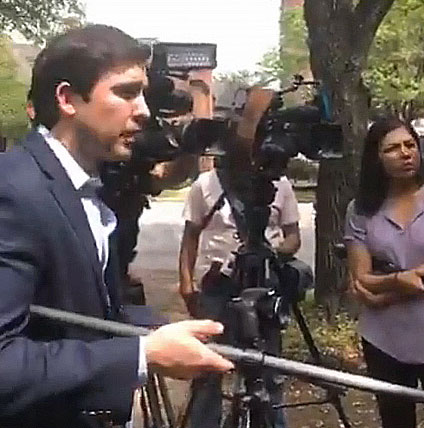 A reporter asks some questions. They certainly seemed interested — but then later nothing got reported!

But afterwards there was virtually no local coverage. And not a peep from any public officials. It was eerie. The following day, MassResistance activists were part of a local Fox 26 TV interview show about the news, but later that show was mysteriously removed from the TV station’s website. 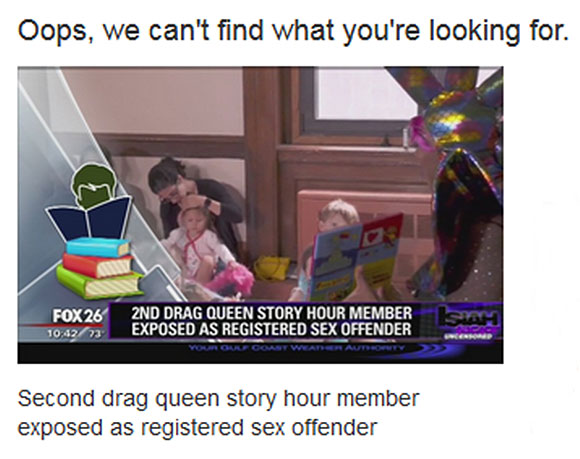 If you go to the Houston Fox 26 TV website and search for the interview they did with Houston Massresistance about the Drag Queen sex offender, this is all you get!

Since the story wasn’t going “viral,” most of the national conservative media weren’t picking it up either. There were two exceptions. PJ Media got the press release and posted an article a few hours before the press conference. The other site was InfoWars.

To their credit, InfoWars really picked up on this. They did a very good article and also interviewed Houston MassResistance leader Tracy Shannon twice, including a personal interview by Alex Jones. See videos here. 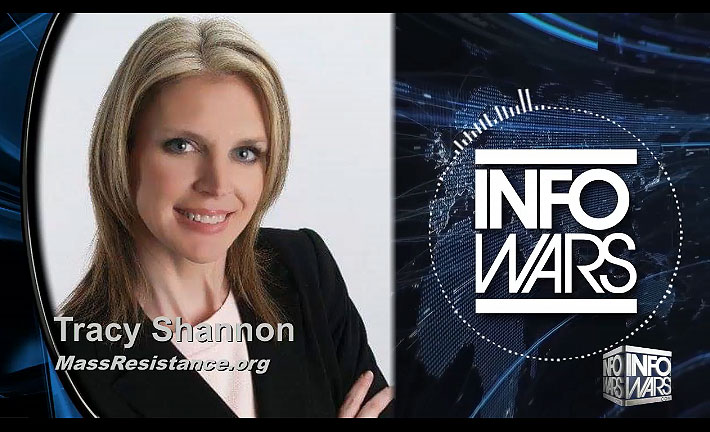 Tracy Shannon was prominently featured on InfoWars, which covered this story better than any other media.

One of the media’s excuses we heard was that they couldn’t verify Dees’s records directly from the state, since the records are “sealed.” But that doesn’t mean they don’t exist, or that it can’t be reported using other reputable sources. InfoWars was able to do that without any problem. To date, no one has disputed the facts that were presented.

And it will get worse. Much more to come on this!

The Houston Public Library is now talking about bringing back the Drag Queen Story Hour event this summer! So Houston MassResistance isn’t slowing down a bit. This is such a depraved situation, so there is surely much more to be exposed. 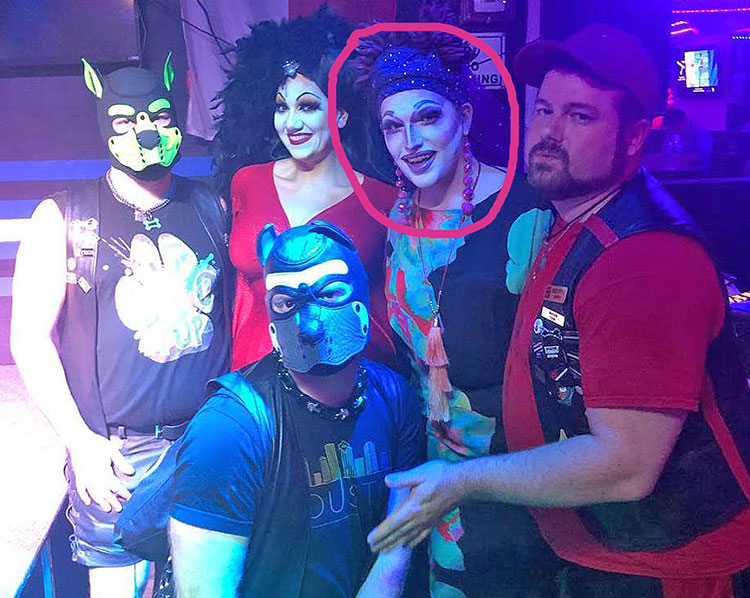 First of all, Tracy Shannon and the others have now amassed over 600 pages of very disturbing material about the DQSH, the officials behind it, laws and rules that were broken, and the lurid background of the Drag Queens themselves. (This is in addition to the 163-page report they presented to the City Council in March.) The new material will be released soon.

Second, Houston public officials have been illegally refusing to release key information about the Drag Queen event. Tracy and the others have been pressing them for months via FOIA (Freedom of Information Act) requests to find out the answers to many questions regarding this event.

Dan Kleinman of SafeLibraries has been especially helpful in assisting MassResistance take this important FOIA dispute directly to the Texas Attorney General. It appears likely that the Texas AG will intervene.

And third, at the April 3 press conference, Tracy laid out some further demands:

MassResistance will demand an audit of the entire HPL [Houston Public Library] background checks vs volunteer applications to see how many have experienced an "oversight" and how many sex offenders have been allowed to participate in children's programming at the libraries in Houston.  We will also be demanding a city ordinance that requires background checks for all city-sanctioned programs for children.

We are clearly winning, but the fight in Houston is far from over. A lot has been accomplished by these outstanding Houston MassResistance activists. None of this would have come to light without their incredible work. What they found should frighten and anger everyone as these ghastly events show up across the country.