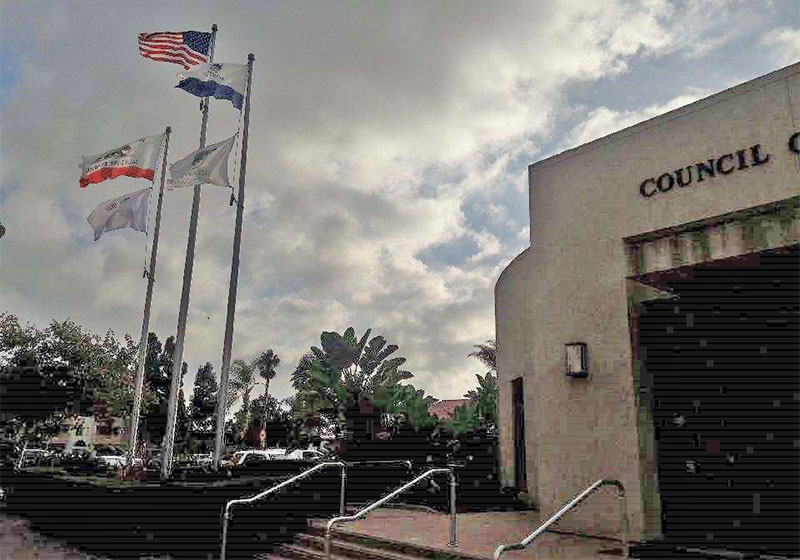 A victory: The entrance to the Chula Vista, CA City Council chambers after the rainbow flag was taken down.

It’s not the biggest victory we’ve ever had. But it has symbolic importance for the larger fight and suggests an effort others may undertake elsewhere.

The City Council in in Chula Vista, CA (a suburb of San Diego), finally took down the LGBT rainbow flag that was flying in front of City Hall after two months of outrage from local MassResistance parents and citizens.

To millions of people, the “rainbow flag” represents a hatred of Christianity, a radical ideology being pushed into schools and businesses, the loss of religious liberty, people being fired from their jobs and losing their businesses, and the forced celebration of sexual perversions.

(Aren't we all sick of seeing this propaganda everywhere? It's like living under the constant gaze of Stalin or Mao - or Big Brother! Time to say, ENOUGH!)

On September 12, the Chula Vista City Council had the rainbow flag raised in front of City Hall in a special "ceremony" to commemorate a local LGBT event. According to news reports, it was to be up until the end of September – approximately two weeks. 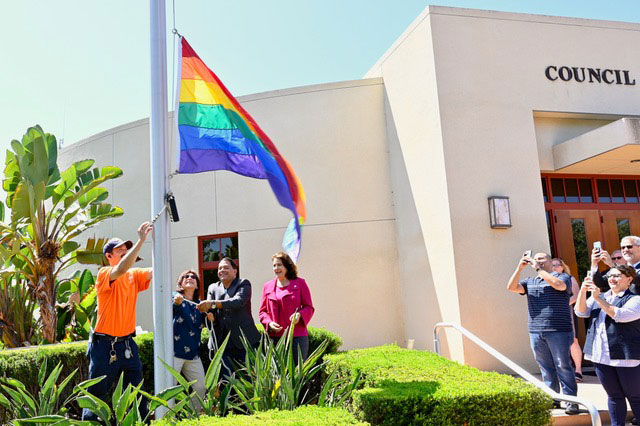 The LGBT rainbow flag was raised over the Chula Vista City Council entrance in a special "ceremony" on Sept. 9. [PHOTO: The StarNews]

As we’ve reported, a large number of local MassResistance parents in Chula Vista have been in a heated battle with the City Council over the “Drag Queen Story Hour” which was held in the library on Sept. 10. Two days after that, the rainbow flag was raised.

But after September ended it continued flying in front of City Hall. The flag seemed to be a purposeful message of harassment to the pro-family parents who continued coming to each City Council meeting to demand a stop to all future Drag Queen events in the library. (A childish tactic, but not surprising.)

The big rainbow flag greeted every parent who entered or left the City Hall. 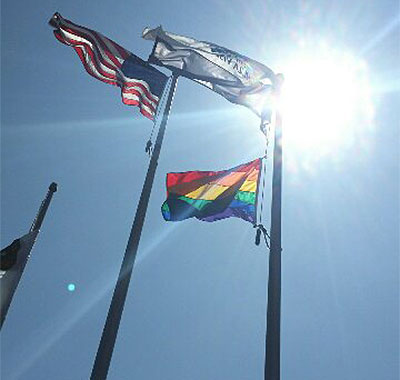 Here's what greeted everyone who entered or left City Hall - until the MassResistance parents took strong action!

But the parents didn’t take it sitting down. At every City Council meeting, people spoke strongly and passionately about how disgusting and outrageous it is that the city refuses to even fly the POW/MIA flag for missing prisoners of war, but flies a flag for sexual perversion. The City Council members heard that message over and over at every meeting. 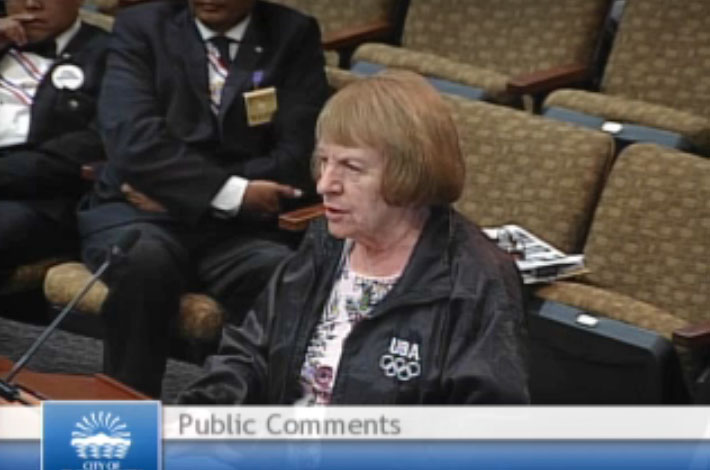 This woman, a retired Chula Vista schoolteacher, was relentless in her expressions of outrage that the city wouldn't fly a POW/MIA flag - but flies a homosexual flag.

Finally, the politicians backed down. At the Nov. 12 City Council meeting, the City Manager publicly announced that the rainbow flag had been taken down and had been replaced by the “City USA” flag that had been flying on that flagpole previously. 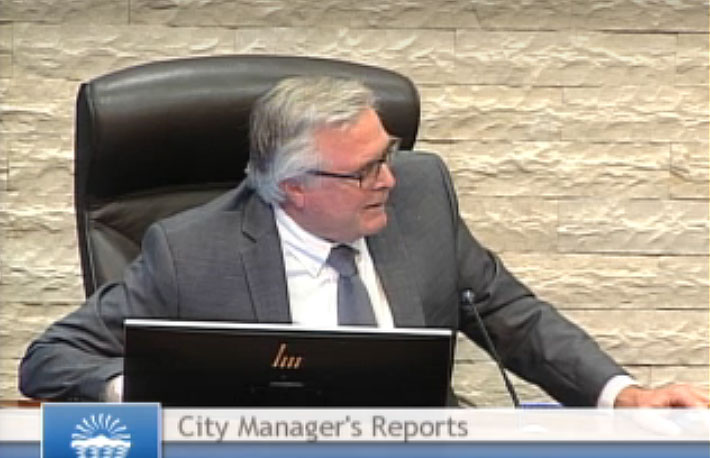 Finally, in November, the City Manager announces that the has been taken down.

This battle needs to be fought at every city hall and schoolhouse across the country where the rainbow flag harasses regular people.

The bigger prize in Chula Vista is a ban on all future “Drag Queen” events in the public library. We are just one vote away – a weak-kneed RINO Republican! – from getting the City Council to do the right thing.

That fight is raging! As we’ve reported, the city had to spend over $42,000 in “security costs” on the day of the Drag Queen Story Hour to protect the peaceful pro-family protesters from the angry, unhinged LGBT activists.

We’ll keep you informed on this. In the meantime, let's get more rainbow flags across the country that your public officials are flying taken down!