Stopped by MassResistance for third year in a row.

Last year, “gay” Assemblyman backed down to pressure and filed a harmless “resolution” instead. 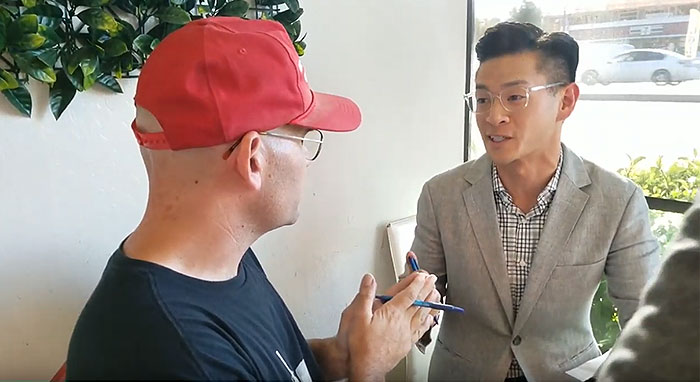 Arthur Schaper of MassResistance (left) discusses the terrible anti-therapy bill with the bill's sponsor, Assemblyman Evan Low, at one of Low's events in his district.

Across the country, horrible anti-therapy laws are being passed that would keep children and others from getting critical help they need for sexual-orientation or gender-identity problems. But not in California, where MassRssistance has drawn a line in the sand!

For the third year in a row, a bill in the California legislature has been stopped by California MassResistance’s aggressive lobbying efforts. If it had passed, it would have been the most oppressive anti-therapy law in America. This is an unprecedented victory because after halting it the first time, we’ve kept it from even being filed again, despite the sponsor’s promises to the LGBT community!

This fight goes back to 2018. Here’s what happened.

Possibly the worst such bill in America

Bill AB 2943 was introduced in the California legislature in 2018 by Evan Low, an openly homosexual Assembly member from the San Francisco area. It would have banned all therapy or counseling for sexual orientation or “gender identity” issues, and even the promotion or descriptions of such guidance (including statements, teachings, and recordings). Legal groups said the wording would include Bible verses.

It was the crown jewel of the powerful LGBT lobby. Democrats supported it and Republicans were afraid to touch it.

Sadly, at that point of the California pro-family movement basically gave up fighting it in the Assembly, and admitted it was sure to pass the second vote. Instead, they focused on lobbying the Governor not to sign it when it got to him (a hopeless strategy).

That’s when MassResistance ramped up our efforts in a huge way. Earlier, California MassResistance had been confronting State legislators in the greater LA area.  But now, we quickly organized people across the state and worked with even greater intensity. We targeted legislators in swing districts or who were running for higher office. We visited their offices or held conference calls with them. And the outrage continued to focus on Evan Low’s office. 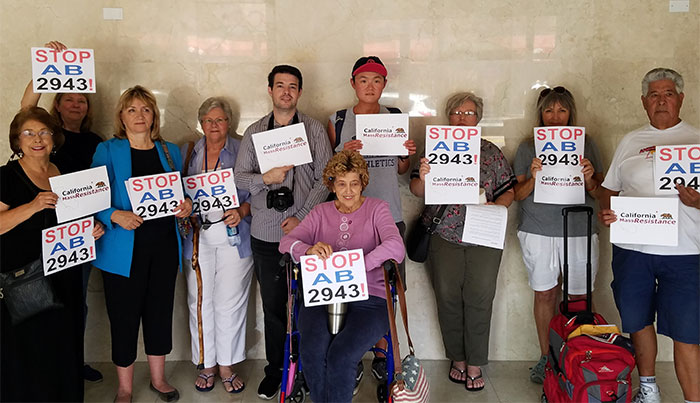 Outside a legislator's local office in Glendale, CA, just before going in and meeting with the staff. Their message was very straightforward!

The pressure worked. Enough legislators withdrew their support that on the last day of the legislative session, Low announced he was withdrawing the bill.

But he promised the LGBT lobby he would file it again in the next session, in 2019.

Second: We stopped it from being re-introduced in 2019

Throughout the rest of 2018, our local activists continued to confront Evan Low at numerous public events in his district, regarding his promise to re-file this horrible bill. And our people across the state continued to contact his office. It seemed he could hardly go anywhere without having to answer to a constituent about this bill.

Keeping up the pressure: MassResistance activists - and constituents - outside an Evan Low townhall meeting.

On February 22, 2019, the final day for filing bills for the next session, Low’s office announced that they were not going to re-file the legislation that year. Another victory!

Not surprisingly, the LGBT lobby was livid! So on March 15, 2019, Low spoke before a meeting of LGBT activists. He told them that he instead planned to file a “non-binding resolution” in the legislature this year condemning reparative therapy. He said he hoped that the resolution would create enough momentum to make it possible to file the bill in the next session and get it passed. (He filed ACR 99, which basically blamed churches and Christian conservatives for the pain and suffering which LGBT people have endured, etc.) 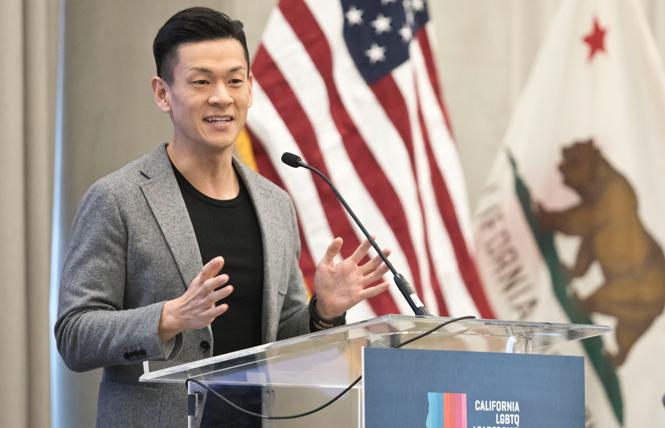 Third: We stopped it from being re-introduced in 2020

In the months preceding the February 21, 2020 deadline for submitting new legislation, California MassResistance again ramped up their fight, but this time took a slightly different approach.

We confronted Low’s office and also the California Assembly leadership with recent legal developments that clearly signal that reparative therapy bans will not likely survive court challenges – even in California – and will likely ultimately be struck down by the U.S. Supreme Court.

There are four recent rulings in particular:

Using these legal precedents, our MassResistance activists across the state continued contacting Assemblyman Evan Low’s office, as well as the Assembly leadership, strongly urging them to abandon any plans to introduce a ban on reparative therapy for adults. 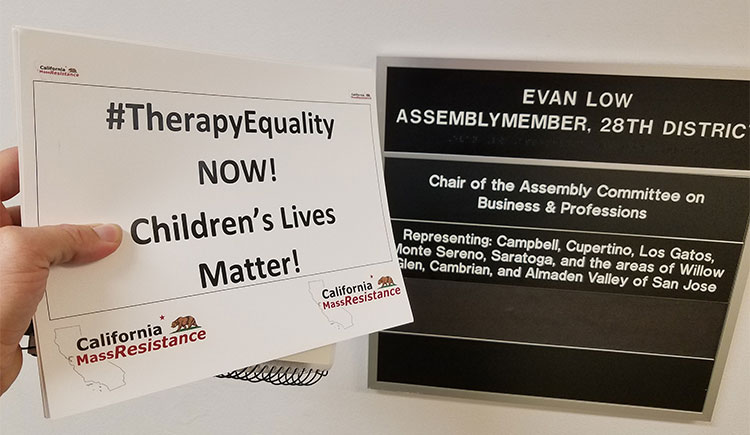 Not mincing words: This was the message given to Low and his staff. We made it clear that he would lose in court if he tried to push this legislation.

The Feb. 21, 2020 deadline for filing the bill came and went. Despite Low’s promises to the LGBT lobby, California MassResistance prevailed – and no bill was filed!

It was a great victory for all the people of California! And it should help get the message out to other states and locales.

But make no mistake. If MassResistance hadn't gotten involved, this would surely be the law now in California, and likely spreading to other states. 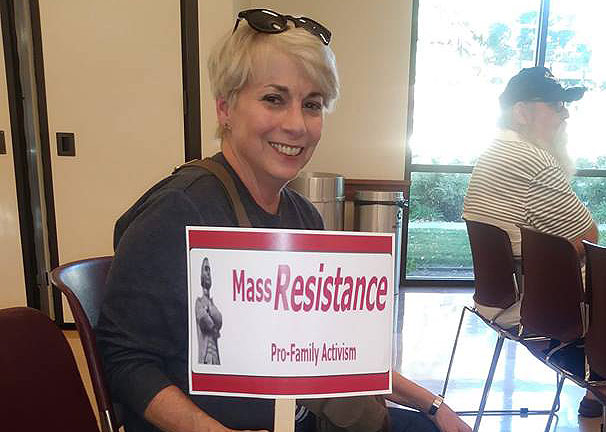 At an Evan Low local event: MassResistance activists believe in keeping up the pressure!