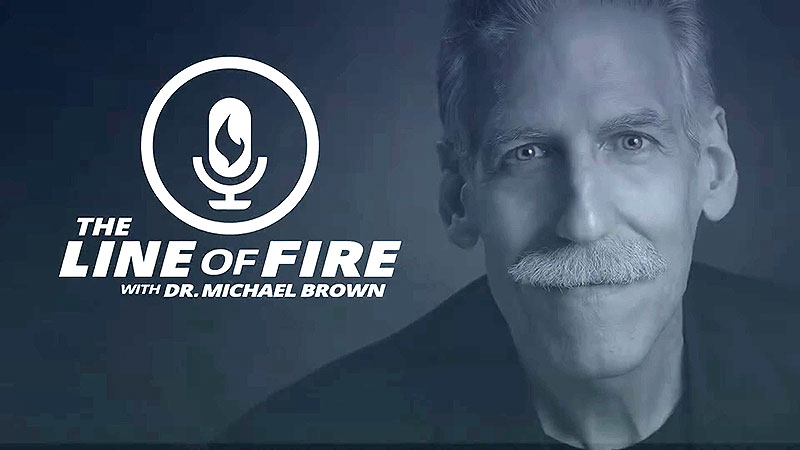 Dr. Brown's show has been a prominent voice in the Evangelical Christian movement for many years.

For years, Dr. Michael Brown has been sharing the Gospel and speaking out against the abysmal culture malaise that has overrun the United States. He is an internationally recognized author and speaker, and has long hosted a popular daily radio show “Line of Fire,” heard on over 40 stations across the US and online.

Most important, unlike many conservative radio and talk show hosts, Dr. Brown has not been afraid to forthrightly discuss the LGBT agenda. His 2011 book, A Queer Thing Happened to America; and What a Long, Strange Trip It’s Been, documented the extraordinary impact that LGBT activism has had on American society.

But how can we effectively stop it? Finding common ground with an agenda that is completely based on lies can never succeed, he realized. The pro-family movement has tried that approach for 30 years, and it has failed.

In his latest book, Jezebel’s War with America, Brown not only confronts the militancy of the LGBT agenda – along with the other cultural horrors overrunning the country –he also gives special praise to MassResistance – that MassResistance’s hard-nosed, confrontational approach is what works. 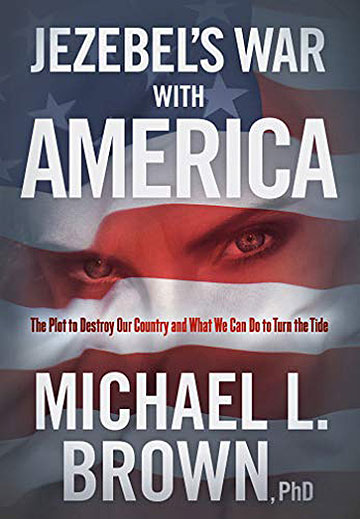 Jezebel was the most wicked woman in the Bible. She was married to Israel’s wicked King Ahab. But her evil was far greater. She was determined to overwhelm the nation with idolatry, licentiousness, and utter moral destruction. She had the prophets killed, led Israel into paganism, and emasculated men.

In 21st-century America, Jezebel is not a person. But the spirit of Jezebel is alive again. The same demonic influences are felt in the massive increase of pornography, sexual immorality, abortion, radical feminism, and in the militant efforts to silence opposing voices. It plagues citizens, families, the churches, and society as a whole.

Is there any hope for stopping this?

In the final chapter of his new book, titled “How to Defeat Jezebel on a National Level,” Dr. Brown praises MassResistance for our growing victories around the world to stop the LGBT agenda:

There’s an organization that started in Massachusetts that is now going nationwide and worldwide. It’s called MassResistance, and it has been pushing back against radical activism since 1995 (and paying quite a price along the way). Not all of its members or leaders are Christians [some are Jewish], and not all Christians would be comfortable with everything they do. I don’t mean they are violent. Never! I mean they don’t mind shouting loudly if that’s the only way to be heard. But this much is clear: They’re getting results because they’re making an effort. They’re getting the truth out to local school communities. They’re exposing the darkness. And they’re winning hearts and minds.

In subsequent paragraphs, Brown lists several MassResistance articles and talks about how we stopped depraved “Drag Queen Story Hour” events across the country.

This past week Dr. Brown asked Arthur Schaper, MassResistance’s national director, to come on the show and talk more about what we do and how we differ from the mainstream pro-family movement.

Arthur described the successes MassResistance has been having over the last two years. Drag Queen Story Hour programs are getting shut down; reparative therapy bans have been stopped in key states; and MassResistance recently forced a school district to get rid of a graphic LGBT-based sex-ed curriculum—in the state of California, of all places!

Dr. Brown has been a vocal supporter of MassResistance, and a good friend of our executive director Brian Camenker for many years. His strong endorsement of our activism in his latest book is a great testament to the impact that our pro-family activism is having around the world! 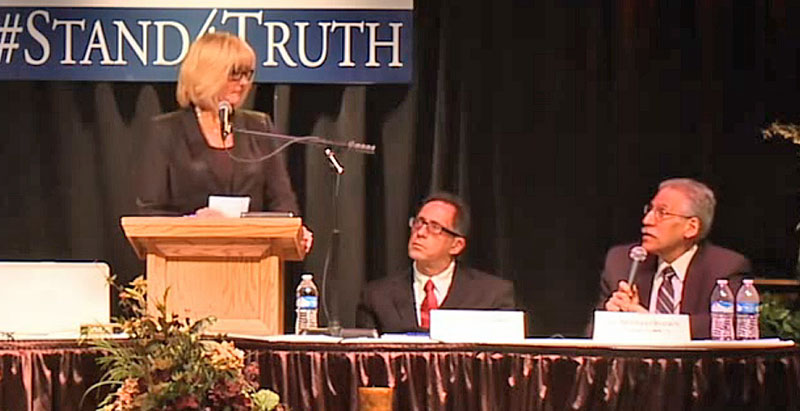 In 2015 Michael Brown (right) and Brian Camenker of MassResistance (center) were both featured speakers at the "Stand4Truth" Conference in Salt Lake City. At left is Sandy Rios, the moderator of the event.