MassResistance activist going to Congress – about to easily win Congressional election in Georgia!

But she stood tall and charging forward!

NOTE: On Nov. 3 Marjorie Taylor Green won the election with 75% of the vote! 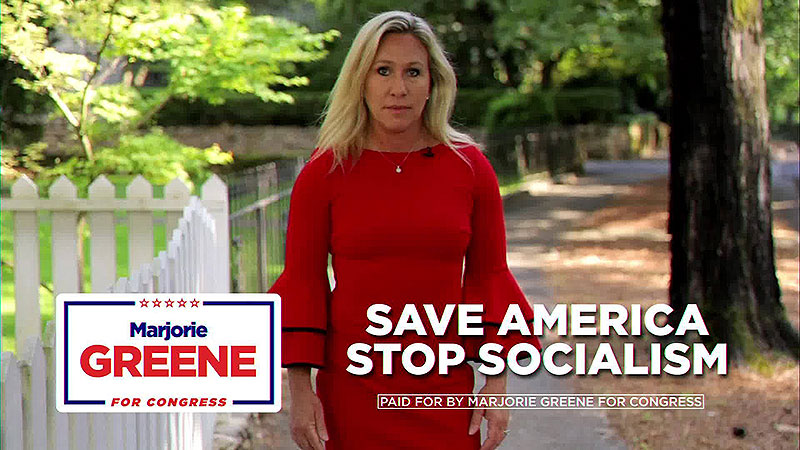 Marjorie Taylor Green - a great activist who will be a great member of Congress! Predicted to win by a landslide.

We’re writing this the day before the November 3 election. And we already know Marjorie Taylor Greene, a Republican, is going to win Georgia’s 14th Congressional district race.

President Trump carried the district by 27 points in 2016. The Republican incumbent (who’s not running for re-election) won his last race in 2018 by 75%-25%. And to top it off, the Democrat in the race has dropped out and moved out of state!

Greene has been personally endorsed by President Trump:

A great MassResistance activist in Georgia

Two years ago, MassResistance exploded onto the scene by confronting Drag Queen Story Hour (DQSH) events all over the country. At those events homosexual men dressed as garish women would come to public libraries and read LGBT-themed story books to young children. Their stated goals were to “give kids glamorous, positive, and unabashedly queer role models” and to encourage young children to “defy rigid gender restrictions.”

In September 2018, our first victory against this terrible indoctrination took place in a very pro-LGBT section of Atlanta, Georgia. A DQSH event was scheduled for the Ponce De Leon Library (which had already hosted one the previous year), but was abruptly cancelled after pressure from outraged MassResistance parents and activists (plus other local citizens).

After that victory, our team of activists expanded. One of those individuals was Marjorie Greene.

In early 2019, working with other activists in Fulton County (where Atlanta is located), Greene helped protest against other DQSH programs, including one at the public library in Alpharetta, Georgia where she lived.

She videoed the bizarre Drag Queen presentation at the Alpharetta event, and during the video demanded that the library assistant manager explain why they were hosting an event that contradicted truth and the religious faith of the taxpayers. She introduced the video saying:

“I’m waiting for my friends that are here with MassResistance. You guys can look up MassResistance, it’s a group that tries to stand up against this brainwashing of our children.”

She then posted something clearly true – which angered liberals:

“Trans does not mean gender change, it just means a gender refusal and gender pretending! Truth is truth, it is not a choice!!!”

Greene did much more than that. She was also influential in working with our Georgia MassResistance chapter leader at the time, Noelle, when our activists were confronting the Fulton County Board of Commissioners to enact policies to make sure that Drag Queen Story Hour and similar programs would not come back to the county again.

A year later, Marjorie Greene was running for Congress in the 14th Congressional district, the most conservative Republican district in the state. 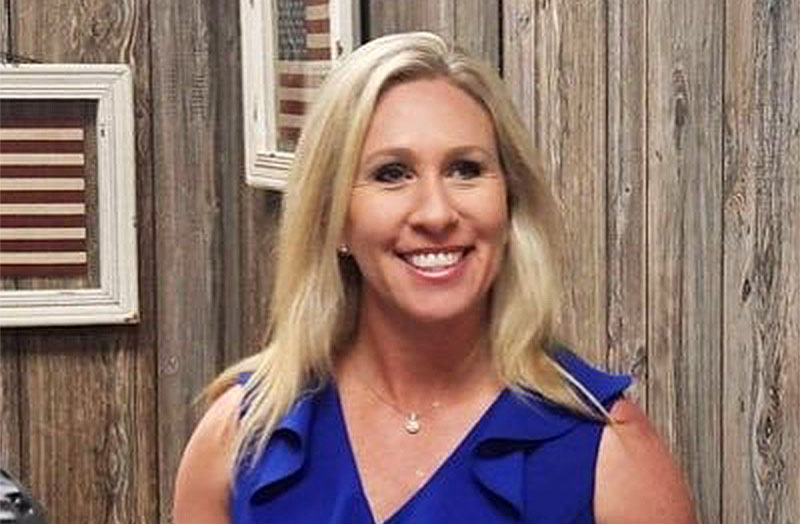 Vicious attacks from the left - and from RINOs

Marjorie Taylor Greene is a real pro-family conservative and is unafraid to say so.

She also has bold positions supporting Israel, the Second Amendment, and the border wall - and she publicly opposes socialism, illegal immigration, Antifa, Sharia Law, and the “deep state” control of the government and people’s lives. Plus she really means it, unlike a lot of GOP candidates.

Because of all that, her strong candidacy for Congress has ignited both the Left and the establishment RINO Republicans. The reaction from both sides has been an unhinged emotional hysteria. Since winning her primary, she has been a target of vicious attacks on a national level from both factions.

Absurd attack articles have shown up in the left-wing Washington Post, Politico, The New Yorker, NPR, New York Times, The Guardian, and others, including, of course, the extremist and widely discredited Southern Poverty Law Center.

Not to be outdone, National Review editor Rich Lowry devoted one of his syndicated columns to childishly bashing Marjorie Greene. The supposedly conservative Daily Caller did a nasty hit piece. And the Republican Jewish Coalition (RJC) – which has become shamelessly pro-establishment in recent years – announced that it refuses to endorse her.

(It hasn’t all been bad. She has also gotten some conservative support online that’s fun to read.)

All of these attacks are full of outright lies, distortions, and misinformation. It is reminiscent of the lies and hatred directed at Judge Roy Moore when he looked as though he would become a US Senator from Alabama. If nothing else, this shows what the true conservative movement is up against.

What they’re falsely accusing her of …

Here’s a quick catalog of irrational and grossly misleading things that the Left and RINOs are attacking Marjorie Taylor Greene with:

We’re proud of Marjorie Taylor Green for standing up for her beliefs and not backing down after the vicious attacks on her. She will clearly be a force to be reckoned with in Congress – maybe even a leader of a pro-family version of the so-called “Squad.”

For example, here’s her Twitter answer to Rich Lowry. And that’s just for starters! 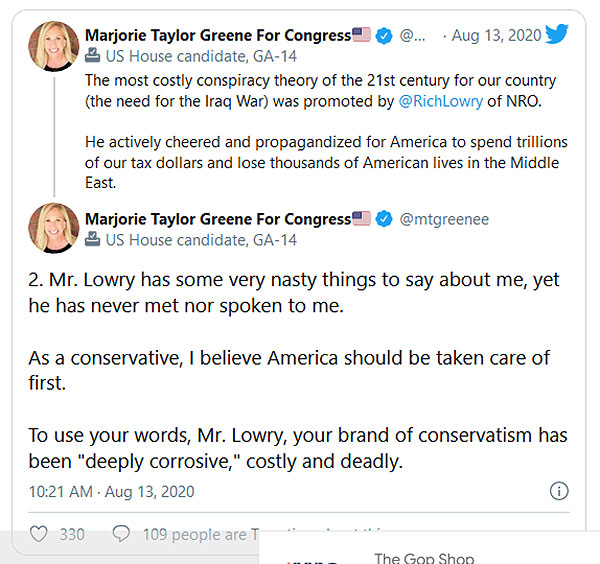 We’re hoping that more of our MassResistance activists follow in her footsteps!