Now that the election is over, Virginia must repeal a terrible law and clean house at its Department of Education

It's far worse than parents realize

[A previous version of this article appeared in American Thinker.] 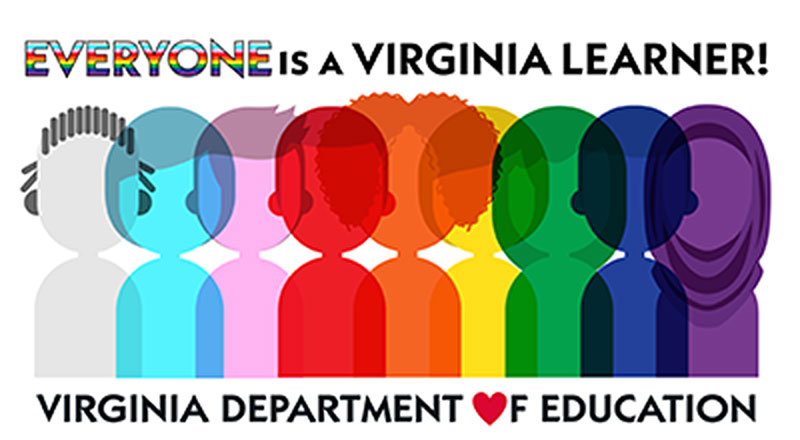 There’s been much talk about the odious school policies supporting so-called “transgender” or “gender fluid” students. What happened in the girls’ restroom at a Loudoun County, Virginia high school became a national story and a major issue in the recent election for Governor.

Last May, a girl in Loudoun County using the school restroom was raped by a male student wearing a skirt. The school refused to get the police involved. When the father went to a School Board meeting in June to demand something be done, an LGBT activist loudly confronted him. The father persisted in his attempt to be heard, and the police arrested him. Later during the meeting, the Superintendent said there was no record of such an assault at the school. The left-wing county attorney aggressively prosecuted the father, and in August got him convicted of disorderly conduct and resisting arrest.

But after the police got involved and investigated, the male student was arrested, tried, and in October he was found guilty of raping the girl.

Becomes an issue in the campaign for Governor

Parents across the state were shocked and angry over that crime and how the father was treated. In the days leading up to Virginia’s Nov. 2 gubernatorial election, Republican Glenn Youngkin made this issue part of his campaign and it helped him come from behind and win.

But will anything really be done in Virginia under the new Republican administration to curb the dangerous policies that enabled this tragedy? What can the newly elected Governor and legislature do to end this? The LGBT radicalism is well entrenched in the state bureaucracy and schools. But positive action is certainly possible.

It turns out that the Loudoun County school board was following the requirements of the recent state law when the scandal arose last summer.

In 2020, the Democrat-controlled Virginia legislature passed a law to push the transgender agenda into the state’s public schools. First, the law instructed the state Department of Education (DOE) to create a set of “model transgender policies” for schools – using a list of fairly vague requirements. Then, each school district in the state was required to create transgender policies that accurately reflect the “model” policies from the DOE.

Here is the text of that law:

A. The Department of Education shall develop and make available to each school board model policies concerning the treatment of transgender students in public elementary and secondary schools that address common issues regarding transgender students in accordance with evidence-based best practices and include information, guidance, procedures, and standards relating to:

1. Compliance with applicable nondiscrimination laws;
2. Maintenance of a safe and supportive learning environment free from discrimination and harassment for all students;
3. Prevention of and response to bullying and harassment;
4. Maintenance of student records;
5. Identification of students;
6. Protection of student privacy and the confidentiality of sensitive information;
7. Enforcement of sex-based dress codes; and
8. Student participation in sex-specific school activities and events and use of school facilities. Activities and events do not include athletics.

B. Each school board shall adopt policies that are consistent with but may be more comprehensive than the model policies developed by the Department of Education pursuant to subsection A.

(Sadly, a handful of Republican legislators voted for this bill as well.)

Radical “model policies” from the Virginia Dept. of Education

The Virginia Department of Education’s Model Policies for the Treatment of Transgender Students in Public Elementary and Secondary Schools reflects the radical mentality of the people who work there. It takes the eight requirements in the statute – which were likely written vaguely for political expediency – and extrapolates them into the LGBT agenda’s demands for schoolchildren. Thus, the “law” now requires every school to create extreme LGBT anti-parent policies.

For example: “Supportive learning environment” now means including LGBTQ clubs, diversity events, and incorporating transgender issues in the curriculum. “Student records” includes enforcing biological fantasy (denying a student’s “sex assigned at birth”). “Identification of students” means using fake names and pronouns of their choice. “Activities” could include clubs, theater, and gym class (though sports teams are excluded). “Sex-based dress codes” will be used to allow boys to wear skirts. “Events” could include school trips (when boys could stay in hotel rooms with girls). And of course, “use of school facilities” means that boys can use the girls’ restrooms, locker rooms (connected with gym class), and changing rooms. Anyone who dares to object will be guilty of discrimination.

Do Virginia parents really care about who is raising their children? If so, they’d better note this: The Virginia DOE’s transgender model policies interpret “protection of student privacy” to state that it is legitimate to hide a student’s new “gender identity” from his or her parents. The reason for that, says DOE, is that a student might not be “safe” at home if the parents know of his or her new “gender identity”:

… privacy and confidentiality are critical for transgender students who do not have supportive families. Disclosing a student’s gender identity can pose imminent safety risks, such as losing family support or housing.… School divisions will need to consider the health and safety of the student in situations where students may not want their parents to know about their gender identity, and schools should address this on a case-by-case basis. If a student is not ready or able to safely share with their family about their gender identity, this should be respected. There are no regulations requiring school staff to notify a parent or guardian of a student’s request to affirm their gender identity, and school staff should work with students to help them share the information with their family when they are ready to do so.

It gets worse. The Virginia DOE has posted an encyclopedic resource page with “best practices” for supporting and promoting transgenderism in the state’s schools. This page, entitled “Gender Diversity,” links every leftist sexual-radical group imaginable (sadly, the American Psychological Association is now in that mix). The now infamous National School Boards Association gave advice to school boards everywhere in their document, “Transgender Students in Schools” (2016), that is linked on this DOE page.

This is only part of the list of transgender resources on the Virginia Department of Education's perverse "gender diversity" resource page.

It started in Massachusetts

This was not invented in Virginia, but is happening across the country. The concept of using state Department of Education policies and guidelines (devised by unelected bureaucrats) to force schools to implement the homosexual agenda was inspired by the LGBT activists in Massachusetts who pioneered all their school activism back in the 1990s. (For years MassResistance tried to warn the country that the transgender wave would soon hit their states.)

Real work needs to be done by Virginia’s new Governor

Do Governor-elect Youngkin and concerned parents really want to end the transgender rapes, biological denialism, and “gender” curriculum in the schools? If so, they must work to overturn the Virginia transgender students law, throw out the state DOE’s model policies, and delete the “Gender Diversity” resource page.

Part of a much larger problem

But the problem is not only trans student policy. Virginia’s entire “welcoming” policy for “LGBTQ students” must be scrapped. The transgender push is part of that larger radical movement; LGBTQ “identities” and “rights” are all linked. There are no half-way measures.

Sexual orientation nondiscrimination policies in the schools began this nightmare in the early 1990s. (Again, Massachusetts led the way.) A lot of the graphic sexuality resources were first sneaked into the schools with “AIDS education” as the excuse. If you want to support “gay” students, you need to talk about anal sex! If you want to support lesbian and “trans” students, you need books about strap-ons! So if parents want to eliminate graphic sex-ed curriculum and library books in the schools, they can’t be afraid of tackling the whole LGBTQ+ support network. And all “comprehensive sex ed” curricula must be jettisoned.

The attention was great. Now we need courage and action

There was a lot of talk during the campaign about listening to parents, protecting students, and getting the filthy books out of the schools. Will the Governor-elect have the courage to tackle this? In each state, the Executive branch controls its Department of Education. Let’s hope the Youngkin administration will set to work immediately to overturn the transgender students law and purge the state DOE of the sexual-radical elements.

And let’s not fool ourselves. This same problem is happening across the country. Many states and locales have already passed laws or policies that help push this agenda in the schools. . But we haven’t yet seen a state Department of Education (or state School Board Association) that is resisting this.

Amy Contrada is the MassResistance director of research. She became politically involved in the early 1990s when Massachusetts high schools introduced graphic AIDS education and her local high school handed out condoms and X-rated pamphlets in the cafeteria.