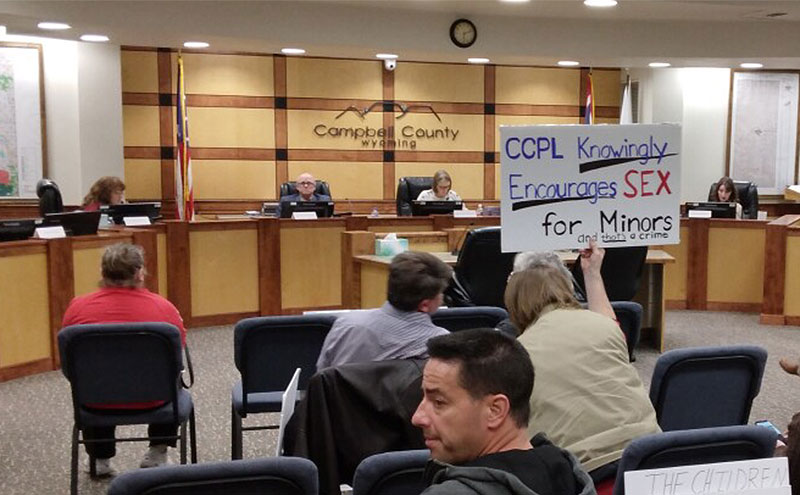 Wyoming MassResistance parents go to every meeting to make sure their public officials are getting the message.

Relentless pressure by regular citizens – and not giving up – will get results, even when dealing with stubborn and corrupt officials.

In Campbell County, Wyoming over the past several months, many in the community have been disgusted by the numerous pornographic books in the children’s and teen’s sections of the public library. Outrageously, the library staff and the majority on the Library Board defended the prurient books. These corrupt people allied with local LGBT radicals to demonize parents who complained. The County Commission – which appoints the Library Board and controls its funding – refused to act.

To end this outrage, local parents and citizens had formed a Wyoming MassResistance chapter (which continues to grow).

The local Wyoming MassResistance folks were relentless. They’ve protested the sickening books at every Library Board and County Commission meeting. They served the library officials with dozens of formal complaints. They put up a billboard. They leafletted the city of Gillette. 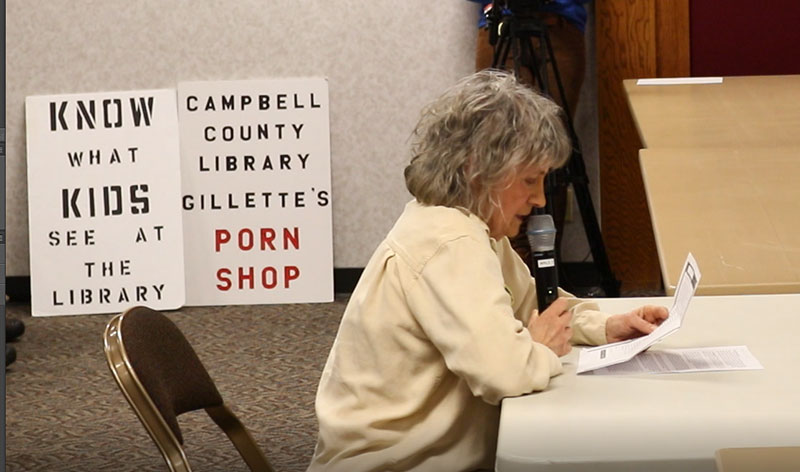 A mother reads passages from a lurid, sexualized library book for young teenagers to the Library Board.

Their pressure made a difference. In October 2021, the County Commissioners got so tired of the peoples’ complaints that they voted 3-2 to eliminate all public comment at their meetings. In November, the Library Board Chairman, Dr. Hollie Stewart, abruptly resigned the chairmanship to become just a regular member. In January, the most virulent anti-parent County Commissioner, D.C. Reardon, suddenly resigned.

The MassResistance group knew then to step up the pressure! Here are the latest developments:

More work to do

All this is certainly good news.

With the new makeup of the County Commission, the public is demanding a housecleaning at the Library Board. 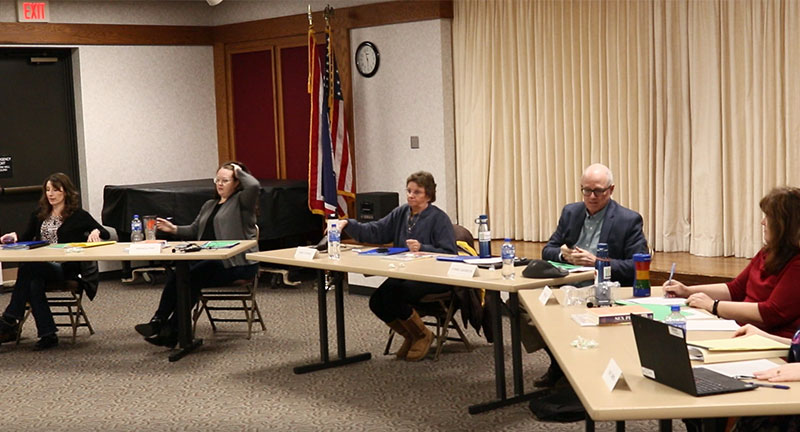 The remaining four members of the Library Board, with the library director at right (with her rainbow drinking cup). Charlie Anderson is second from right.

The new Library Board Chairman, Charlie Anderson, has been insulting and abusive towards the parents and citizens who have come to the meetings. But even worse, he has allowed a disgusting group of pro-LGBT activists to harass and heckle the parents during the meetings. There is also talk of shortening the Library Board meetings (i.e., curtailing public comment) because two of the pro-LGBT Board members have apparently said that “they can only stand to attend these meetings for 45 minutes to an hour.” Maybe those members will see the writing on the wall and resign. 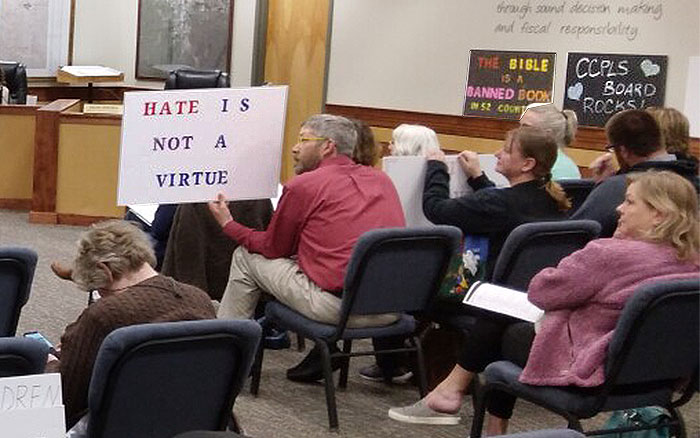 Radical LGBT activists with their hateful signs were allowed to heckle the parents during recent Library Board meetings.

Ultimately, library staff members need to be fired, too. And the library system needs to disassociate itself from toxic groups like the American Library Association. So the fight continues!

We talk with parents across the country who encounter similar problems in their public libraries and school libraries.

Their first big shock is how graphically obscene and sickening many books are.

The second big shock is that adults in their community would push this material on children. It is certainly difficult to understand how library employees – and public officials who oversee them – are so immoral and sexually twisted themselves that they not only allow it, but champion it. Parents wonder why these people aren’t in jail, but instead are paid to work with children.

Unfortunately, there is a tendency for parents to either give up, or choose the losing strategy to be “polite” and “moderate” in their approach.

MassResistance helps them understand the battle, and how to take it on.