Interview with Library Director over pornographic and explicit homosexual library books for children and teenagers. Her answers should shock you.

Talking to someone with a completely different moral compass.

This is why our schools and public libraries are the way they are. 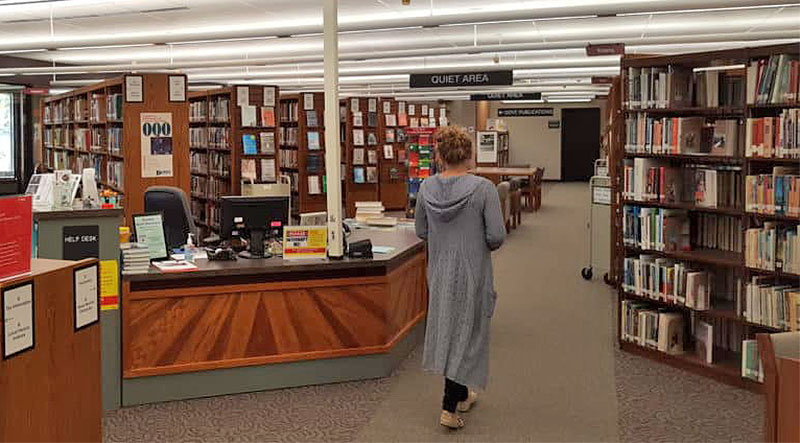 A teenager walks into the Campbell County Public Library in Gillette, WY.

More and more parents are finding lurid pornographic and graphic homosexual and transgender books in the children’s and teens' sections of public libraries and school libraries. This doesn’t happen by accident. What kind of people are running these libraries?

As we’ve reported, a few months ago parents in Gillette, Wyoming noticed a growing number of extremely obscene books in the children’s and teens sections of their local branch of the Campbell County Public Library. Since then they have confronted their elected officials several times and spread the word across town. 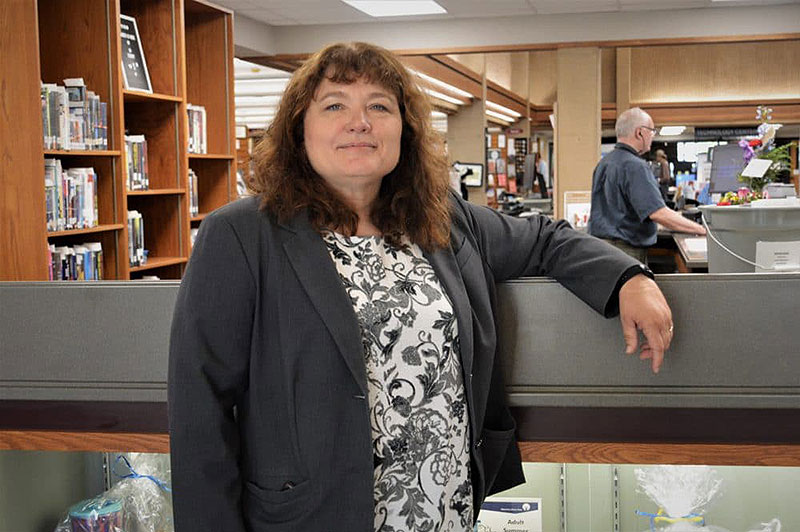 Below are questions and answers from that eye-opening interview.

One book on display in the library’s Teen Room, This Book Is Gay, can only be described as a “how-to” book for depraved, unsafe sexual perversions. (Here are some excerpts.) Any normal person would be sickened by this book. Parents in Gillette have read portions of this book out loud at public meetings of the Library Board and County Commission, and they’ve submitted a formal “challenge” of the book to the Library. 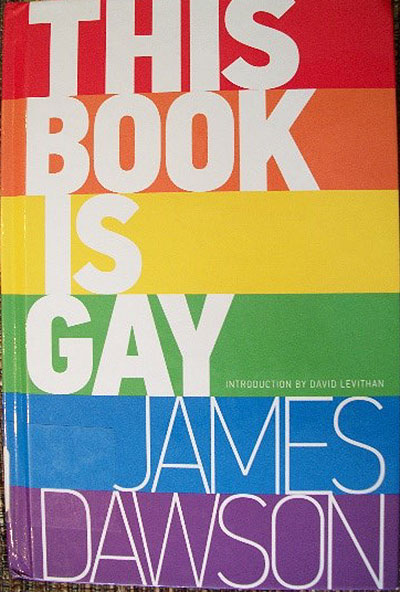 Curiously, Terri Lesley says that as a result of all this uproar she “started” reading that book, and didn’t find anything objectionable so didn’t bother reading any more of it. (She uses that as a convenient excuse not to comment on it.) She also has a frightening view of pornography and how it relates to children. And her view that something this horrible could be okay if it’s in the right “context” is also incredibly disturbing.

Ben: A little bit earlier you said, “You can’t define pornography, but you know it when you see it.” And, “We don’t know if any is in the Teen Room or not.”

If you did find pornography in the Teen Room, would you say it’s OK to stay there?

Terri: Well, that’s such a loaded question, because I honestly don’t believe that we have any there. What I think and what you think could be different, is all I know.
If somebody brought in something that was clear pornography of course it wouldn’t be in here, but what is the definition of pornography? We keep going back to that. Is a sex education book pornography or is it not? I don’t know yet. I haven’t had a chance to review these books, OK?

Ben: Have you reviewed This Book is Gay?

Terri: I have started it, and so far it reads like a textbook.

Ben: When it specifically says, “How to suck a cock,” would you think that’s pornography?

Terri: I can’t take it out of context. You’re asking me to take something out of context. The sexual act itself is pretty graphic. So I don’t know unless I read it. I’ve got to read it.

Ben: But the terminology. Would you use the word "cock" if you’re doing a medical or educational …?

Like many libraries around the country, this one has a relationship with the American Library Association (ALA). The ALA is a far-left organization that pushes pornographic and LGBT material to children in libraries under the deceitful banner of “freedom to read” as if children are just like adults. They maintain a list of books that parents have objected to which they proudly describe as “banned books” and brag that they’re helping stop such “censorship.” But of course, the parents are only trying to protect vulnerable children. They aren’t trying to stop other adults from reading anything.

Terri says that she seeks a “balanced collection,” which would imply to be balanced between normal books and perverse books sought by radical activists targeting young people.

Ben: Why are book challenges sent to the American Library Association?

Terri: So, the only thing that’s sent to the American Library Association is the titles. We never reveal patron information. But they just keep a database. There’s an intellectual freedom division of the American Library Association. They keep a database on what items are challenged because public libraries – as democratic institutions – are tasked with having balanced collections in the library. There is always something in the library somebody is going to be annoyed about.  It’s the nature of our industry. So the ALA keeps a database on what has been challenged.

People have different ideas of what people should be reading and shouldn’t be reading, and people personally don’t want this item to be giving people ideas, and so, “Let’s take it out of the library,” because, “What if people can’t think for themselves?”

When asked about transgenderism and children, most parents would say that it’s a very destructive concept to push on children. But Terri dodges answering that by skillfully changing the subject.

Ben: When transgender ideas are introduced to children, do you think that can be damaging?

Terri: I really don’t have an opinion on that, and I really can’t answer it. There are some laws out there about discrimination based on different things.

Ben: I am aware of those laws, and actually a lot of those “laws” are recent executive orders by Joe Biden. For one, an executive order is unconstitutional, because it needs to go through Congress to become a law. And two, most of those laws currently are only related to whether you can fire them for being transgender.

Terri: I feel that you’re asking me to make a judgment on a class of people, and I just can’t do that.

Terri: Well, what do you think? What do you think the answer to that is? That’s kind of an insulting question. So I don’t know. I’m not even going to answer it.

Ben: Well I would really like to know, because there are actual books in this library which do that very thing.

Terri: Has a 10-year-old ever had that happen? That’s such an extreme viewpoint.

Ben: Why is it being introduced in the books in the library, then?

Terri: Because there are books in the library, and sometimes, I don’t know, I don’t even know how to answer that. This is such an insulting question, it’s hard for me.

Ben: Well, do you see where I’m coming from, though, because that is actually in the children’s section in this library.

Terri: I haven’t seen it. I can’t tell you any opinion until I’ve read the book and seen it in context. I don’t know.

Ben: Well, I’m not sure how it’s insulting if you can’t even answer it. That’s where I’m coming from and I’m surprised by the reaction. It just seems like such an obviously wrong thing to me.

Terri: I have to see it to believe it. So I haven’t seen it yet.

Then she asks Ben a few interesting questions. It doesn’t seem to occur to her that if she and her staff weren’t providing this toxic material to children and teenagers, none of us would be interested in talking with her.

Terri: What is your purpose today? What are you planning to do with my answers? Are you going to use them against me in some way or publish them on your website? Am I just setting myself up for more abuse from your group?

Ben: My goal is to get books that encourage sexual activity out of the children’s library and out of the teen section.

She tries to placate Ben with a stock “library” statement that reveals just how out of touch with reality these people are. They have no interest in the graphic testimony from local parents, some of whom have said they consider the library like a sewer and that they will not bring their kids there again.

Terri: What we try to do is have information – activities and programs – that are good, healthy things for kids. We work really hard at that. We have a lot of heart that we put into our programs and our collections.

As to the process of how books get into the library, Terri referred to the library’s official Collection Development Policy. But if you read it, you will find that besides requiring “appropriate vocabulary,” the specific rules are not much of a policy, but a mostly vague collection of bland guidelines. Thus, they can apparently do whatever they want and find an easy way to say it comports with “policy.”

Ben: How do we figure out how books get into the library?

Terri: The policy’s going to rule the day.

Terri: It’s online. You can read it. It’s the “Collection Development Policy.” It’s our procedural manual on how we do things.

This Book is Gay is classified as Young Adult Nonfiction. Here’s what the Collection Policy says about bringing those books in (p. 77). It’s basically ambiguous blather:

But far more interesting is that the collection policy also includes an extensive “Development Plan” for Young Adult Nonfiction (pp. 77-85) – i.e., the kinds of books that the library would “officially” want to be adding to the collection. This includes a very long list of legitimate topics (e.g., science, mathematics, Christianity, photography, engineering, etc.). None of those topics are “LGBT,” sexuality, or anything remotely related to them. Terri Lesley and her staff appear to be completely ignoring their own Collection Policy’s Development Plan. 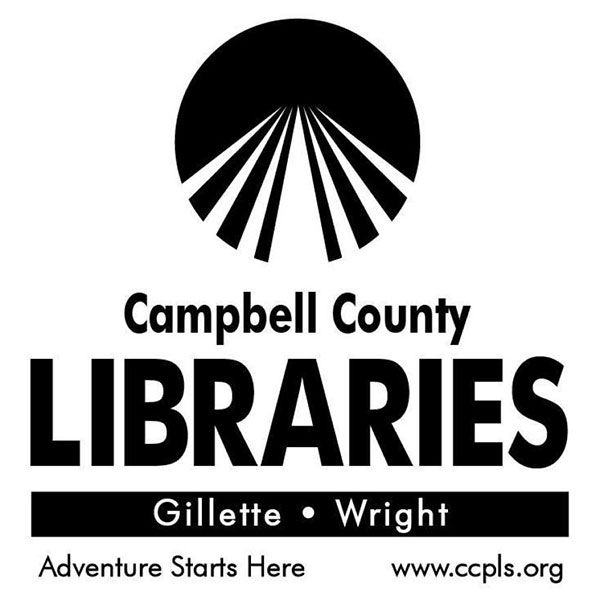 "Adventure Starts Here" is more than a slogan, unfortunately!

This reinforces what we basically already knew. The obscene books, “Gay Pride Month” programs, and Drag Queen events in our libraries targeting children are no accident. These are being put in place by people with no moral compass, working hand in glove with radical organizations such as the American Library Association, LGBT groups, and others. Libraries have changed drastically in recent decades. The worst possible people are running them. It’s time to put normal people back in charge and stop the assault on children.