The Black Lives Matter assault in the nation’s schools is bigger and more intrusive than people realize. Along with that is a new wave of radical LGBT indoctrination.

Activist teachers say: Parents should have no say in this!

See our multi-part series exposing it in detail! 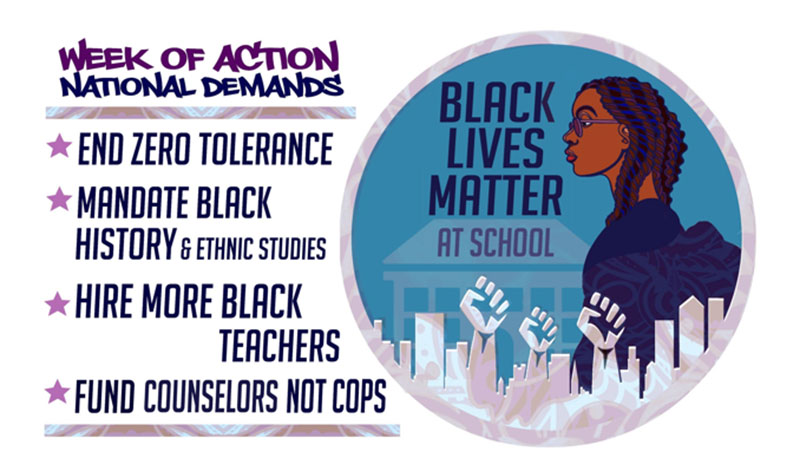 Most parents are completely unaware that this is being taught to schoolchildren across America - even in academic subjects such as English and math.

Right now, many people are focused on national politics, the elections, the banning of conservative thought, and the fear of more violence and destruction to come from Black Lives Matter (BLM) and Antifa. But anyone who cares about the nation’s longer-term future needs to pay attention to the horrible transformation going on in the nation’s schools. It is on a scale that we have never seen before.

A flood of Black Lives Matter curriculum material – specifically tailored for various grade levels – is now showing up in public (and some private) schools across the US. Children are hit with insidious Marxist messages including:

The obvious purpose is to divide people, not bring them together.

But that’s not all. Two of the three founders of BLM are “out” lesbians, and “from the start Black Lives Matter has been about LGBTQ lives.” So along with the Marxist ideology – often mixed together – comes a new radical wave of LGBT indoctrination in the schools. From what we’ve seen, it is even more psychologically aggressive than before. 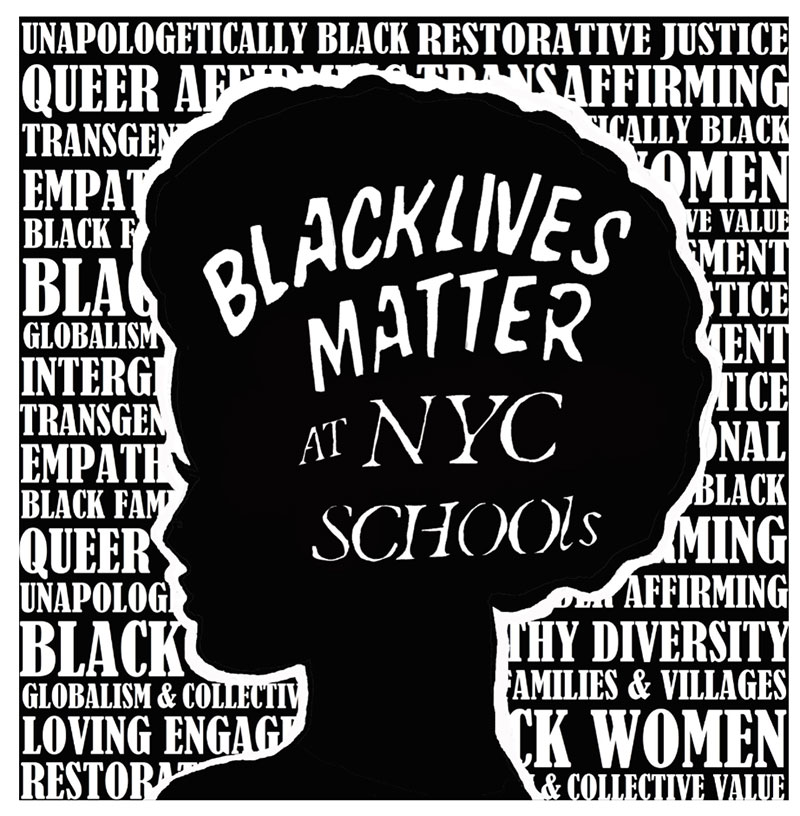 A relatively sudden surge into the schools

As our readers know, for many years MassResistance has been successfully helping parents fight back against the LGBT agenda targeting their children in their schools.

Earlier this year, MassResisance activists around the country began confronting local BLM groups that were targeting their communities with their aggressive Marxist, anti-police, and racist demands. Much of this was centered around de-funding the police and pushing Marxist policies into city government.

When the new school year began back in August classes were conducted via Zoom because of COVID-19. Parents at home began noticing extremely offensive BLM lessons being pushed on students in supposedly academic settings such as English and math classes. It was frightening and very upsetting. MassResistance has helped some parents confront the school officials and get it stopped.

This has all been shockingly sudden. Last year there was almost no BLM material being taught that we could identify. But now we’re seeing that it’s a much larger problem than we could ever imagine. The sheer amount of material and the methodical way it’s being presented to children makes it obvious that the preparation for this has been going on for some time.

Where is this coming from?

This assault on children is being funded by Corporate America. The amount of money is staggering. Two years ago the National Football League announced a $90 million donation to Black Lives Matter and its “social justice” front groups, which was later upped to $250 million. This has been joined by Apple, Amazon, Walmart, and Google, Bank of America and many others. (See sample lists of funders here and here.)  The total by now has easily reached a billion dollars.

A substantial amount of this money goes to “educating” the nation’s schoolchildren. They have been able to create their extensive course materials and the methodologies for pushing it most effectively on children. 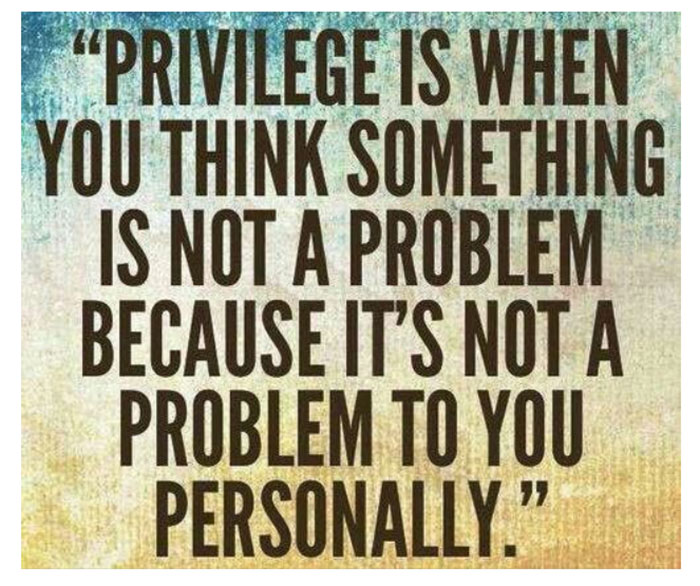 Part of the "white privilege" propaganda in Middle Schools.

It’s moving so fast because the Black Lives Matter organization is working closely with the LGBT movement which infiltrated the schools over the past several decades – as well as the political entities that run them and universities that influence them. As a result, most of this new material is coming from the state or city level – and being pushed into the individual schools.

Teachers have also been put through indoctrination “teacher training,” much like the LGBT training that HRC and its “Welcoming Schools” have given them in years past (which is also pushed from the government entities). 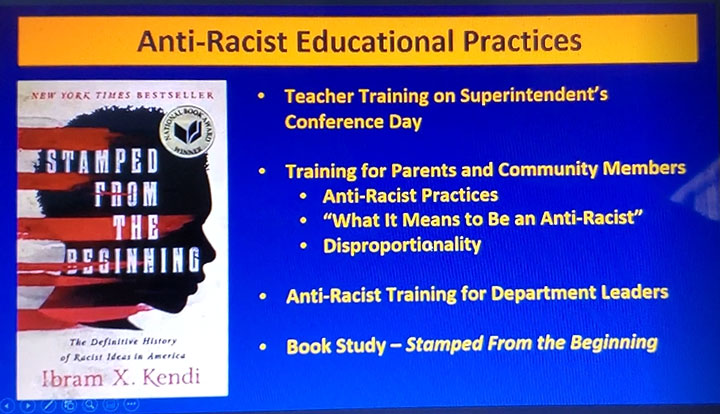 This Black Lives Matter teacher presentation in Buffalo, NY describes the various indoctrination sessions that the city's teachers - and even some parents - will be going through.

BLM is also working with other left-wing extremist groups already in the schools, such as the Southern Poverty Law Center and its so-called “Teaching Tolerance” curriculum.

From what we are seeing, they are focusing particularly intensely on the Elementary and Middle School grades. They have a definite – and quite frightening - obsession in molding children’s minds as early as possible. 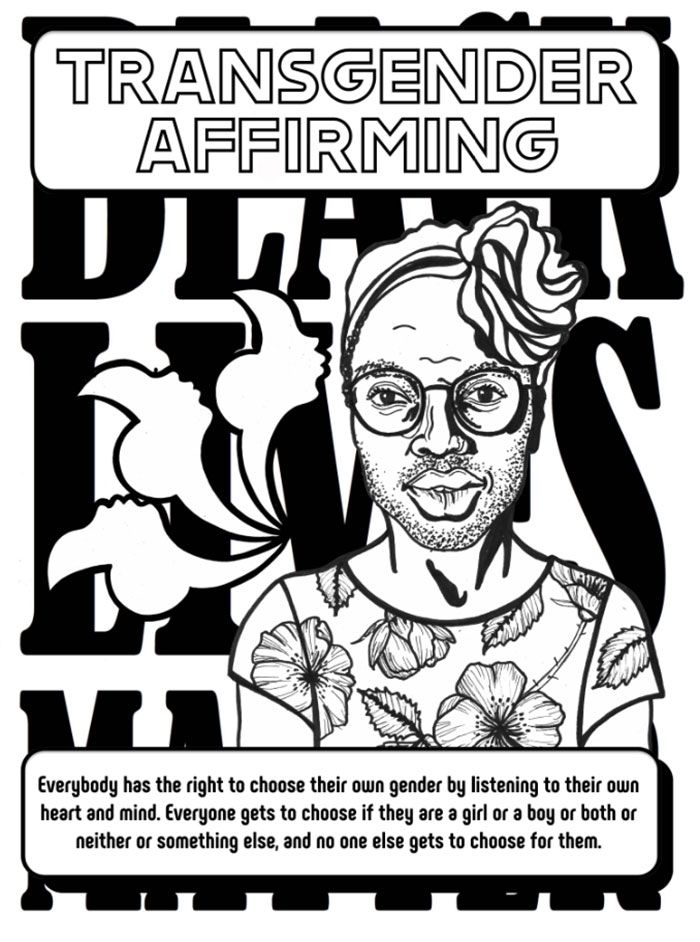 This, unfortunately, is not a new concept among totalitarian movements. It’s something that we need to pay attention to.

One very disturbing thing that we’ve found in both writings and even video clips that we’ve come across is the extreme militant attitude of teachers.

In one video of a training session, teachers explain that parents don’t have a right to decide what their children learn – because the teachers are the ones who know best. And children need to be protected from parents’ bigotry.

A popular slogan is “Freedom to read.” They unabashedly say that young children have the “freedom” to read pornography, or children’s books promoting homosexuality or witchcraft, or any subject the teacher may choose.

Keeping parents in the dark is a goal. And in fact, most people have no idea what’s happening. But sometimes parents find out. So there are training sessions on dealing with pushback from parents - particularly “bigoted conservative religious” parents. They teach the teachers how to give such parents misinformation and confuse them to a point where they don’t oppose the material.

Can this be stopped?

Yes, we believe it can be stopped – school by school. None of this can be defended by the schools – if parents are educated and equipped to properly confront it. Because it is virtually all based on lies and discredited Marxist ideology, it is surprisingly easy to tear down.

The education establishment is used to intimidating and steamrolling parents and community members who are frightened and unsophisticated. But our experience has been that they cannot effectively deal with people who are aggressive and well equipped with the facts.

There are numerous strategies at our disposal – including demands that the ringleaders pushing this on children be fired – which we’ve successfully used.

(The only thing limiting us right now is the funding to manage a larger-scale operation. Conservative donors are historically reticent to be confrontational. But we’re working on that.)

Coming up: A series of exposés!

Over the last few months we have gathered a large amount of the new Black Lives Matter and LGBT material being pushed in the nation’s schools. Most of this has come from teachers (and even principals) who have been outraged – and reached out to us. It even includes some videos of secret teacher training sessions.

It’s far too much to post in just one article. So over the next several weeks we will be publishing a series of detailed reports. Our goal is for people to know what’s really happening in their schools – and hopefully get prepared to take action!