MassResistance attacked by left-wing publishing industry groups as part of “coordinated effort to ban books” around the country.

Our success has hit a nerve among those pushing pornography on children in schools and public libraries.

Using fear-mongering tactics in attempt to marginalize anyone fighting to protect kids. 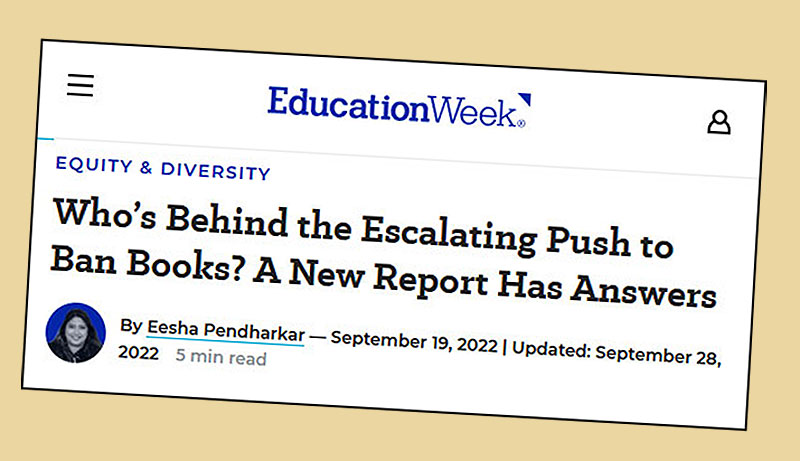 The pro-LGBT publishing industry is angry at our success protecting children.

MassResistance’s successful efforts organizing parents to stop schools and libraries from providing lewd books to children have gotten the attention of the radical Left’s publishing groups. At issue are the many items containing graphic pornography and pushing LGBT sexual behaviors to children.

Last month the publishing cartel launched a campaign to attack and marginalize MassResistance and other pro-family groups that have been assisting parents. The occasion was the far-left American Library Association’s “Banned Book Week” (this year from September 18-24). 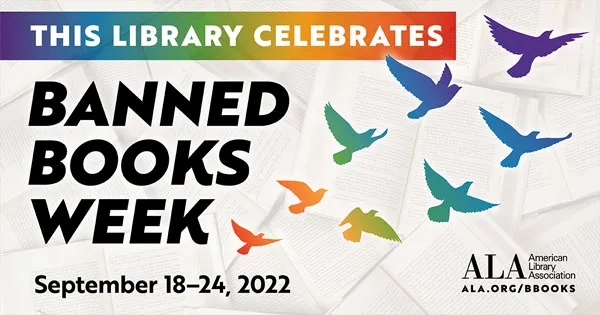 A weapon against parents

Leftist school and library officials accuse critics of “censorship” and “banning books” in order to shield themselves as they push graphic pornography, and normalize homosexuality, cross-dressing, transgender identification, and other perversions to children. They grossly distort the concept of “free speech” and claim that children have a “right to read” anything, including pornography. These arrogant people believe their values supersede parents’ wishes to shield their own children from harmful material.

Distorting the truth to corrupt your children.

Parents who disagree and speak up are labeled as dangerous and extremist “censors.” They are portrayed as “a vocal minority” who want to “ban books” that talk about what the leftists label simply “controversial” or “uncomfortable” subjects. It can be very intimidating.

But when parents are organized and strategically fight back, this causes problems for the schools and libraries – and ultimately for the publishers of the sexual and “gender” propaganda (and outright pornography) aimed at kids. And MassResistance is in the forefront of this fight.

The pro-porn-for-kids cabal lashes out!

On September 19, a leftist “free expression in literature” group called Pen America published a fear-mongering screed titled “Banned in the USA: The Growing Movement to Censor Books in Schools.” 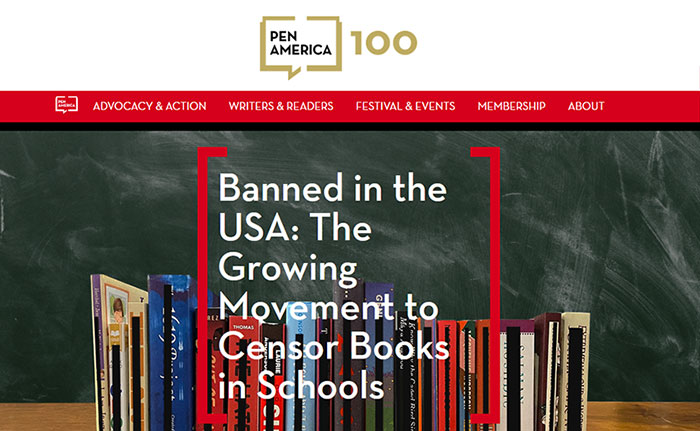 Fear-mongering "report" by the porn-for-kids cabal.

The report included a discussion of MassResistance’s success getting books removed in a school district in Mississippi. It attempted to portray us as the most radical and dangerous (to the leftist cause) of the national pro-family groups.

That same day, the report was highlighted on the book industry site Publishing Perspectives. It was soon followed by an article in Vice (“New Report Links Rise in Book Bans to Anti-LGBTQ Groups”) and even some local newspapers.

Within a day, MassResistance was contacted by a reporter from Education Week, a magazine that was considered mainstream (and trustworthy) years ago, but has joined the rest of the education establishment in its descent into far-left ideology.

The reporter interviewed Brian Camenker, president of MassResistance. During the interview, Camenker aggressively defended our anti-obscenity stance. He started out attacking the whole “freedom to read” shtick.

Years ago no parent ever complained about books in the library. But now just about every town has parents who are upset.

Camenker then described some of the sickening parts of This Book is Gay to the reporter – including instructions for kids on how to perform homosexual sex acts on each other. He also discussed similar scenes from another heavily sexualized book that a mother had recently testified about.

The reporter seemed taken off guard at that, but simply answered,

To which Camenker responded,

How can books about gross homosexual sex be possibly good for anybody? Those are simply the LGBT talking points, which are nonsense. Come on. If schools didn’t have these books, would kids feel unsafe?

Camenker then informed the reporter that the only reason that schools can have these books is a loophole exempting schools and libraries in most states’ obscenity laws regarding children. Without these loopholes, these people would be thrown in jail. The loopholes were originally passed by legislatures around the country decades ago to allow for legitimate artwork depicting some nudity (e.g., photos of Michelangelo’s "David" statue), and assumed that the library people would continue to have common sense.

She asked Camenker, “Why not let the books be available to some children and not others?” He responded that these books are objectively bad for everyone – that’s why the obscenity and anti-porn laws regarding children exist.

And Camenker added that these people do not care how this negatively affects children:

What does exposing children to hard-core pornography do to them? It’s very chilling. Talk to an adult some time who was exposed to pornography as a child and find out what that did to him. It’s really bad. And there’s an enormous amount of research done on this. But your friends at the “freedom to read” nonsense don’t care about that. They only care about ideology.

Apparently, MassResistance was the only pro-family group willing to talk to on record about this issue. The reporter seemed surprised that Camenker answered every question and did not back down on anything.

The Education Week article – and our response!

Later that same day the Education Week article appeared. Camenker was extensively quoted, but the article was still terribly slanted and biased.

The reporter did not describe any of the disgusting and sickening contents of the books. Instead, she said that parents objected to “books about LGBT people and people of color,” which was purposefully misleading.

The reporter also did not mention the narrow exemptions to the laws protecting children from obscenity, which are the only reason these books can be in schools. Without those loopholes, the school officials clearly would be charged with a crime.

And of course, the reporter sought to demonize MassResistance by including the discredited Southern Poverty Law Center’s label of “hate group” – which the SPLC (itself being a hate group) has absurdly assigned to hundreds of pro-family organizations.

But unlike most pro-family groups, MassResistance did not sit still for that. Our National Field Director Arthur Schaper immediately called up the reporter, and also her editor. He informed them that we expected professionalism from them, not their usual biased smears. He went over the wording of the articles with them and demanded they tell the truth. In the end, they did make a modification (which is noted at the top of the article).

Other conservative media jump into the fray!

Before the dust settled on all this, a few prominent conservative sites weighed in. It was worth the wait!

On September 30, FrontPageMag published a hard-hitting article, Banned Books Bunkum - What the anti-book banning fetish in our schools is really about. As historical background, the article discussed two MassResistance exposés that made national news at the time: The 2000 “Fistgate” conference (see here and here) and the 2005 “Little Black Book” handed out at Brookline High School. Both atrocities occurred at GLSEN-Boston conferences.

The Left – including school and library officials who should obviously be fired – cannot defend what they do to children and parents except through lies, fear mongering, and name-calling. All of that needs to be directly confronted and upended. And then it needs to be vigorously and relentlessly replaced with the truth. Unfortunately, too many conservatives are not up to that task.

MassResistance is here to help!