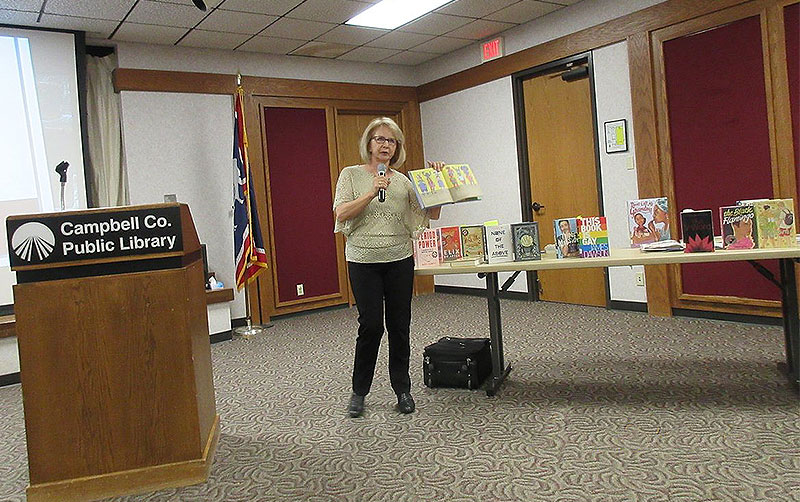 A parent speaks before the Library Board, reading from several of the sexualized children's books. But the Board refused to do anything.

County prosecutors in Wyoming have announced that they may be filing charges against local library officials after Wyoming MassResistance parents brought a criminal complaint regarding the obscene and sexually charged books in the children’s and teen’s sections.

As we’ve reported, Wyoming MassResistance parents in Gillette have been attempting for months to work with the Campbell County Library staff, the Library Board, and the County Commission, to have the books removed and resolve this. But four of the five Commissioners refused to cooperate with the parents. 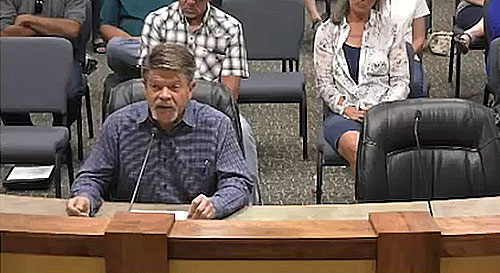 Hugh Bennett addresses the County Commission on July 7 about the books, asking them to take some action.

On September 29, two local Wyoming MassResistance parents in Gillette, Hugh and Susan Bennett, brought five of the library books to the Campbell County Sheriff’s office and filed a criminal complaint. 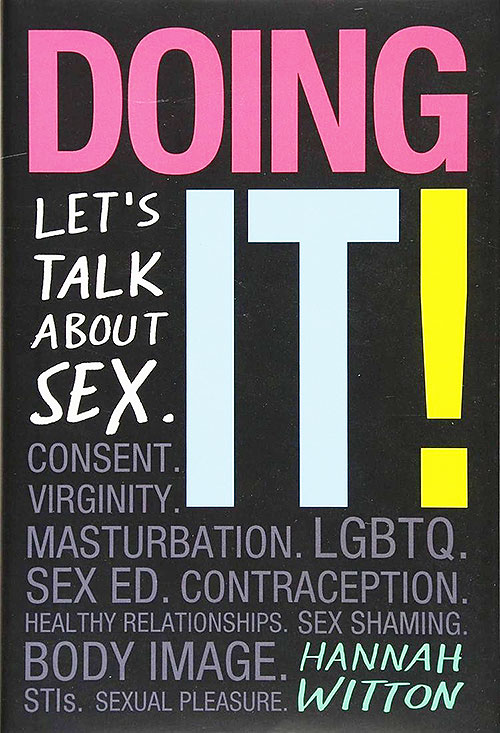 Similar to other states, Wyoming law exempts schools and libraries from prosecution for displaying obscene material. However, the law does not exempt them from encouraging children to engage in sexual relations – which is a crime in Wyoming and other states.

The Sheriff’s office referred the complaint to the County Attorney Mitchell Damsky’s office. When Damsky examined the library books, he was outraged. “Personally, as a parent, I find the material to be just inappropriate for children and disgusting,” he told a reporter. He said the books are like giving “hard pornography to children.”

Within a week, the case was referred to the neighboring Weston County prosecutor's office, where a special prosecutor for this case is being assigned. Since the county attorney for Campbell County must defend county employees and staff in criminal accusations, the investigation and possible prosecution of the case was moved to another county prosecutor because of conflict of interest issues.

Almost immediately, the Associated Press found out about it (likely from left-wing activists connected with the local library) and within a day the story went across the country. The AP, of course, is very left-wing and pro-LGBT. They dishonestly referred to the books as simply being “about sex, LGBTQ issues, and how to have a baby.” A few of the news reports are: 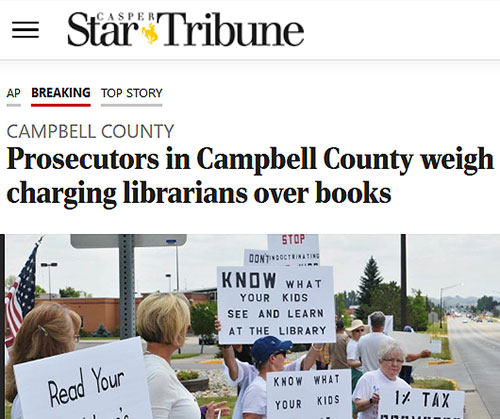 The media quickly picked up this story.

The most prominent statewide homosexual and transgender organization, Wyoming Equality, also weighed in. As expected, they support books that encourage children to engage in homosexual behaviors, particularly when the parents disagree. The LGBT movement’s obsession with recruiting children is why they help push these books into schools and libraries across the country.

They are using a well-worn tactic to deflect the issue: The false and absurd claim that parents are “threatening” public officials and library staff over the books.

Wyoming Equality’s executive director told the Associated Press that she felt the need to talk with local officials about “the threats” and offer support to the library staff. “They’re being treated so poorly and with such violence and lack of goodwill,” she said. “They’ve had threats. Folks have showed up and said menacing things about the library and librarians.”

This is purposefully misleading. The parents have complained quite firmly about the books. They have criticized the library and the librarians. But they have certainly not threatened anyone, nor would they ever do so. There had been no “violence.” The LGBT activists are simply making that up.

What would a controversy on pornography and children be without the ACLU supporting the pervs? Stephanie Amiotte, legal director of the ACLU of South Dakota, North Dakota and Wyoming, told a left-wing blog that her group “stands firmly” behind the Campbell County Public Library staff.

Regarding the pornographic books, she said that children must have “free access to information.” She said that libraries cannot allow “private pressure groups, or politicians, who seek to impose their own political, moral, or religious beliefs by censoring books chosen by professional librarians for library shelves.” The staff of supposed experts, not the community and taxpayers, must be the judge of what children are given, according to that repulsive (but extremely well-funded) organization.

The fact that the library staff, the Library Board, and nearly all of the County Commission in this conservative part of Wyoming publicly support this stomach-turning sexual seduction of children is certainly a wake-up call. There’s clearly a lot of work to do to restore normalcy.

This criminal complaint is a very important start. These books are in libraries across the country. It’s time to take action with MassResistance!