Prosecutor backs away from the case. Neglects to investigate despite clear evidence. 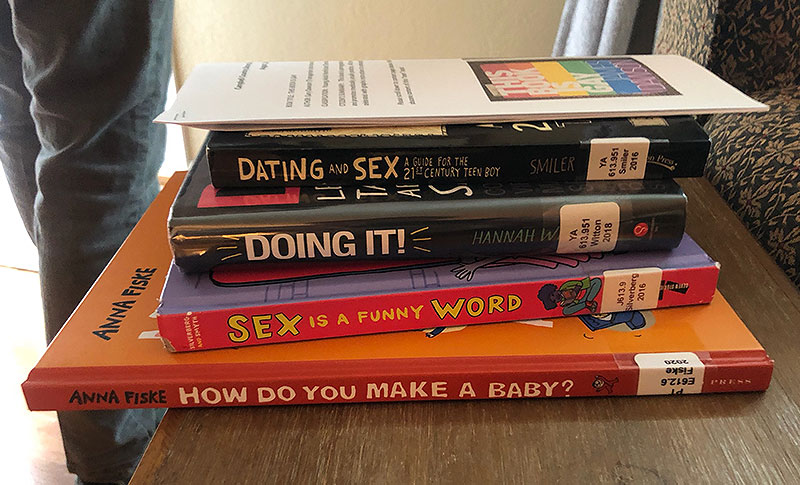 These are the books the parents submitted with their complaint. One library book was already checked out, so they submitted photocopies of several of the pages - which the prosecutor ignored.

Across the country, the government uses any excuse to attempt to charge and convict conservatives (e.g., Gen. Michael Flynn, Kyle Rittenhouse, various Jan. 6 rally attendees) of crimes real or imagined. But it never seems to work the other way.

The special Prosecutor assigned to the parents’ criminal complaint against the Campbell County library officials over pornographic children’s books announced that he will not press charges. The reasons he gave were appalling.

The five books are: This Book is Gay by Juno Dawson; How Do You Make a Baby by Anna Fiske; Doing It: Let’s Talk About Sex by Hannah Witton; Sex is a Funny Word by Corey Silverberg; and Dating and Sex: A Guide for the 21st Century Teen Boy by Andrew P. Smiler.

The parents, Hugh and Susan Bennett, submitted four of the books with their complaint. This Book is Gay was not available because it was already checked out of the library, so they included photocopied excerpts from the pages.

The Sheriff’s office referred the complaint to the County Attorney Mitchell Damsky’s office. When Damsky examined the library books, he reacted as most parents would. He said the books are “inappropriate for children and disgusting,” and that it’s like giving “hard pornography to children.”

But since Damsky’s office must defend Campbell County employees, he assigned the case to a special prosecutor, Michael Stulken, in the neighboring Weston County Attorney’s office.

On October 27, Prosecutor Michael Stulken sent a rambling, somewhat incoherent letter to the Campbell County officials describing the reasons why he was refusing to press charges in the case. 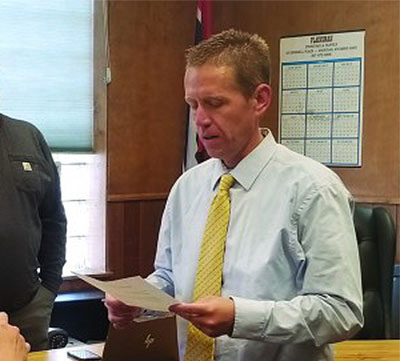 The most outrageous part of his letter was that he purposefully neglected to investigate the worst of the five books, This Book is Gay. His excuse was that the book was “not delivered” to him:

I am also advised that a book entitled “This Book is Gay” was identified as potential material for review, but the same was not delivered.

But that book was named as a part of the complaint, and photocopies of the pages were submitted. Had Stulken desired, he could have easily obtained the book from a number of sources. He could have also asked the library to send it to him when the person who checked it out returned it. It would appear that he saw the photocopies, and contrived this excuse to exclude it.

Besides that, there are other bizarre aspects to Stulken’s letter:

Thus, Stulken states that the facts in the case “are not supported by probable cause” (i.e. reasonable belief that a crime was committed) and that he could not win the case. In fact, he purposefully failed to investigate this case properly and did everything he could to run away from it. This is the kind of shameful corruption and neglect of duty that unfortunately permeates our legal system.

Cheered on by the usual suspects

Sulken’s announcement was cheered on by the usual opponents of parents.

“Stulken’s opinion appeared to be thoroughly researched,” the Campbell County Library’s executive director, Terri Lesley, told the Associated Press. “I’m happy to have this decision made so that we can move on.” (We wonder what she will “move on” to? More X-rated books in the children’s sections?)

The executive director of the LGBT group Wyoming Equality told the AP that these complaints against sexually explicit books pose a “real threat” to Wyoming’s LGBTQ community, and that the parents' complaint constitutes “asking the government to act against our neighbors.” (Note that the LGBT activists admits that such pornographic children’s books are an integral part of their “community.”)

Obviously, this is disappointing and outrageous but unfortunately not surprising, given the horrible RINOS and leftists who are running things even in Wyoming.

Our activists see this as just a speed bump. The Wyoming MassResistance parents in Campbell County are moving forward in this battle! We have much more to report soon.