Canadian tribunal fines Bill Whatcott $55,000 for expressing Christian views on "transgenderism"
Unbelievable 104-page ruling from British Columbia Human Rights Tribunal - "mis-gendering" is now a "hate crime." Watch out - this is what is coming to America! 4/3/19

Free Speech Is Dead in Canada: The Persecution of Christian Activist Bill Whatcott –1/14/19  Americans must heed the warning: compelled speech is on its way. We’re already on that totalitarian road. Canada is just farther along. Our summary of Whatcott’s court proceedings at American Thinker.

Bill Whatcott endures terrifying “hate speech” hearing before the British Columbia Human Rights Tribunal – 12/15/18; updated 1/4/19 (See VIDEOS below.)
For passing out flyers (with Bible verses) during election campaign. People around the world should pay attention to what Canada has become! Exclusive on-the-scene report.

Typically, these tribunals take approximately six months to announce their findings. If found guilty, Bill could face fines of hundreds of thousands of dollars, and possible eventual jail time.

Bill’s speech before pro-family conference in Calgary – 12/1/18
“The history of homosexual activism in Canada – and my upcoming trial.” Video here.

The history of homosexual activism in Canada
Transcript of Bill Whatcott’s Dec.1, 2018 speech.

Bill Whatcott takes the reins of new our Canada MassResistance chapter. Headed for "hate speech" trial this week – 12/7/18
For passing out flyers in Vancouver (still legal in the US!). Trial before British Columbia Human Rights Tribunal.

Our exclusive interview with Bill Whatcott just before he turned himself in on June 22, 2018.

Pro-family activist in Canada under bizarre nationwide arrest warrant for passing out ‘anti-LGBT’ flyers – 6/21/18
Canadian MassResistance ally Bill Whatcott charged in two “hate speech” cases. Being sued by “gays” for $104 million. Is this what the future of the United States looks like? 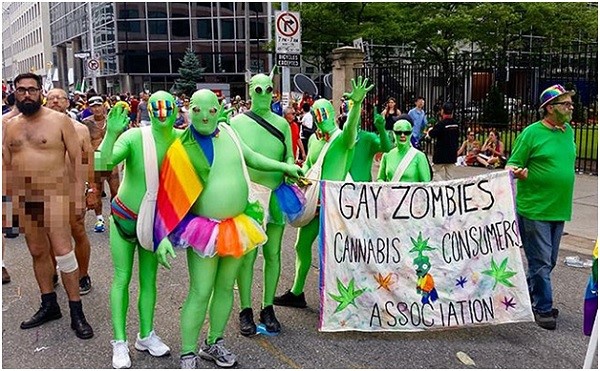 Bill Whatcott and friends at the 2016 Toronto Pride event. Bill is in the rainbow tutu. See video of Whatcott’s “Truth Warriors” handing out their packets here. They are surrounded by naked men marching. 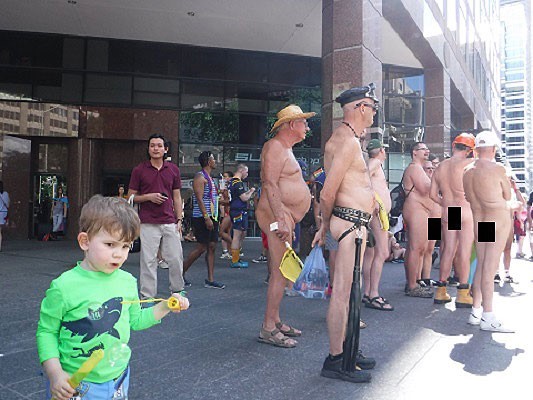 Above: Illegal nudity at the 2016 Toronto Pride parade.

See Bill Whatcott’s “Hate Crime” at Toronto Pride Parade in 2016
Video posted by one of his allies of the “green zombies” handing out Bible verses and health risk information. Note that the Christian marchers are surrounded by naked homosexuals. 7/6/16

Canadian pro-family activist Bill Whatcott interviewed by Amy Contrada of MassResistance (June 22, 2018)
An hour before his extradition to Toronto where he is charged with a "hate crime" for passing out Bible quotes and health risk alerts at the Toronto Pride Parade in 2016. 6/30/18

Lecture: The History of Homosexual Activism in Canada and His Upcoming Trial
Whatcott’s lecture at the Agape Fellowship Conference in Calgary on Dec. 1, 2018. His trial before a British Columbia Human Rights Tribunal (scheduled for Dec. 11-14, 2018). 12/7/18

Bill Whatcott on Day 2 of the “hate speech” hearing (Dec. 12, 2018)
Whatcott is joined by Peter Fromm of the Canadian Association for Free Expression (CAFE) to discuss what happened at Day 2 of Bill's "hate speech" hearing before the British Columbia Human Rights Tribunal. 12/18/18

Bill Whatcott's reaction after Day 3 of his "hate speech" hearing (Dec. 13, 2018)
At the end of Day 3, Bill Whatcott posted this video on Facebook. It is a brilliant description of this bizarre event. The next day this video was introduced as "evidence" against him! 1/4/19

Bill Whatcott's reaction during Day 4 of his "hate speech" hearing in Canada (Dec. 14, 2018)
During a break in the Day 4 session, Bill Whatcott answers questions about the Tribunal's newest accusations against him. He is interviewed by Kari Simpson of Culture Guard, based in British Columbia. 1/4/19

See also from Americans for Truth about Homosexuality:

Canadian Judge Finds LaBarbera, Whatcott Not Guilty of ‘Mischief’ Charge for Protesting at University of Regina – 12/23/14