Here's what we expose – see chilling 3-minute video of state-sponsored 'youth pride' event
MassResistance does what no other pro-family groups do. 12/29/2015

New York City begins most oppressive “transgender rights” enforcement in US. Up to $250K fine for using the wrong name in workplace -- and worse.
It's where the "transgender non-discrimination” laws are taking us. Coming to your state? 12/28/2015

Coming to your child's school: The new “Transgender Awareness Month”
The “gender identity” movement's next conquest -- using the "transgender anti-discrimination" laws as a stepping stone. 12/12/2015

Helping to break down down a child's sense of male/female identity. [Photo: Fenway Health]

Mass. Governor’s Council approves radical LGBT nominee for Appeals Court Judge by 7-1 vote
Thanks to a GOP governor, the legal landscape for pro-family people just got much, much worse 12/12/2015

Mass. GOP Governor appoints radical LGBT activist as Appeals Court Judge.
We’ve been saying it for years: This is what voting for “the lesser of two evils” brings. 12/8/2015

Analysis: What really happened in Houston – How the transgender “bathroom bill” was defeated against overwhelming odds
A lesson for the rest of us. 11/24/2015 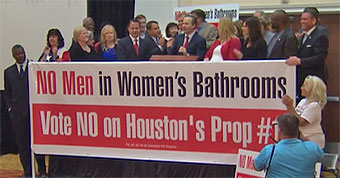 An impressive army of pastors, community activists, and politicians came out fighting!

Planned Parenthood sex-ed school bill passed by Mass. Senate, despite stiff battle. Goes to House. A lesson about politicians.
Debate of bill shows outrageous elitism and disdain for parental rights by many politicians. (See video!) Shows the necessity of aggressive lobbying by our side to prevail. 11/21/2015 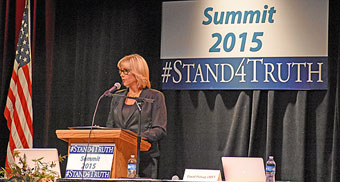 Dr. Church continues to wait for decision from hospital Board of Directors. Outrage continues around the world.
On his appeal -- challenging his firing for telling the truth! Big topic of concern at rnational pro-family conferences. 11/9/2015

National conference on "Understanding Homosexuality - the politically incorrect truth" a big success!
Seen around the world! Despite efforts by pro-family "moderates" to stop it. 11/5/2015

An All-Star group came from all over the country.

Powerful pro-family conference on “Understanding Homosexuality – the politically incorrect truth.” Oct 26 in Salt Lake City, or via streaming video.
Learn how to deal with the radical agendas! Sponsored by major US pro-family groups (including MassResistance). Nationally known experts presenting. 10/17/2015

Dr. Church gets 15 minutes to speak in final appeal before Board of Directors. Outrage continues around the world!
New petition now over 8000 signatures! National doctors' group: "Sham peer review" by hospital. 10/12/2015 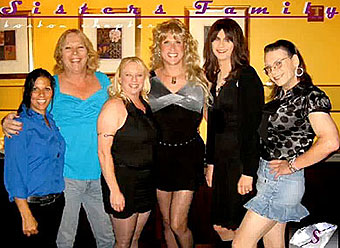 Yes, these are all men. They tried to get a restaurant punished when management tossed them out anter the customers became uncomfortable.

Board of Directors to judge Dr. Church's claim that firing was blatantly biased and violated hospital rules
Dr. Church goes before hospital’s Board of Directors on Oct 7. Last possible appeal of physician's expulsion for telling the (politically incorrect) truth about homosexual behavior. You still need to get involved – NEW petition to sign! 10/2/2015 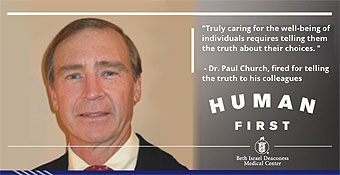 "Truly caring for the well-being of individuals requires telling them the truth about their choices."

Despite general "mainstream media" blackout, Dr. Church issue is getting coverage
The word is getting out, fueled by conservative media. And people are shocked! 10/2/2015

Rich Gregoire - the most fearless activist we knew
He was an inspiration to us all. And he worked in a public school! 9/25/2015

Dr. Church officially appeals to hospital Board over firing. Thousands of petitions delivered to president's office.
People signed from all 50 states and 77 foreign countries! 9/22/2015

The Kim Davis standoff: Religious freedom argument is not enough
Can there be religious freedom without a cultural counter-revolution? She’s out of jail -- for now. 9/20/2015

Movement in Finland to repeal “gay marriage” law ignites across country -- using MassResistance materials!
With a new pro-family government elected this year, the battle is gearing up across Finland with more energy than ever. 8/21/2015

Protests by MassResistance at hospital in Boston continue over expulsion of Dr. Church.
Hundreds of flyers (per hour) having an effect among staff. Keeping up the pressure. Awaiting verdict on appeal hearing. 8/18/2015

MassResistance takes to the streets for Dr. Church -- physician expelled from hospital staff for telling the truth about homosexual behavior!
Signs and flyers at busy entrance to hospital in Boston. SEE VIDEO. 8/4/2015 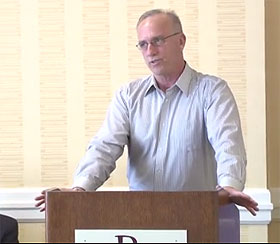 "Reparative therapy saved my life. I was one of those 5-year-old boys who was sexually abused."

SCOTUS re-trial on marriage issue? It’s possible if GOP doesn’t cave in.
It’s not completely over yet. But a group of treacherous and cowardly Republican politicians are standing in the way. 7/9/2015

The Turning Point: Lawless “Gay Marriage” in Massachusetts
By Amy Contrada. The rule of law was killed in Massachusetts in 2004. The judges and Governor got away with its murder. 7/7/2015

An Independence Day message about fear.
Let’s be honest. Being called nasty names or boycotted, etc., is small potatoes in the context of things. Also: see video. 7/4/2015

US Supreme Court marriage ruling: How we got to this & what to do now
A candid analysis from the trenches. 7/1/2015 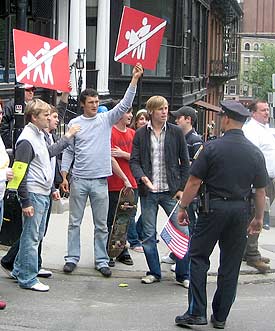 Analysis: What REALLY happened in Ireland's election: Massive US-funded "gay marriage" blitzkrieg as never seen before.
Nationwide vote would have surely failed otherwise. Are other countries next? This should be a wake-up call around the world. 5/28/2015

Ireland national vote on “gay marriage” on May 22. Pro-family activists used MassResistance info to warn voters of consequences.
Up against millions of US “gay” dollars and overwhelming support by politicians, media, business, and liberal elite. 5/21/2015

The crisis in pro-family activism - and what we’re doing about it
There’s never been a bigger need to confront the radical agendas being forced on families, children, and religious believers. 5/13/2015

Unbelievable surveys given to children in Mass. - and schools across America
On sexuality, suicide, drug use, criminal activity, personal and family life. Wait until you see the questions! 5/5/2015

Orthodox rabbis tell it like it is outside Supreme Court hearing.
Set an example for other pro-family clergy. 5/1/2015 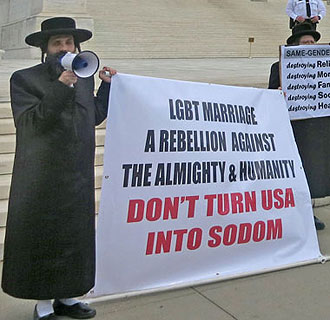 They came from New York and New Jersey and aren't afraid of the liberal media or the mushy pro-family establishment.

Ten things you need to know about the US Supreme Court “gay marriage” case being heard April 28, 2015
What was once a fringe, unthinkable idea could be imposed on the entire nation. 4/26/2015

Analysis: What went wrong in the “Religious Freedom” fight in Indiana and Arkansas?
Failure by pro-family leaders to see roots of problem. 4/10/2015

MassResistance and Catholic Action League pressure on Knights of Columbus leads to media fireworks!
Normally, a contingent deciding not to march in a parade would not be the least bit newsworthy. But liberals hate to lose. 3/31/2015

For some reason the LGBT "veterans" contingent was flanked by police as they marched.

VICTORY: Knights of Columbus drop out of “pro-gay” Boston St. Patrick’s Parade after massive outrage from traditional Catholics
Today we saw the triumph of resolute religious believers over the homosexual lobby. 3/13/2015

MassResistance taking it into the churches!
Camenker speaks at Sunday service, rallies Pentecostal Church in Rhode Island on fighting the "culture wars." 2/6/2015 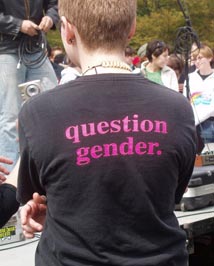 The LGBT movement's big push is to bring its destructive agenda to younger and younger children.